Monster Hunter Rise: How to Get Flame Sac

Thankfully, Flame Sac can be farmed through a lot of sources 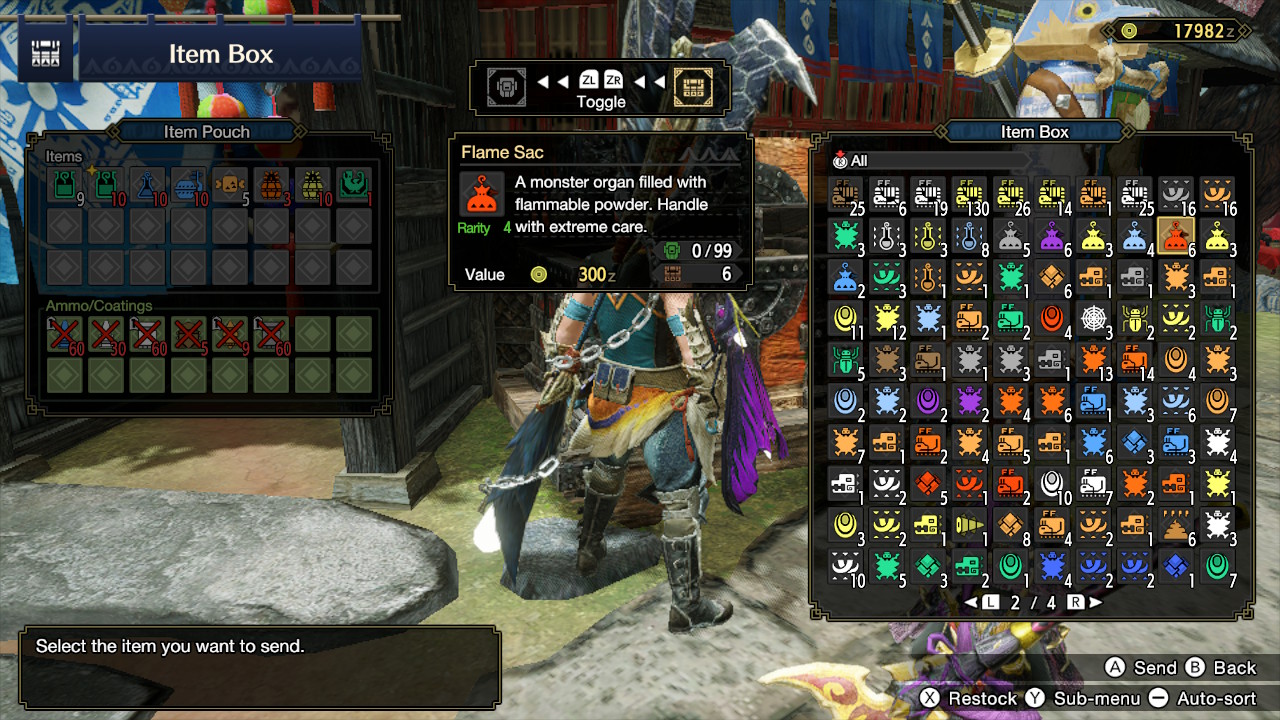 Flame Sac is another one of the infamous ‘Sac’ materials found in the world of Monster Hunter Rise. Usually being dropped by large monsters after slaying or capturing them, they are more often than not needed for upgrading elemental-type weapons and crafting specific armor. Below we will see how exactly we can find ourselves some Flame Sacs.

How and where to find Flame Sac in Monster Hunter Rise

Flame Sac is one of the first of its kind items that you can find in Monster Hunter Rise, as the monster that has the best chances to drop it, is the elegant Aknosom. Of course, due to the nature of the monsters in the game, Flame Sac can be dropped by a good number of other early-ish creatures, such as Basarios and the Rathalos family. 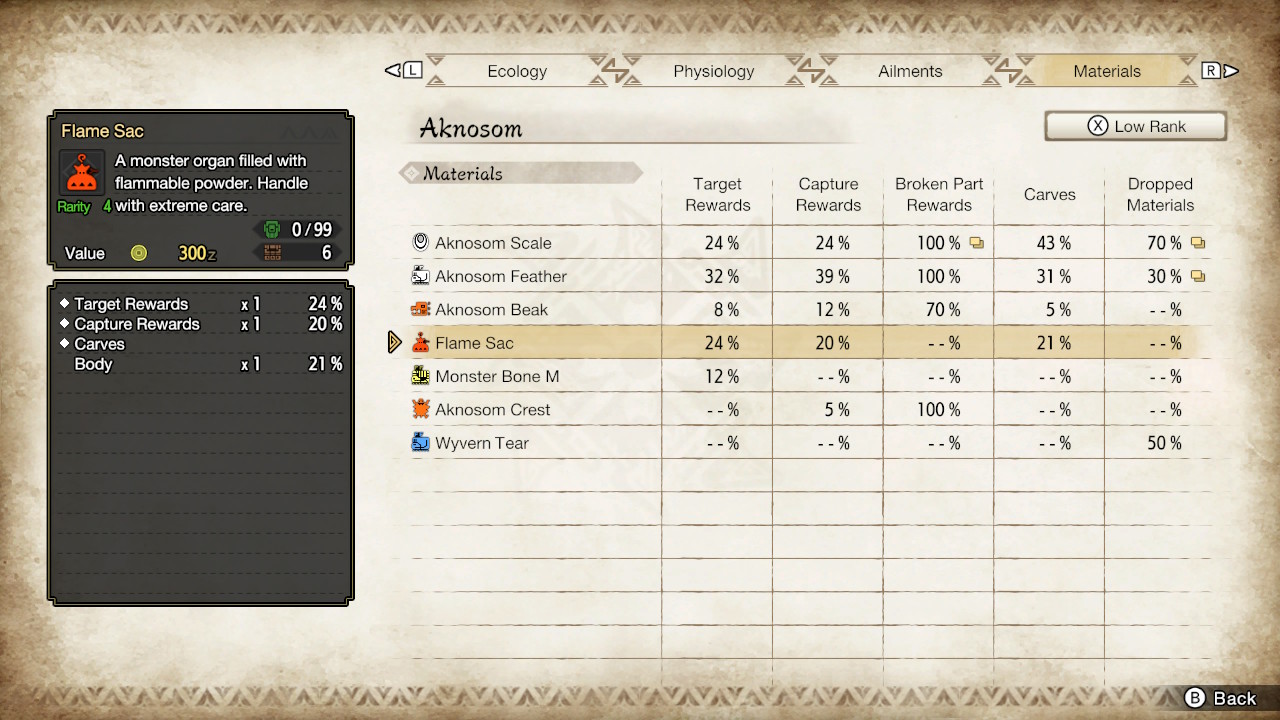 That said, Aknosom remains the best candidate for farming this material, due to not only how easy it is to hunt it, but also because of its increased chances to drop it. As you can see in the picture above, it boasts a 24% chance on Target Rewards, 20% chance on Capture Rewards and 21% chance to drop as a carve item. That is by far the best out of all the Low Rank monsters, hence why only Aknosom is really recommended if you want to grind some Flame Sacs.

There is one reason though, to choose farming another monster (besides the need for specific gear materials), namely Basarios. The specific Flying Wyvern drops both the Flame and Poison Sacs, which can be an alternative if you want to kill two birds with one stone. They do have lower chances to be found though, so choose your target accordingly.

With that last note, this is how and where you can get a Flame Sac. Not that hard in comparison to the Electro Sac, but still needs some effort. Grab your trusty weapon and throw yourself into the field.