Mount and Blade II – How to Sell Prisoners

Ransom off those you have no desire to hire. 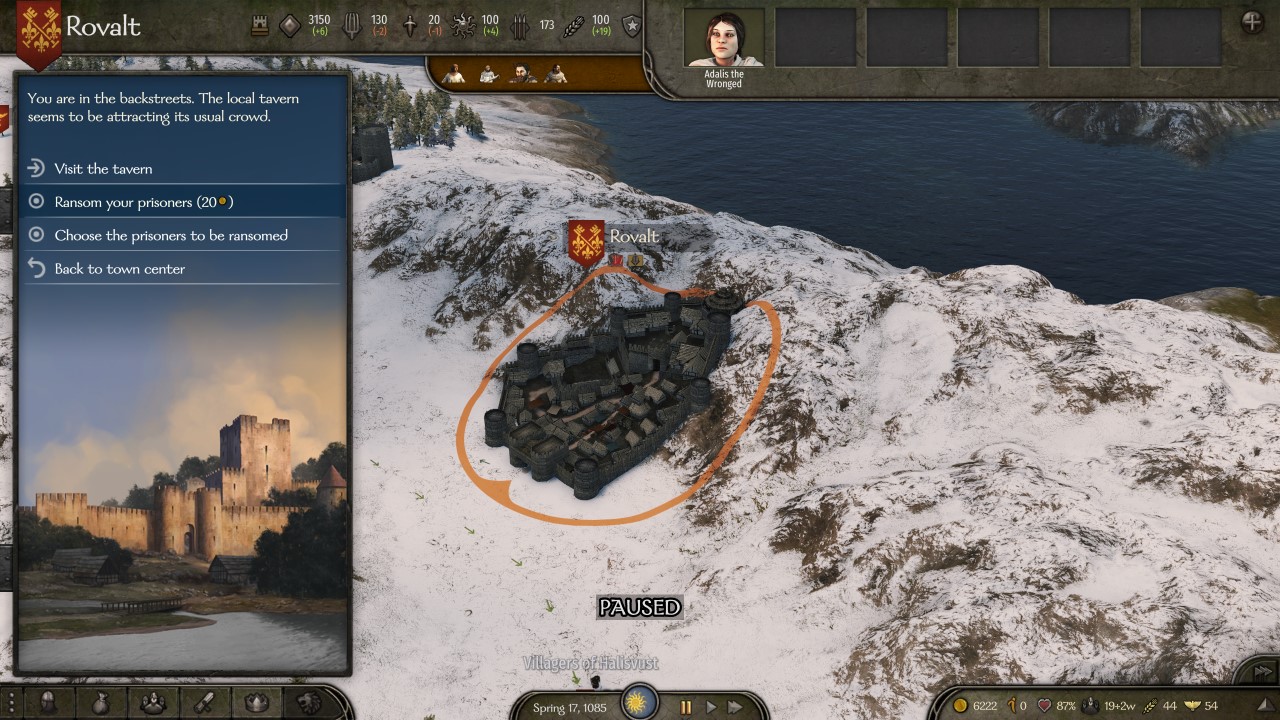 Taking out looters and opposing armies is busy work in Mount and Blade II: Bannerlord, and you’ll eventually find yourself with a gaggle of prisoners weighing you down. Prisoners can become potential troops, but what if you want to ransom them off for coin? You can sell prisoners in any major city, though there are a couple things you should consider.

Prisoners can be sold in the Tavern District of any major city.

You can sell prisoners in Mount and Blade II at any major city from within the Tavern District. Simply select the district and the option to sell prisoners will appear. The value will be determined by the type of troops your prisoners are, but you can make more money with a captured noble or lord.

That said, lords and nobles tend to ransom better in cities that either belong to a kingdom that wants their head, or to their own faction. You may also have a couple prisoners on hand you wish to convert to troops. To keep those you wish to barter or keep for later you will want to use the action below selling your prisoners, considering it will allow you to pick and choose who gets ransomed.

Remember this: prisoners can escape over time (especially nobles and lords), and if you are over your prisoner capacity they escape more easily. Prisoners also slow you down, so you want to sell prisoners whenever possible and keep their numbers thin if you plan to make a minor fortune by ransoming a more esteemed prisoner.