Aww geez, Rick, they put me in the game first, and these grappling shoes still don't work! 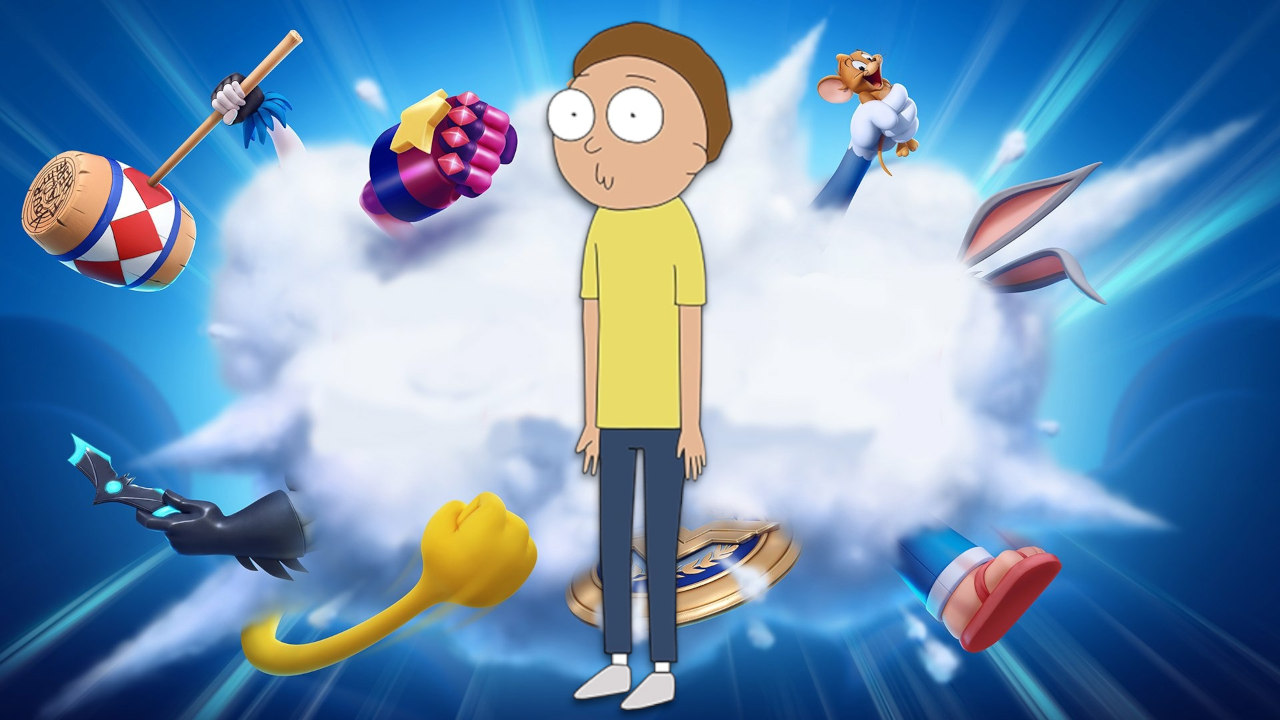 MultiVersus is the party fighting gift that just keeps giving, with numerous acquisitions of Warner Bros. being pitted against each other in seemingly implausible, but riotously enjoyable ways.  The latest additions to the roster included the Space Jam fictionalization of LeBron James, followed by that are two well-known, beloved modern hits from Cartoon Network’s Adult Swim: Rick and Morty.  While Rick Sanchez has yet to have a confirmed release date, his grandson, Morty Smith, will be playable soon.  Read on for our coverage on Morty in MultiVersus: Release Date, Moveset, Abilities, Skins, and More! As it stands, Morty releases as a playable character for Season 1 with a release date of August 23, 2022.  His grandfather, the jaded alcoholic genius scientist Rick Sanchez, will appear possibly later in Season 1 and has already had major leaks for his moveset and abilities, so read here for more details.

WB Games made it more obvious that the characters were coming soon with the kicking off of their Cromulons Community Challenge at the end of July, which would unlock the Cromulons stage featured in the season 2 episode “Get Schwifty” once 10 million ringouts were collectively achieved by MultiVersus players.  This challenge was completed in an astounding 3 hours, speaking to the popularity and vibrant community the game already has.

YOU SHOWED US WHAT YOU GOT the Cromulons Map is now live! #MultiVersus #MVSEvents pic.twitter.com/s1FySamIE7

While there is not an official moveset listed just yet for Morty, WB Games is being cited as developing Morty as a projectile-centric fighter, with abilities centered around rapid movement across the stage and counter moves being at his disposal.  How this will manifest in the game is still up in the air, but it will likely feature him at his most ruthlessly competent self, given his proficiency with laser guns and grenade weapons by season 5 of the series.  If you’ve got a good Rick player by your side, and master this character to pull off some devious licks and keep the enemy pinned down, they will have good reason to say, “There you go, kid.  Now you’re Evil Morty, too.”

This is purely speculation, but it seems to be a reasonable possibility we will see the various iterations of Evil Morty as a skin, although it would be neat if, for a counter of Morty’s, we saw his sentient arm, Armothy, from season 3 episode “Rickmancing the Stone” tossing opponents like ragdolls.  For now, though, we’ll have to wait and see what WB has up their sleeves, so keep an eye out on August 9th!  So make sure your grapple shoes are turned on, so you don’t fall victim to an early ringou!

MultiVersus is available to play for free on PC, PlayStation 4 and 5, Xbox One, and Series X|S.  Be sure to check out our many other guides on the game!  And with PC modders keeping plenty busy lately, Morty is far from the strangest new addition, such as the options seen here.