Let the quest for Rebirth begin! Ronnie2K is back in NBA 2K23 and he has his Rebirth quest ready to go. If you don’t know, Ronnie2K is one of the main faces in 2K. He has a quest called Rebirth that is accessible through MyCareer, but it is challenging to complete. Here is how to unlock and complete the Ronnie2K Rebirth quest in NBA 2K23.

How to Unlock the Ronnie2K Rebirth Quest in NBA 2K23

In order to unlock and start the Ronnie2K Rebirth quest in NBA 2K23, all you need to do is create your MyPlayer in your MyCareer and play in the summer league. Once that is done and you have access to The City, you’ll have unlocked Ronnie2K’s Rebirth quest.

While in The City, open your quest journal in the menu. Once here, look at your special side quests. You should see the Rebirth quest ready to go.

Now that you have unlocked the Ronnie2K Rebirth quest, you’ll want to know how to complete it. Completing the quest will give you some fresh threads as well as the Rebirth ability. Though the Rebirth ability doesn’t increase your current character’s stats, it does increase the maximum stat cap on any new characters made and gives you free badge points for them.

All Ronnie2K Locations in NBA 2K23

With the Ronnie2K Rebirth quest unlocked, the tricky part is finding Ronnie2K in The City and completing his requests. You can find Ronnie2K in four places throughout The City. Each Ronnie2K location in NBA2K23 is marked on the map below. 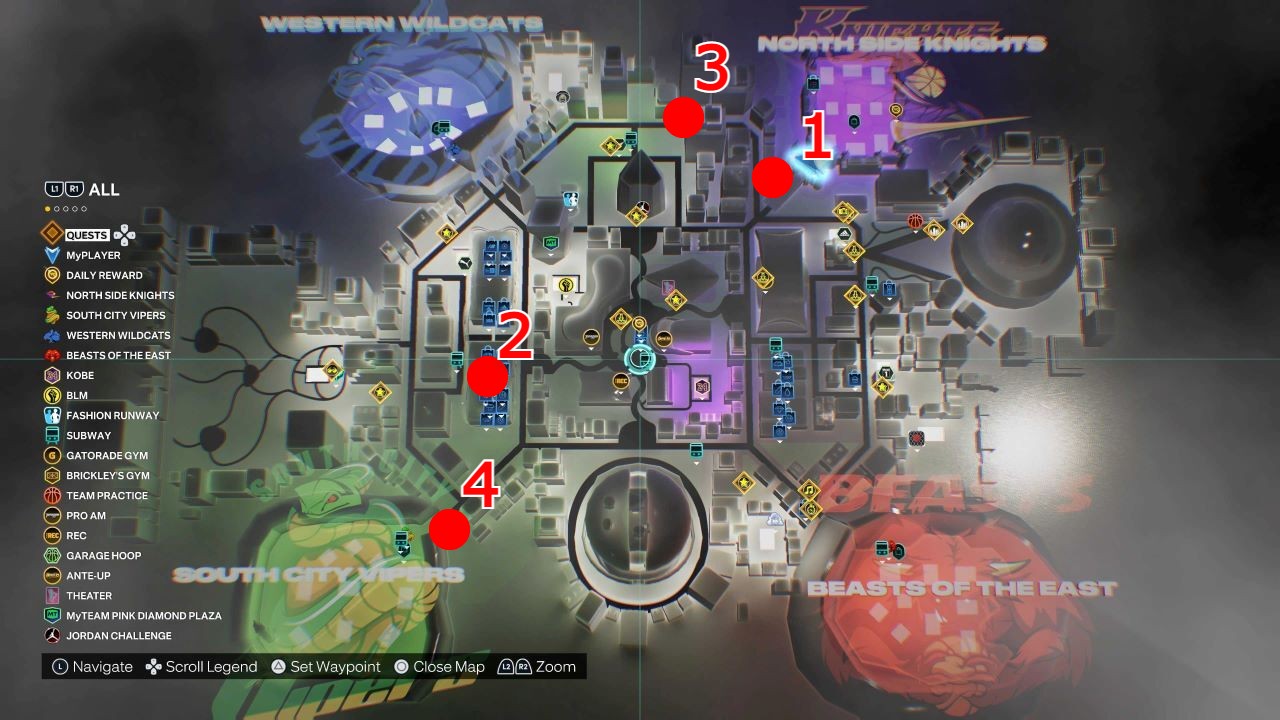 Find Ronnie2K next to the dumpster in the North Side Knights area. Your first task is to reach 65 OVR. Once you’ve accomplished this, head back to Ronnie2K to receive a Ronnie2K and Sophie Tee.

Ronnie2K’s next location will be in front of the Embellish store in the shopping district. The second task is to reach 75 OVR. Once completed, return to Ronnie2K and collect the Spawn Point Selection perk.

The third location for Ronnie2K is north in front of the 2K buildings, close to where you first met Ronnie2K. This time, Ronnie2K requires you to reach 88 OVR. Return to him when you have and you will get the ability to take your shirt off.

for the last step, Ronnie2K will be at the entrance of the South City Vipers area. The last task is to reach 90 OVR. When you have accomplished that, talk to Ronnie2K again to receive the Rebirth ability.

And that is how to unlock and complete the Ronnie2K Rebirth quest in NBA 2K23. If you are looking for more NBA 2K23 coverage, check out our NBA 2K23 page. We’ve got the best dunking guide, how to change your city affiliation, and much more.