Awaken the Steph Curry in you! 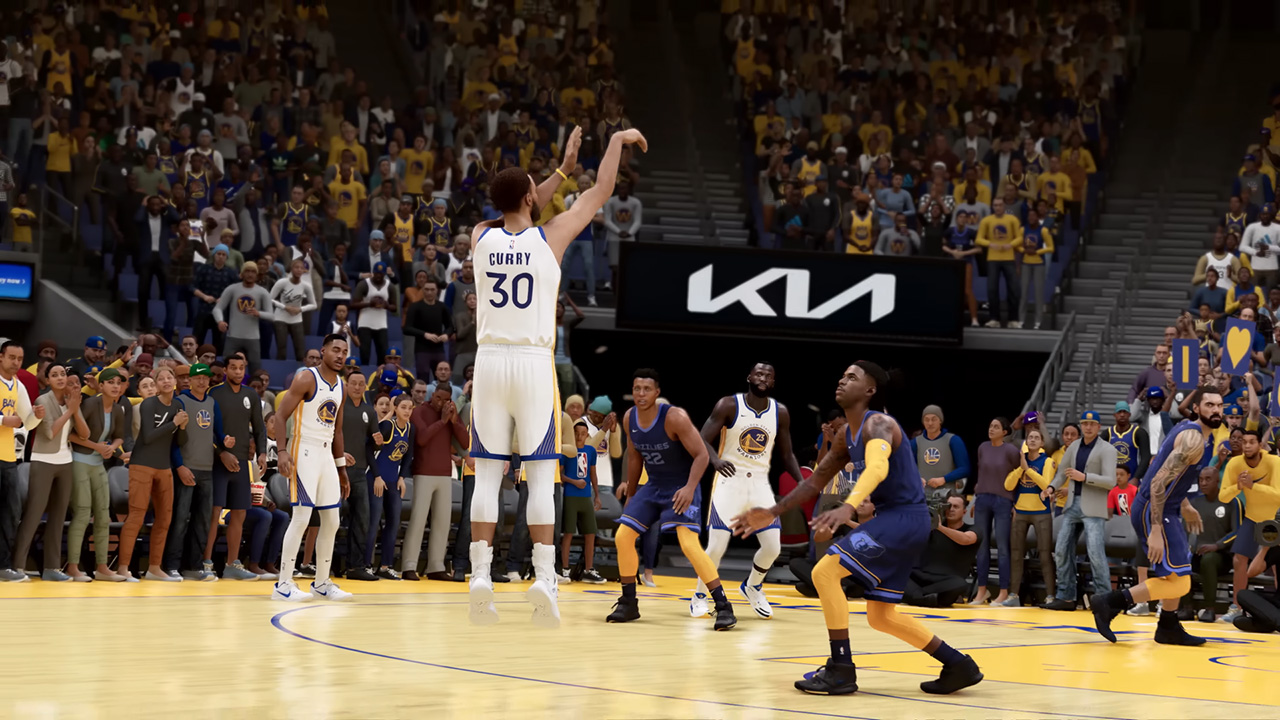 NBA 2K23 is here, allowing fans all over the globe the chance to experience the next step in the acclaimed franchise, which includes new game modes, improved graphics, and a few changes to some core mechanics. With that said, many fans already know that knowing how to shoot the basketball — no matter the distance — is a must. Whether you need to change your camera angle to do that or not. But how can you actually do that efficiently in the game? Now, to allow you to awaken the Stephen Curry in you, here’s a guide sure to improve your shooting on NBA 2K23.

Let’s start with the basics of the basic. In NBA 2K23, you can perform a Jumping Shot by getting hold of the ball and then holding Square (PS4/PS5), X (Xbox One/Series X/S), and Y (Nintendo Switch) until you reach the perfect release spot, which will be showcased in green on the meter. Once you enter the green zone, you just need to release the button to complete the motion.

Is important to point out that, in 2K23, each jump shot style will have its Shooting Attributes (Stats), which will showcase its efficiency in multiple scenarios, as well as its peculiarities, such as how high will be the release as well as the speed in which the player can complete the shooting mechanic. When playing on Carrer Mode, the physical attributes of your players will directly affect the styles you will have access to, so keep that in mind.

With that said, and now that you know the fundamentals of shooting, here are a few tips sure to allow you to shoot more efficiently from the 3-point line.

Keeping the shot meter may not be ”cool” but is a great way for new players to learn the basics of shooting and get the time of it mastered, which, will, in turn, allow them to shoot by instinct and score most of the time. Once you get a good grip on the mechanics, as well as find the sweet spot for the release, we recommend that you take the meter off and then focus on your own feeling when shooting.

NBA 2K23 allows you to change the release time for all jump shots, giving you the chance to change how much time you will have to hold the shooting button. With that said, if you are struggling to perform perfect shots, changing the setting in an optimal way may be the key to getting the hang of it. You can change this setting by heading to Options and then to Controller Settings.

If you are having trouble with the game’s shooting mechanic, forget the flair and focus solely on efficiency by performing easier shots while away from your marker and from optimal positions. With that said, as always, practice is key, so keep honing your skills until you feel confident enough to try it out in a real game. Remember, it is better to take a little longer and be fully ready than to go in half-baked.

Pick the Right Jump Shot Combination (My Carrer Only)

Last but not least, for those struggling to score in My Career, the mode allows players to assemble their own signature Shot, which can be made by pairing the Base and release mechanics of many NBA players, which will have, as we mentioned above, its own stats, divided between Shot (Release) Speed, Release Height, Defensive Immunity, and Timing Impact. With that said, for starters, we recommend that you focus on Speed and Defense Immunity, but which combination will work the best for you is completely personal, so don’t forget to try out as many as possible.

You may even be wanting to carry over these tactics to other platforms after you find out if NBA 2K23 has crossplay and cross-save functionality.

NBA 2K23 is available at this very moment on PlayStation 4, PlayStation 5, Xbox Series X/S, Xbox One, Nintendo Switch, and PC.