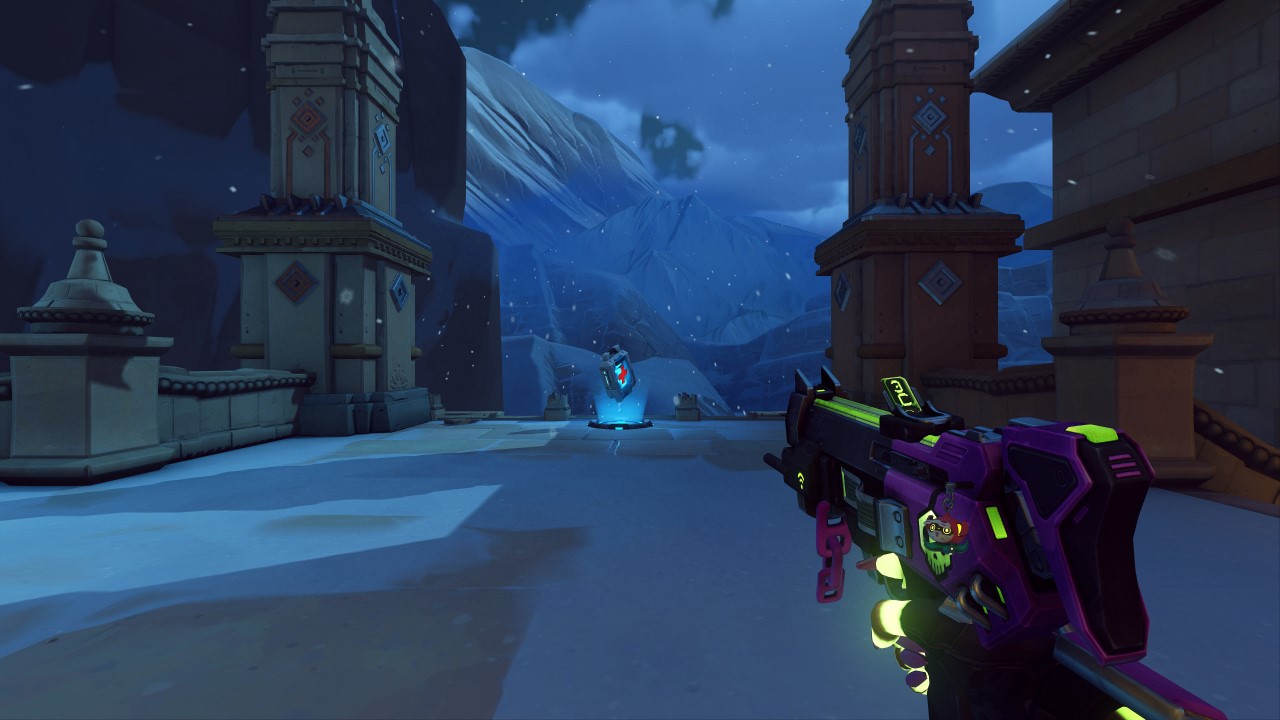 When it comes to any map in Overwatch 2, knowing the health pack locations is key. Sometimes you need to patch yourself up after a fight as a DPS or a tank and there is no healer nearby to heal you. If you don’t know where any health packs are, you are going to be aimlessly wandering around trying to find one until you get caught out and killed or you will be making the long trek back to spawn. Let’s go over where all the health packs are on Shambali Monastery in Overwatch 2.

With all of the new challenges centered on Shambali Monastery, you are going to find yourself in need of healing everywhere on the map. While you could get your healer to come to you and top you off, you will normally be better of going to the nearest health pack and resetting for your next fight. Let’s start with the attacker’s spawn and go over where each health pack is.

Going down the path the cart will take, we can find another small health pack in a small room off to the left of the track. This pack is where most defenders will want to hold by as it will allow them to heal up a little bit without needing to give back so much ground.

Following the path a little further down we have another small health pack in a double-entrance building that is just straight ahead from where the cart spawns. This pack is almost too out of the way to be useful for either team in a fight and is much better used by DPS that need a quick heal before getting back into the fray.

After the second turn in the cart track, we have two more health packs that can be picked up. Again it is a small pack that is easily accessible from the main track. There is also a large pack that will put you much further away from the fight. It will take you much longer to get back from getting this health kit unless you are a mobile character and willing to waste that mobility to put yourself back in the fight.

Now we come to the tunnel which is once again a part of an elimination challenge. Luckily there are three different health pack locations in the tunnels alone. This should make the challenge much easier as you can quickly heal up after any fight you take.

There are two small health packs, one located in a small tunnel to the right of the main tunnel entrance. The other is a few steps to the left of the main cart track. At the U-turn in the tunnel, you can find a large health pack just behind the equipment platform. all of these are quite close to the main track which makes them easy to get to in a fight.

Coming out of the tunnel we have another small health pack at the beginning of a flank path. If you follow the path you will run into a large health pack before coming to the first checkpoint for the cart and the defenders starting spawn.

Healing is going to be a bit sparse as you approach the final checkpoint. There is only one small pack between the defender’s first spawn and the end of the map. The pack can be found to the right once you exit the roofed spawn area past the first checkpoint.

Finally, we come to the last cap area and the defenders’ second spawn. This is the area where you can complete the four masters challenge and there are two packs for you to use to keep yourself in the fight. A small pack is located to the right of the last checkpoint and a large pack can be found on the opposite side of the small pack. Be careful though as the large pack is overlooking a cliff that you can be pushed off of.

Those are all the health packs on the Shambali Monastery map. It might take a bit of time to learn them all. Once you have all the locations memorized, you should find yourself being able to win more fights as you are able to take them at full health.