Prepare yourself for Dia de Muertos in Pokemon GO! 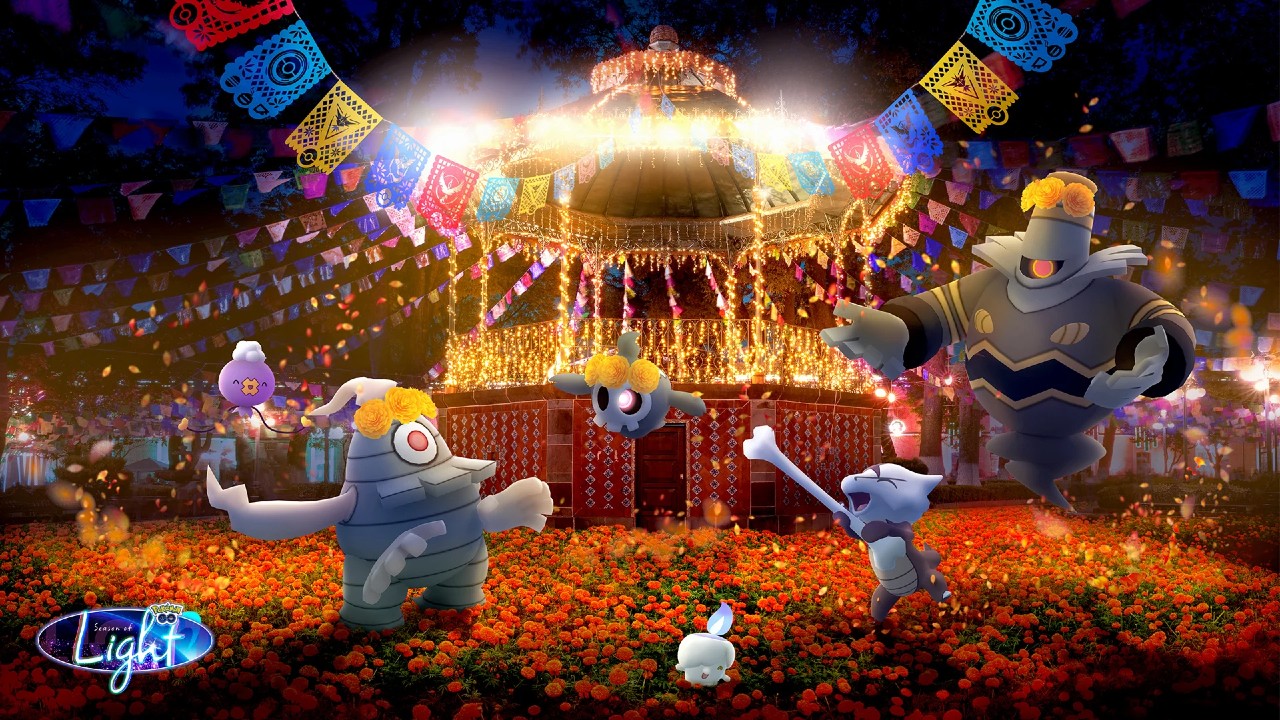 If you’re looking to keep the fun going in Pokemon GO, you’ve got a whole new event to keep you occupied in the coming weeks. After the Halloween Events have finished off, you’ll only need to wait a short time before you’re able to jump right back into the fun.

But, if you’re not familiar with the Dia de Muertos event in Pokemon GO, you may be wondering what you’ve got to look forward to. Let’s dive right into the details, and find out what you’ll be able to do during this day of the dead in your favorite mobile game!

To help celebrate this tradition, you’ll be able to jump in on the action from November 1 at 10:00am until November 2 at 8:00pm Local Time. During this event, you’ll be entitled to a few extra bonuses that will allow you to level up your favorite monsters even faster, as well as a few new Costumed Pokemon debuts!

As you roam the streets of your local city or decide to go on a little road trip, you’ll have these bonuses active to help you while collecting as many Pokemon as possible:

If you’ve noticed in the image above, Duskull, Dusclops, and Dusknoir are all wearing a traditional Cempasúchil Crown. The marigold is the traditional flower during the Day of the Dead celebration, so allowing some of the more iconic Ghost-type Pokemon to wear these crowns is something that all players will want to get their hands on. These Pokemon will only be available during the event, as well!

While you’re out and about, you’ll see an enhanced spawn rate for some excellent monsters during this event. If you happen to be in Latin America or the Caribbean, you’ll also see even more of these Pokemon than normal. As you’re catching them all, keep an eye out for these Pokemon, all of which include a Shiny Variant.

You’ll also have a chance to find even more Pokemon while using Incense and Lure Modules. Putting one of these buffs into effect will allow you to draw some different Pokemon to your attention, including:

If you’ve had enough time to capture different monsters and want a change of pace, you’ll be able to showcase your battling power against some powerful monsters in the Gyms around you. Make sure that you’ve stocked up on Raid Passes, as you challenge these powerful monsters to a duel for the ages.

As you work towards your goal of filling up your PokeDex, you’ll also have a few new Field Research Tasks to keep you occupied. You’ll be able to claim plenty of excellent items, Pokemon, and more when you have completed these tasks. If you find yourself running short on Pokeballs, this is a surefire way to get your hands on a few extra!

Now that you’re ready to take on the world during this Day of the Day celebration, make sure that you’re checking out our Pokemon GO Guide Section. You’ll be able to prepare yourself for Teddiursa Community Day, find out how to evolve Ursaring into Ursaluna, and if you’ll be able to get your hands on a Shiny Teddiursa in the game!