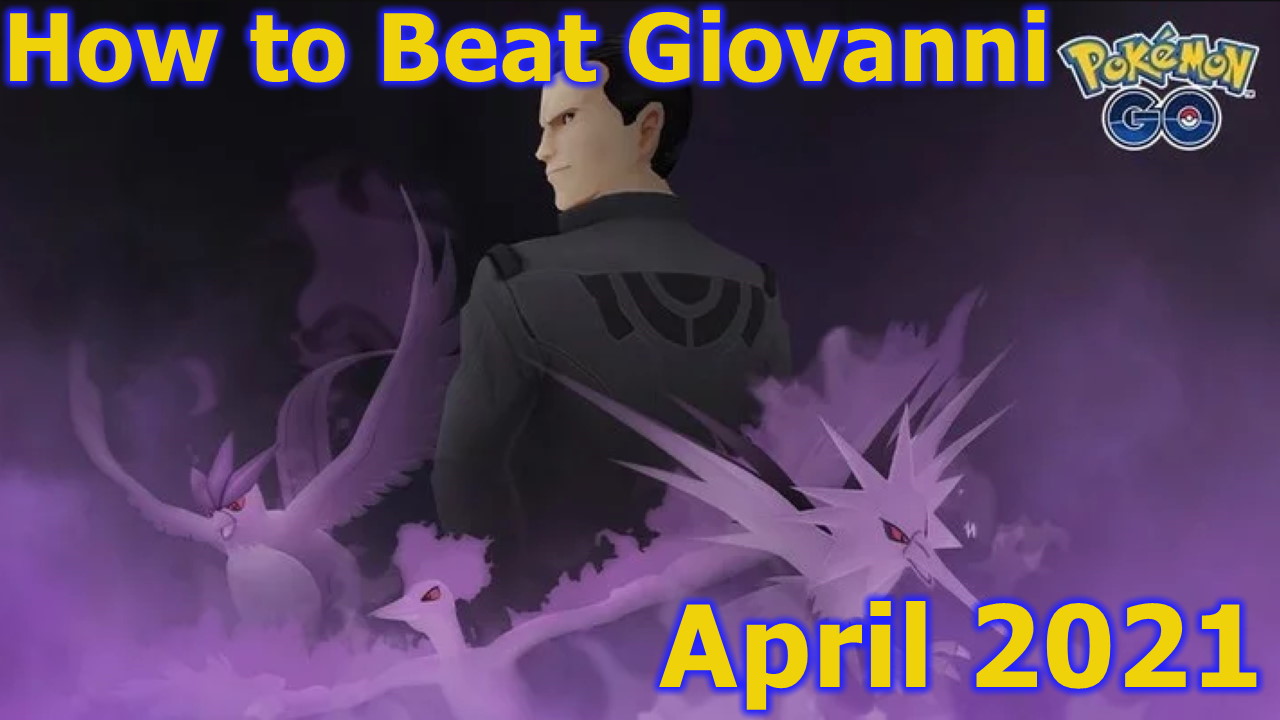 The Team GO Rocket Boss Giovanni is back for another battle in April 2021 for Pokémon GO. This time you’ll be able to catch his Shadow Zapdos, but only if you can find and beat him. The process remains the same as last month, but if you missed out or decided to skip it you’ll have some questions. To help, here’s how to find and beat Giovanni, the Team GO Rocket Boss in Pokémon GO for April 2021.

Of course, before you beat Giovanni you first have to find him. This might be tougher for April 2021 since many players already completed the “The Higher They Fly” Special Research quest. The big reward there was a Super Rocket Radar, which is required to find and beat the Team GO Rocket Boss Giovanni. If you haven’t already just use that guide to complete the quest and receive the Super Rocket Radar. If you have already finished the research and used the item then you will have to complete the new Tricky Pokémon Timed Research (we’ll update with a guide when available).

Either way, to find the Team GO Rocket Boss Giovanni you need a Super Rocket Radar. Once you have one just equip it and you’ll start to see Giovanni appear at Poké Stops. you can tap the Radar on the main screen to scan the area if you don’t see one already nearby. Once found you might discover that this is a decoy, offering a battle with a regular Team GO Rocket Grunt instead. Just repeat this process until you find the real Giovanni and the battle can begin.

How to Beat Giovanni in April 2021

Once you find the Team GO Rocket Boss you have to face off against the powerful foe Giovanni. His three Pokémon team can be a real challenge, so we have counters against each down below.

As always, your fight against Giovanni will begin with Persian.

Next up will be either Kangaskhan, Nidoking, or Garchomp. Here’s the counters against them all.

For his final Pokémon in April 2021 Giovanni will be using Shadow Zapdos. Win this fight and you’ll have a chance to catch him, but you need to beat him first. Here’s the best Shadow Zapdos counters in Pokémon GO for April 2021.

And that’s how to find and beat Giovanni in Pokémon GO for April 2021. Next month will be Shadow Moltres, so check back in May for help there.