A fetch quest for an exclusive non-native Pokemon to the Hisui region. 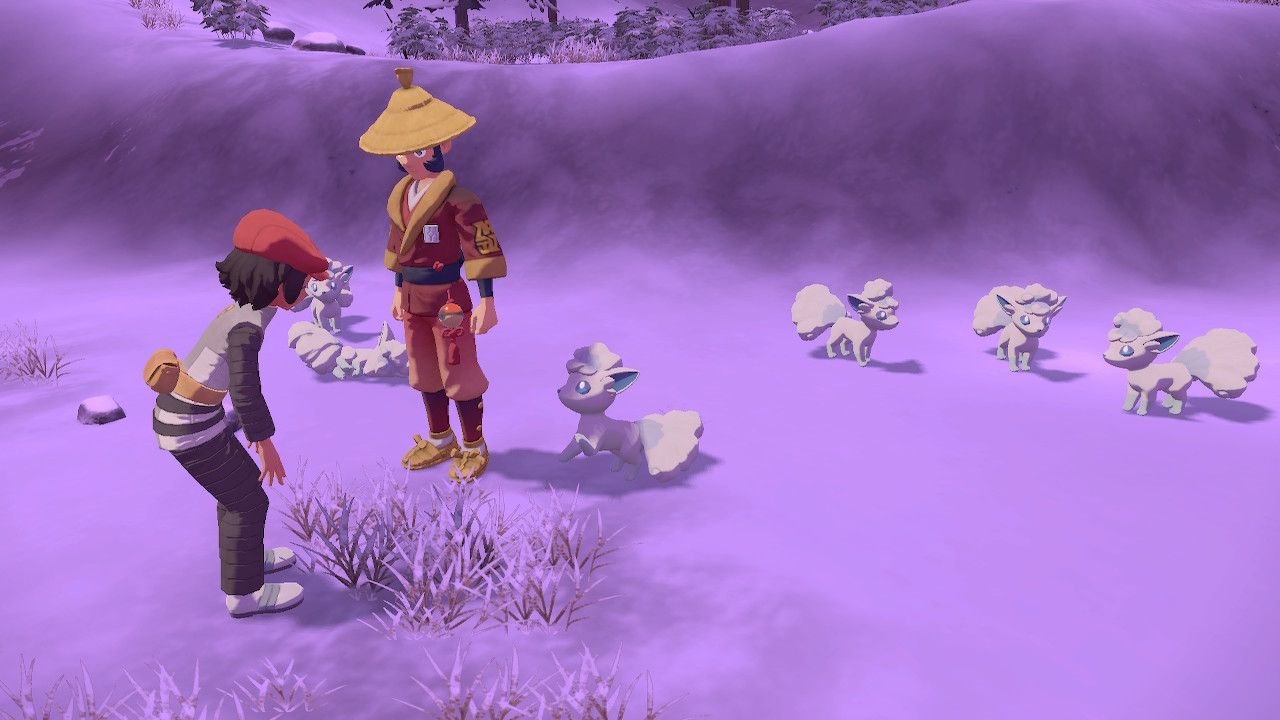 There’s a particular quest in Pokemon Legends: Arceus that has you rounding up a series of Alolan Vulpixes. A member of the Galaxy Team says that his Vulpixes have gone off in the Alabaster Icelands. This is a fetch quest, so you’ll have to keep a keen eye out for his Pokemon. Here are all the locations of each Alolan Vulpix in Pokemon Legends: Arceus.

You can find all of the Alolan Vulpixes in the Avalanche Slopes area of the Alabaster Icelands. They’re all relatively close to one another, but there’s a lot of verticality that you have to take into consideration. In that case, you should at least get far enough to unlock Braviary so you can utilize its fly ability. This also means you have to solve the Snowpoint Temple puzzles before doing so.

With Fly, this makes the quest much more manageable. Here, we’ll have a map that indicates where each Alolan Vulpix resides. When you find one, you don’t have to battle it or try to capture it. You just have to interact with it when you get near enough. Doing so will initiate a cutscene in which you send them back to the man of the Galaxy Team. When you get all five of the Vulpixes, report back to the man and upon the request being completed, he’ll actually give you one of them! So yes, you can have the regular and Alolan variants of Vulpix in this game.

Since this is a quest gift, you probably shouldn’t release the Alolan Vulpix at the pasture farm. Also, as it’s a one-time addition to your huge roster of Pokemon, this cannot come as an Alpha. Alolan Vulpixes are not native to the Hisui region, so you can’t find them in the wild. This means that the one you get is the only one in the game.