Pokémon Legends Arceus – How to Dodge

Find out the best way to keep from blacking out! 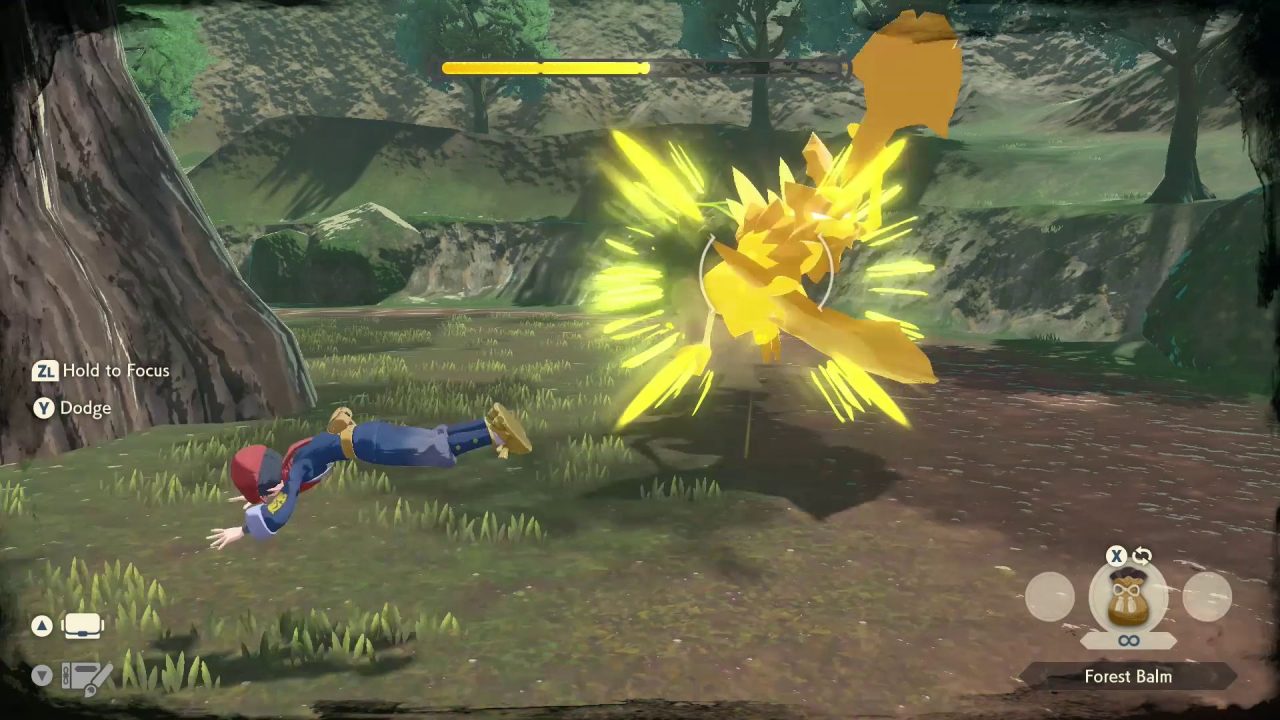 The gameplay of Pokémon Legends: Arceus is vastly different from previous Pokémon experiences. While exploring out in the fields, aggressive Pokémon will occasionally attack the player. If you decide to stick around without paying attention to them, this can lead to you losing your items after they do enough damage. If you encounter a Pokémon that you can’t fight – such as a powerful Alpha Pokémon – but you don’t want to run away from it, there is another option you can take. All you need to do is know how to dodge.

How to Dodge in Pokémon Legends: Arceus

You’re taught about the act of dodging very early on in the game’s story. To do so, all you need to do is press Y. You’ll automatically jump forward and roll, granting you a short burst of invulnerability. You can choose the direction to dodge by pressing Y while moving the control stick, and you can even dodge while focusing on Pokémon with ZL. When facing aggressive Pokémon in the field, dodging their attacks can leave them open momentarily. This will make it easier to catch them unaware for battle, or to run away and get them to lose interest.

Dodging isn’t all that necessary early on, but it becomes a vital mechanic during Noble Pokémon battles. Certain Nobles will launch attacks at you that can only be avoided through dodging. This includes shockwaves, sweeping beams, or just very fast attacks that are tough to see coming. That short window of invulnerability is what will allow you to survive fights against Nobles, so don’t take it for granted!

Further opportunities to make the most of dodging might be available in the future. Leakers and insiders reported on the possibilty of DLC for Pokémon Legends: Arceus. While it’s too early to say for certain, DLC would likely add a new Noble or two for players to battle. If that’s the case, make sure to keep your dodging skills from getting rusty!