Pokemon Legends Arceus: How to Evolve Scyther into Kleavor

Scyther has a new strong evolution that rivals the power of Scizor. Scyther now has a new evolution in Pokemon Legends: Arceus. While it can still become a Scizor as usual, Kleavor, the new evolution, is a solid alternative to one of the cooler bug types in the Pokemon world. Here is how you can evolve Scyther into Kleavor in the new Pokemon Legends Arceus.

How to evolve Scyther into Kleavor in Pokemon Legends: Arceus

Scyther can be evolved into Kleavor if you give it a Black Augurite. This is a new item in the Pokemon series. It also works similarly to giving an evolution stone like a Fire Stone or Water Stone to a Pokemon that is compatible with one. Once you give it to your Scyther, you’ll be prompted with a menu that it’s ready to evolve.

When you accept the “Do it!” option, the evolution will begin. This Pokemon is a Bug and Rock-type, which there aren’t too many of. The only other Rock and Bug-type Pokemon are Anorith, Armaldo, Shuckle, Dwebble, and Crustle. 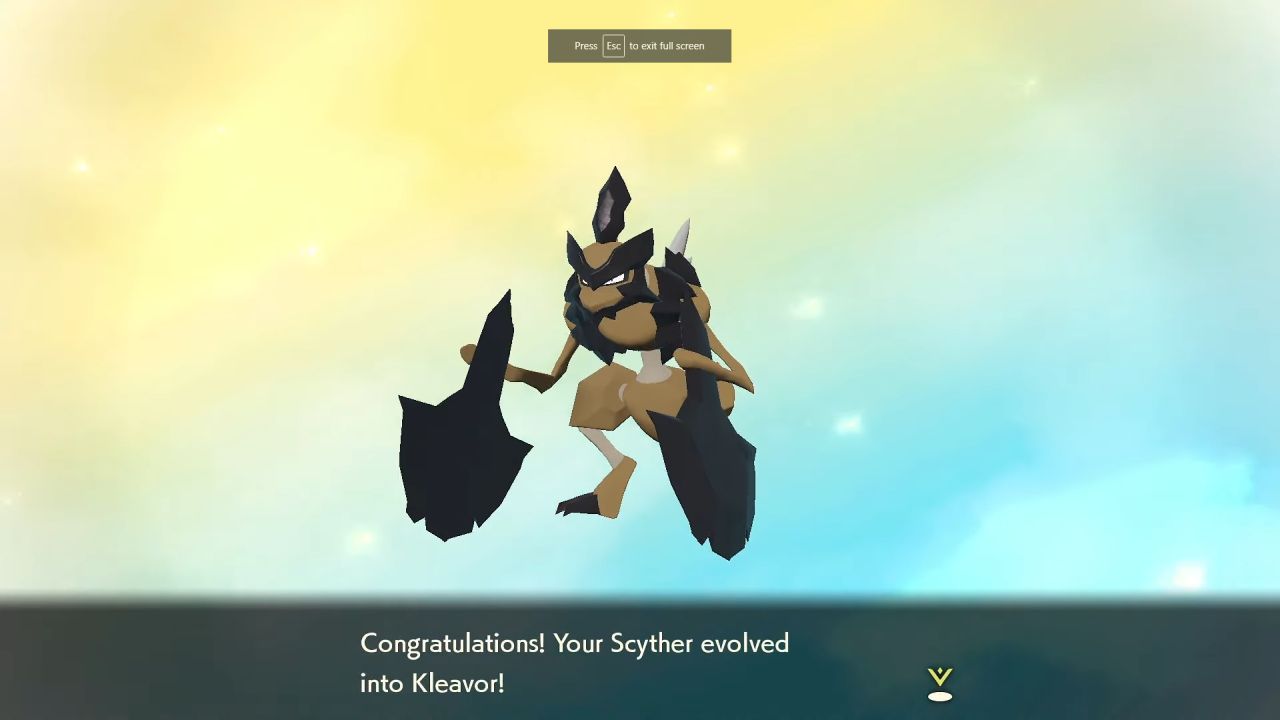 To obtain Black Augurite, you’ll need to have Ursaluna since it is your means of being an item finder. Once you have the Pokemon, ride it and try sniffing out the aforementioned item. You can reliably find this item in the Obsidian Fieldlands, a location where you can conveniently find Scyther, too.

Kleavor excels heavily in its Attack stat, followed by its HP, Defense, and Speed in that order. Special Defense is decent, but its Special Attack is below average. If you are looking to maximize this Pokemon’s potential in terms of stat distribution, you should get a Kleavor with either a Jolly or Adamant nature.

Since this Pokemon has high offensive capabilities, it may not be the ideal one to use when going after rarer wild Pokemon like Darkrai or Shaymin.

Attack of the Fanboy / GAME GUIDES / Pokemon Legends Arceus: How to Evolve Scyther into Kleavor