Pokemon Sword and Shield – How to Evolve Milcery into Alcremie 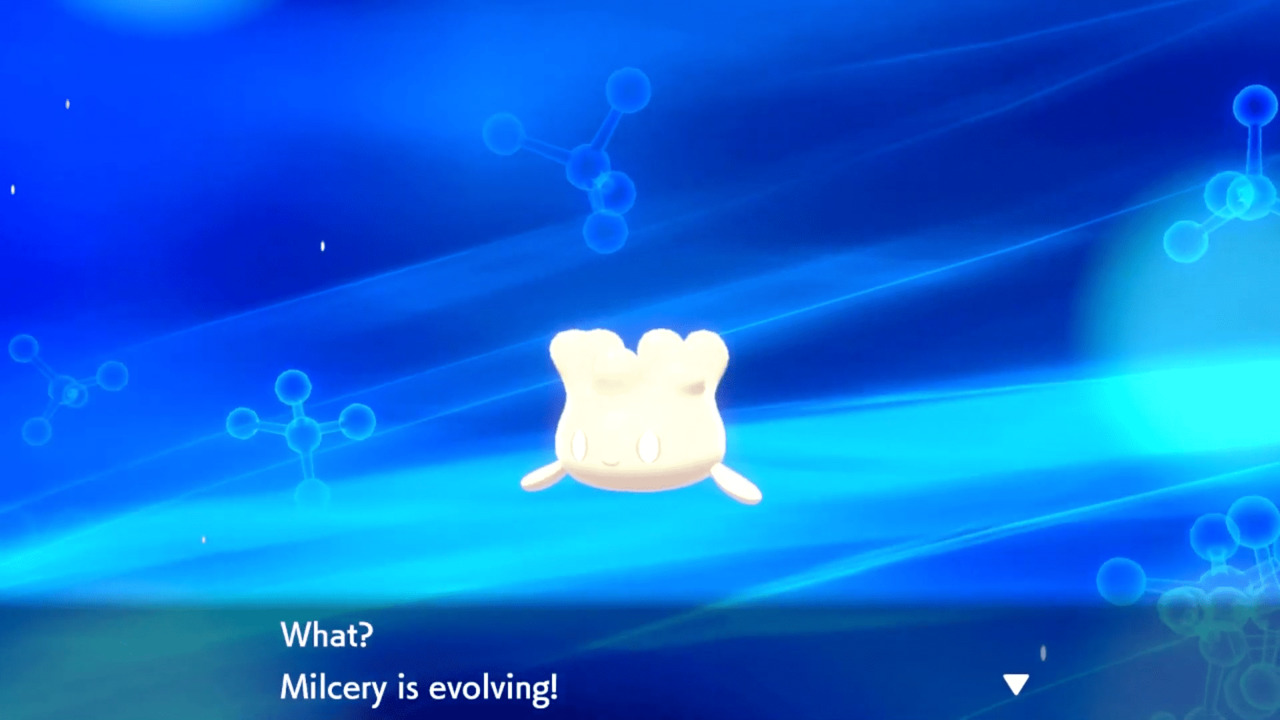 Evolving Milcery into Alcremie is no simple task. Like some of the other new Pokemon native to the Galar region, Milcery has a peculiar means of evolution, and its evolved form has 63 different variations. It’s a lot to take in at once, but this guide should help straighten things out.

Before you can even think about evolving a Milcery, you’re going to have to catch one first. If you don’t already have one in your party or stuffed in one of your boxes, then head over to Route 4. Milcery also appears in certain parts of the Wild Area, but only during specific weather conditions, so Route 4 is your best bet for catching one. It won’t appear in the overworld, so you’ll have to watch for a random “!” encounter in the tall grass to bump into one.

To evolve Milcery, you need to give it an item to hold called a Sweet. There are several different Sweets to find throughout Pokemon Sword and Shield, but the easiest one to get is the Strawberry Sweet, which can be found on the ground in Hammerlocke. Other Sweets can be earned by winning battles in the Battle Cafe in Hammerlock, Motostoke, or Wyndon, but earning a Sweet is not guaranteed. Give whichever Sweet you end up choosing to Milcery to hold. Now you’re just one step away from having an Alcremie.

Alcremie has nine different forms with each form having seven different variations depending on the Sweet that Milcery holds when it evolves, making for a total of 63 unique versions of Alcremie. To evolve your Milcery into Alcremie, you’ll need to rotate the analog stick in the overworld and spin your character for a specific period of time before striking a pose. Below are the nine main forms and how to acquire them.

Depending on the Sweet you gave Milcery, the treats on Alcremie’s head will be different. 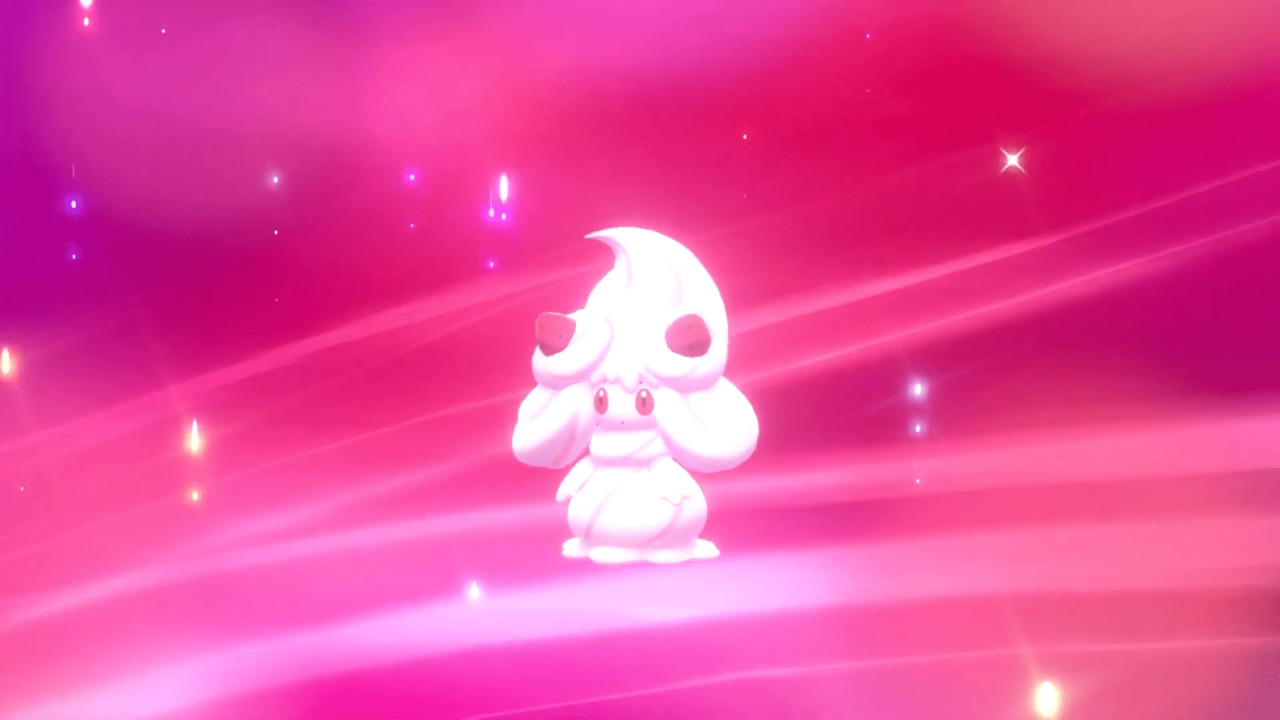