There's one bear hidden on each planet. 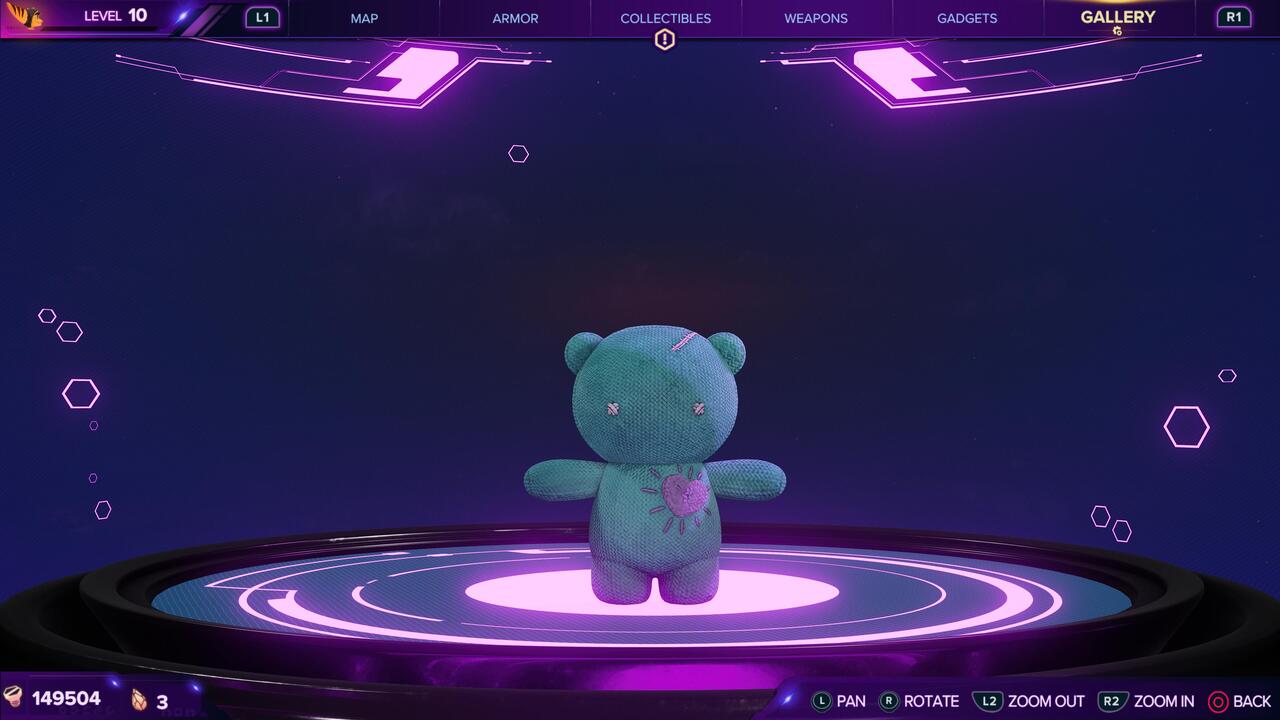 CraiggerBears are the rarest collectibles in Ratchet and Clank: Rift Apart. They don’t show up on your map, even if you have the Map-O-Matic, and they’re not that easy to find on your own without a guide. These tiny little things don’t even give you any rewards for finding them outside of a trophy. Still, they’re not too hard to find if you know where to look, and there is a trick you can use to make the hunt a bit easier.

There are nine CraiggerBears in the game, one on each planet. To make things easier for yourself, go to the game’s accessibility settings and turn on “high contrast background.” You can also turn “contrast options” on but disable everything except “collectible shader,” which you should set to pink or another bright color. This makes the game greyscale except for collectibles, highlighting the hidden CraiggerBears. Here are all nine CraiggerBear locations in Ratchet and Clank: Rift Apart. 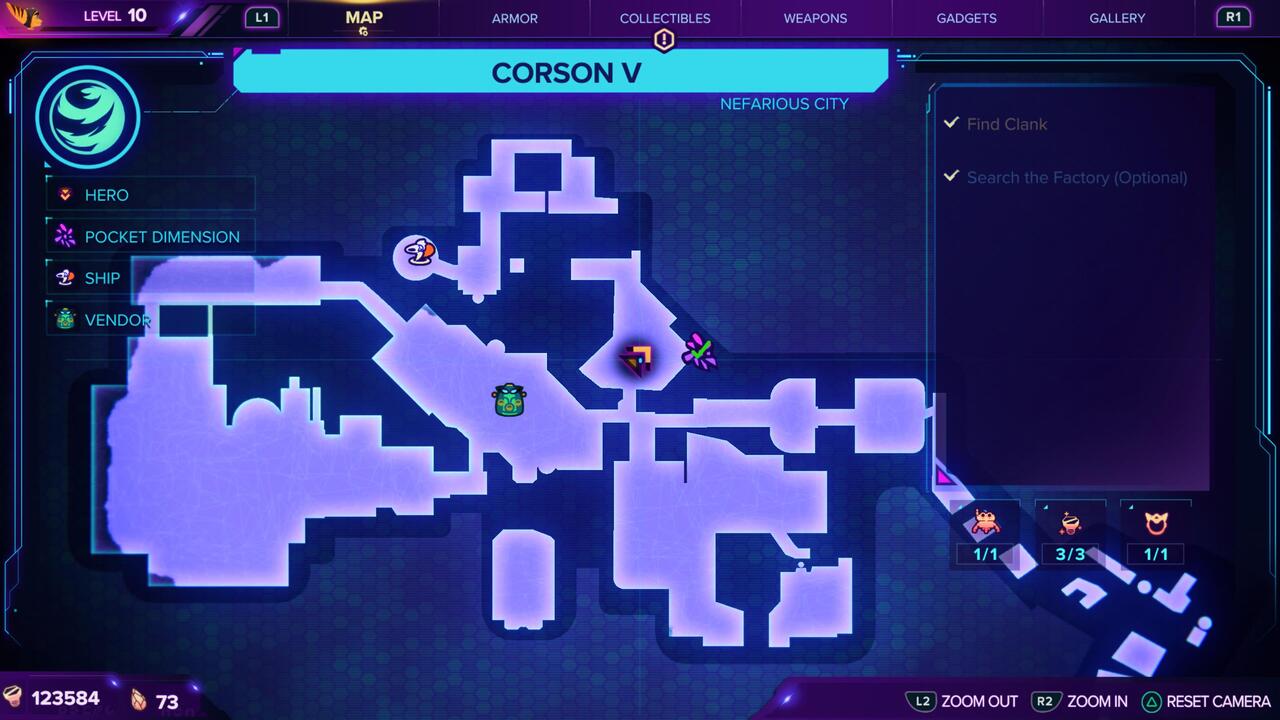 The Corson V CraiggerBear is located in a market stall northeast of Ms. Zurkon’s shop. It’s near the only Pocket Dimension on the planet. From Ms. Zurkon’s shop, head east toward Club Nefarious and head down the stairs to the left. The stall has a purple awning and is directly across from the stairs. 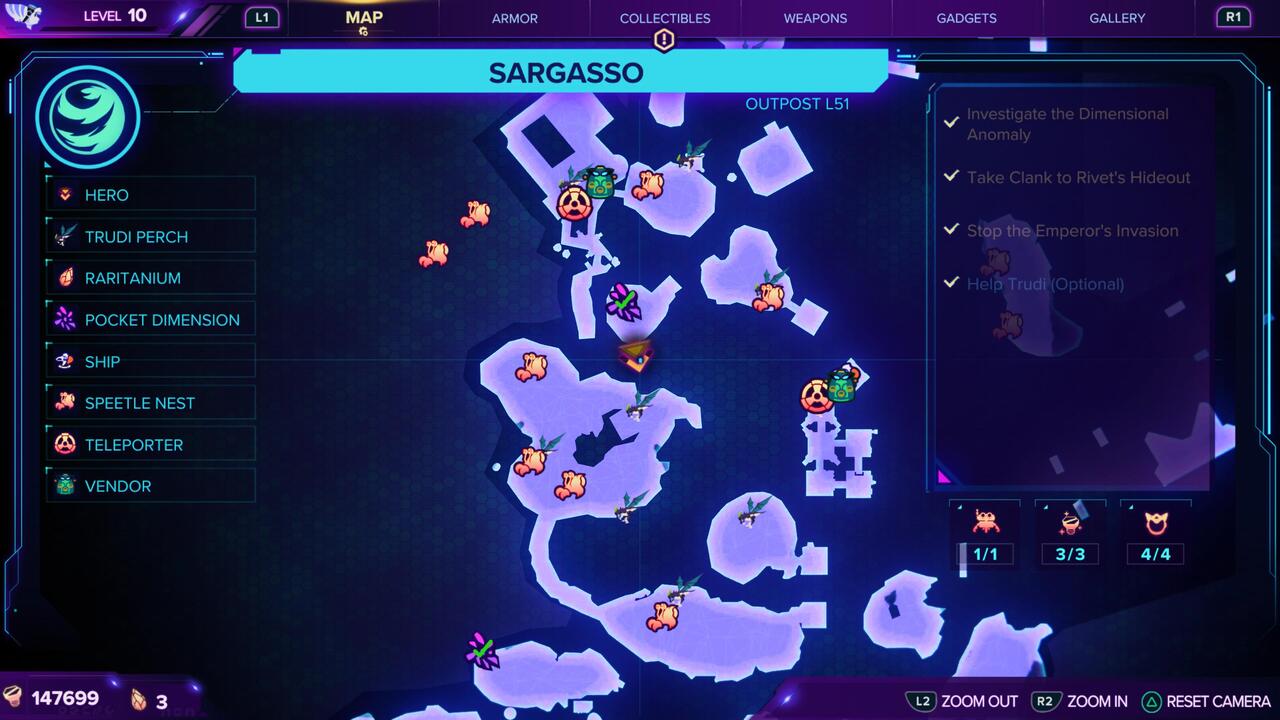 The Sargasso CraiggerBear is located in Rivet’s Hideout. Her hideout is a location that you’ll visit as a part of the main story, but the CraiggerBear is easily missable. It’s sitting on the couch in the main room of the hideout in front of the TV. You can also earn the Lombax and Chill trophy here by turning on the TV. 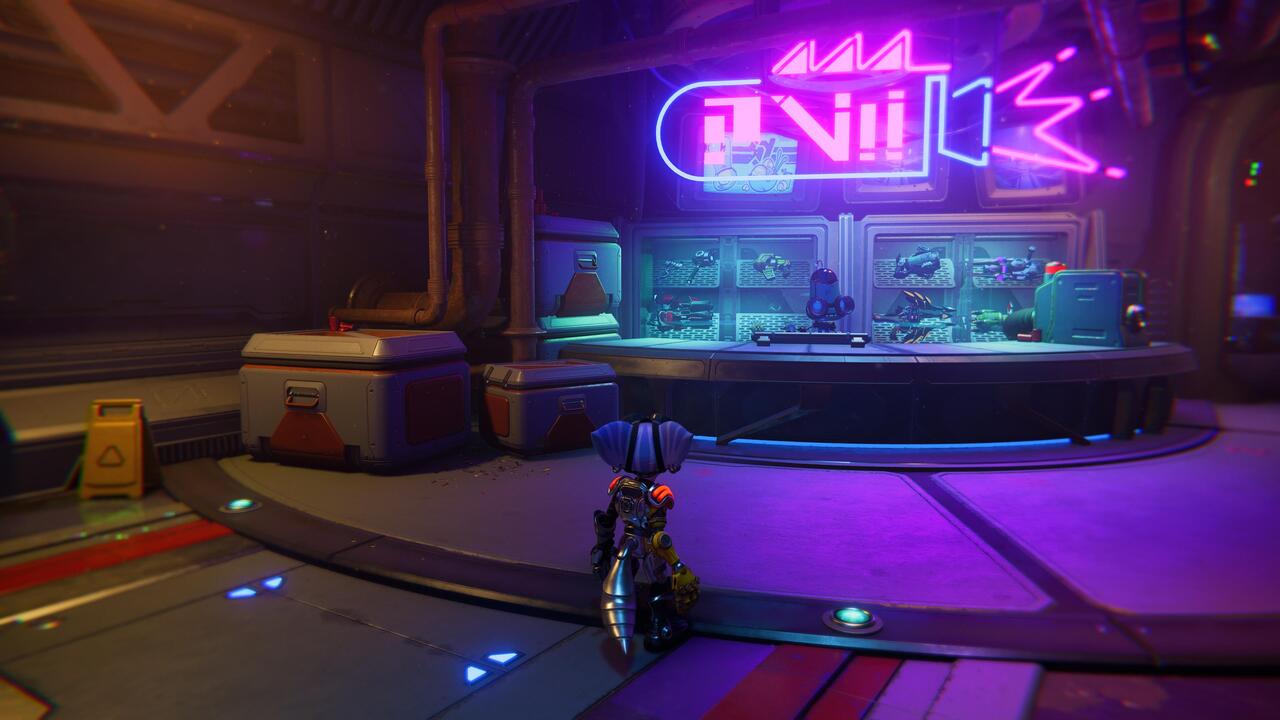 The Scarstu Debris Field CraiggerBear is located inside Zurkie’s on a crate next to the front counter. Walk inside the establishment and proceed through the entrance hallway. Once you pass through the gate and reach the point where weapons are not allowed, continue straight and you’ll find the bear on the left side of the counter. The map is offline in this area so there was no way to screenshot the map location, but you shouldn’t have any trouble finding this one. 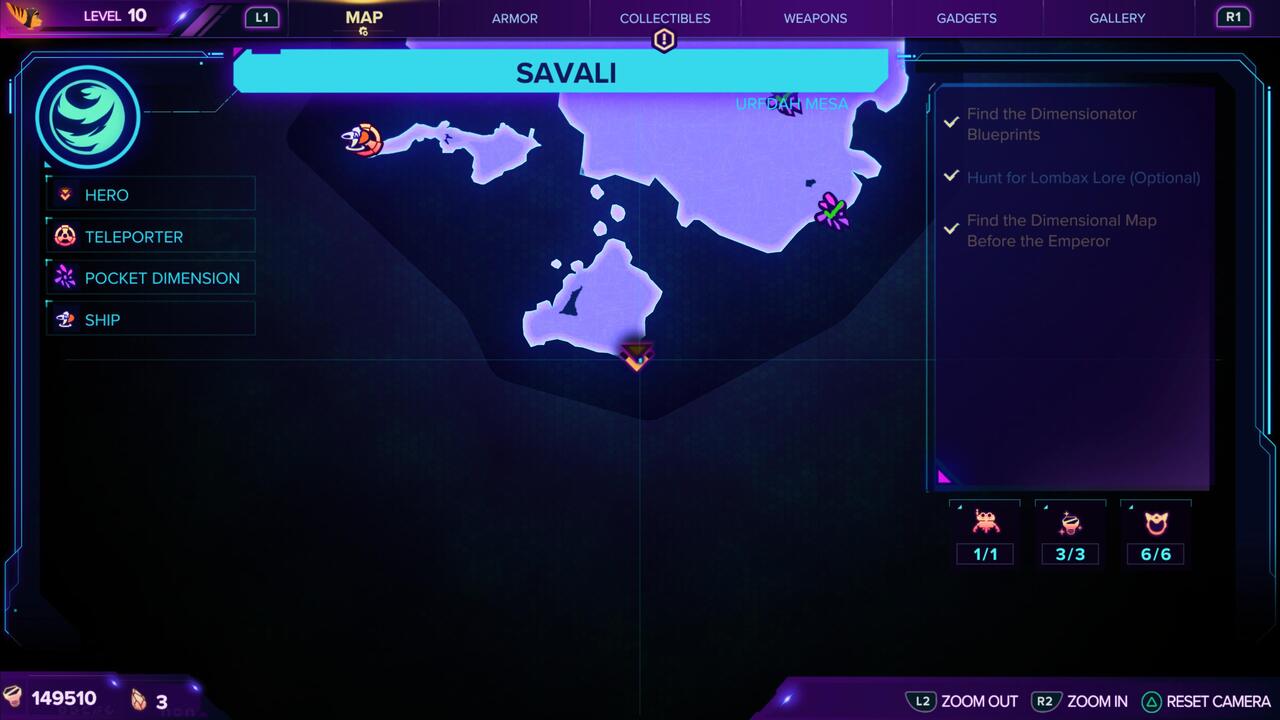 The Savali Craiggerbear is found on the southernmost island of the planet, the same location as the Mountain Temple. To get the bear, step on the switch to start the trial like normal. Use the Hoverboots to cross the first timed bridge, but don’t continue to the second switch. Instead, continue straight forward past the wooden fence. This will lead to a small overlook area, and the CraiggerBear will be on the ground leaning against some vases. 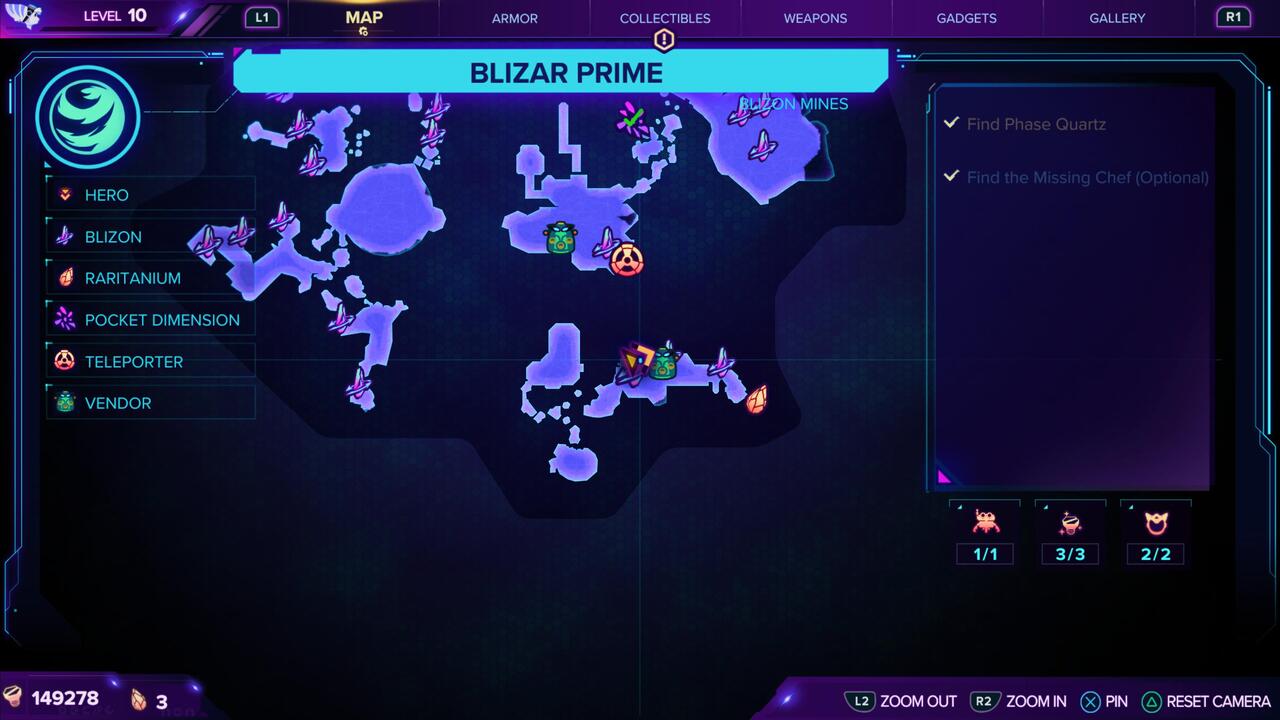 The Blizar Prime CraiigerBear is located near the third Blizon crystal in the level. From the landing zone, play through the area normally until you reach the section where you have to use the Magneboots. After you pass the Magneboots section in the destroyed version of Blizar Prime, you’ll find a room with a Blizon crystal. Strike it to swap to the intact version of the planet, and then the CraiggerBear will be sitting on a pile of junk near the overlook. You’ll know you’re in the right place if you can see Ms. Zurkon’s shop through the window. 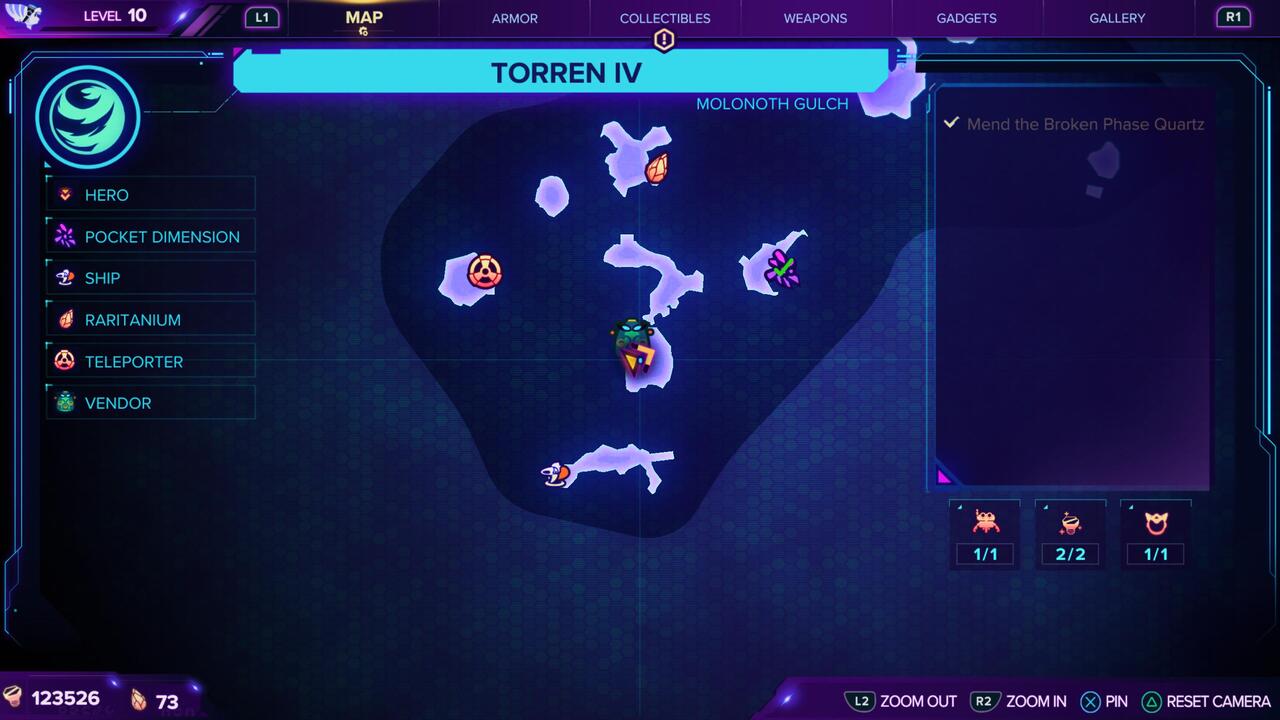 The Torren IV CraiggerBear is located in the main market area of the planet down the street from Ms. Zurkon’s shop. It’s on the right-hand side of the street in a stall with an awning. 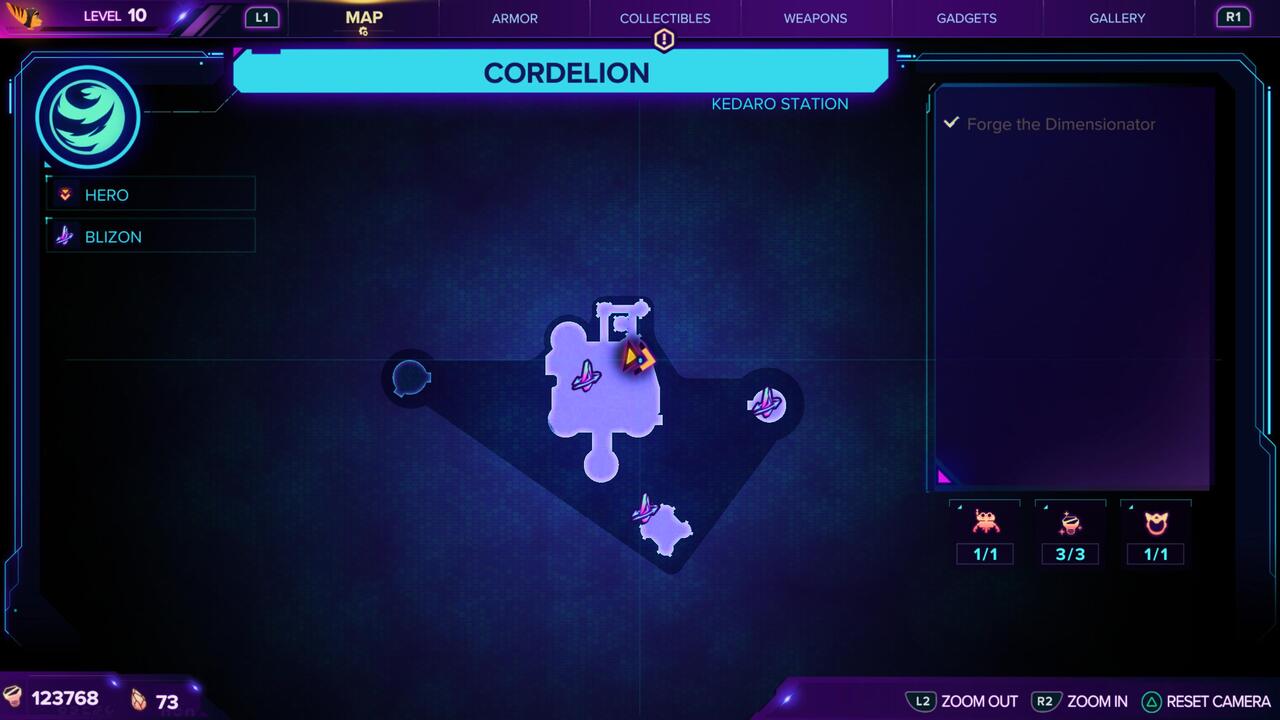 The Cordelion CraiggerBear is stuck in a pile of snow on the main exterior platform. Strike the Blizar crystal near Ms. Zurkon’s shop above the elevator, then slide down the staircase outside. Once you finish sliding, look ahead and to your left to see the bear sticking out of a large pile of snow next to some boxes and debris. 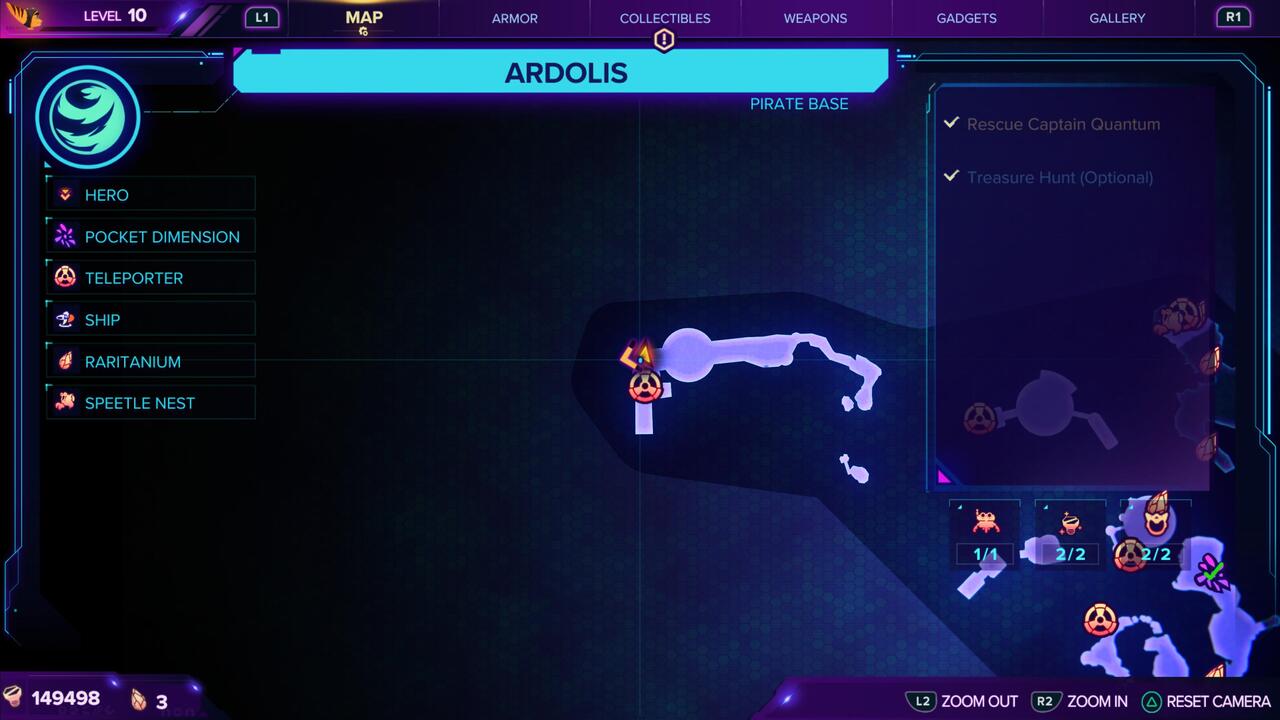 The Ardolis CraiggerBear is located at the end of the Pirate Trials, just after the section with the ships surrounding the island. After completing the Pirate Trials, you’ll reach a room with a bored employee and a fake beach with a shark fin sticking out of the water. The bear is sitting on the sand next to a treasure chest. 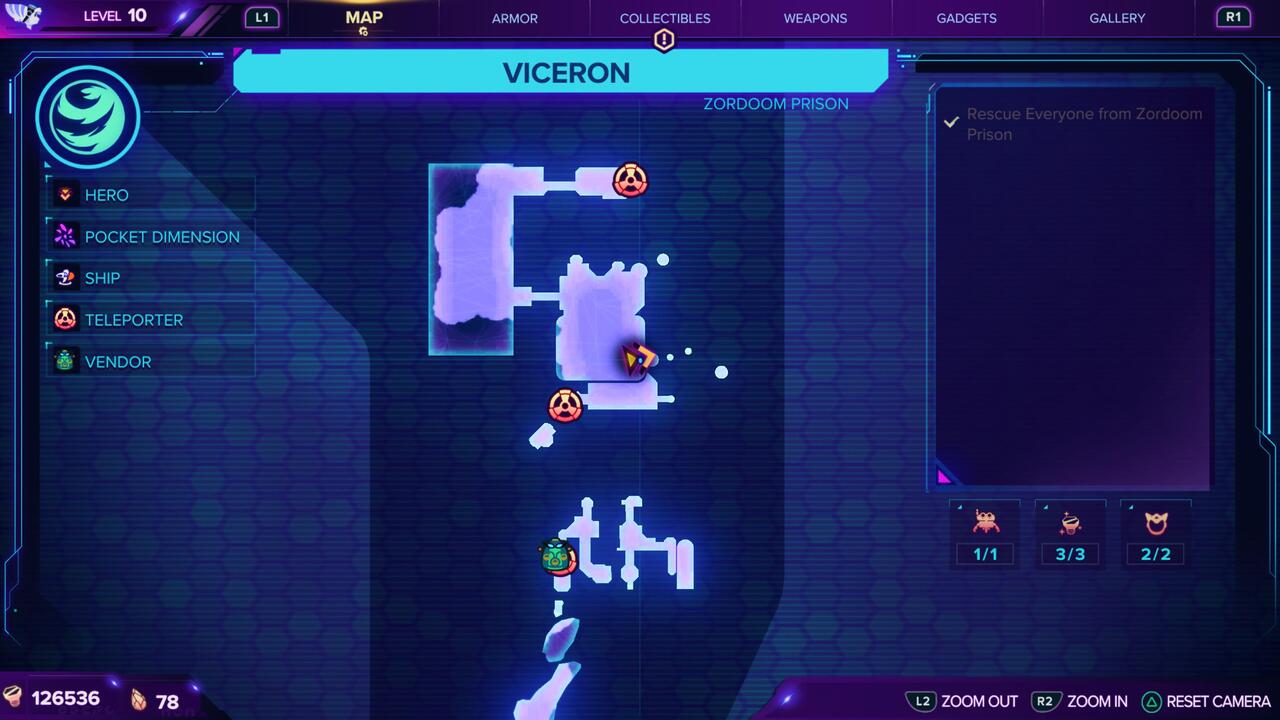 The Viceron CraiggerBear is located near the end of the processing center section of the level. It’s in the same room where Clank was being held. To the right of the wrench switch, there’s a holding area with a long bench The bear is sitting alone in the center of it.