This boss is relatively straightforward. 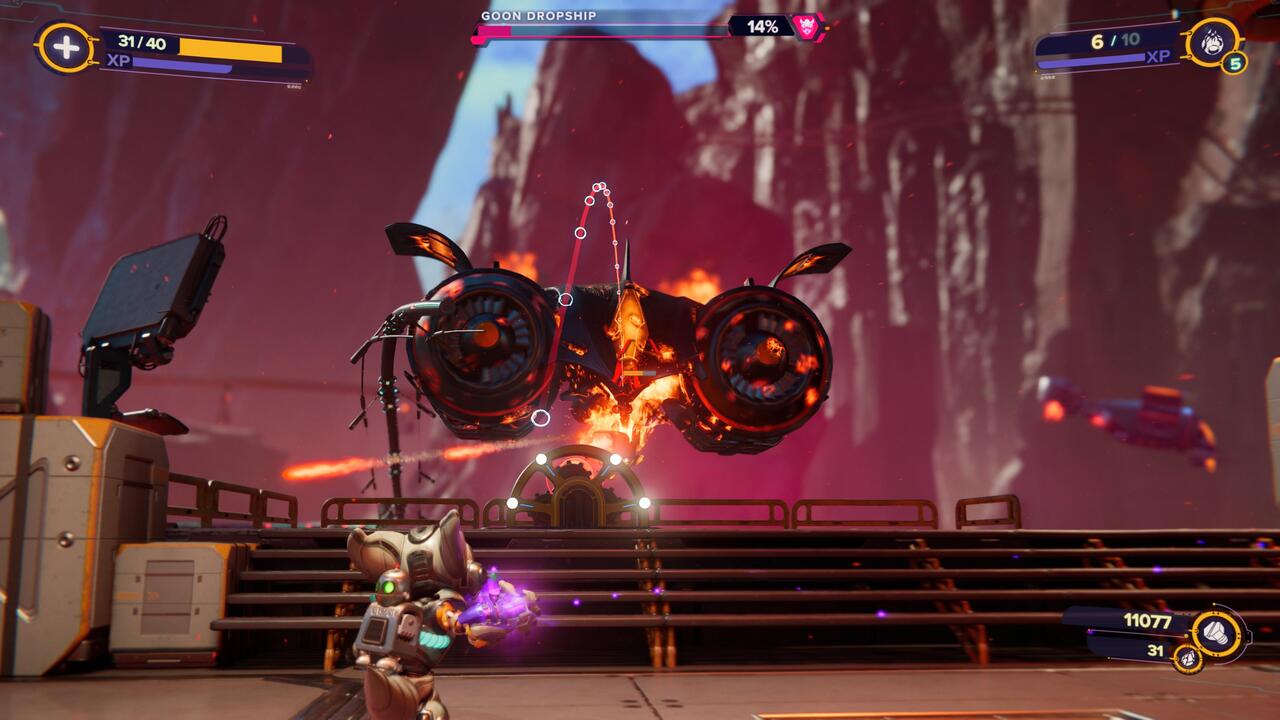 The Goon Dropship is the final boss of the Blizar Prime level in Ratchet and Clank: Rift Apart. This boss battle tops of the planet’s thrilling finale, but it’s really just a pushover. The Goon Dropship doesn’t really have any special attacks or gimmicks that make this fight interesting. Instead, this encounter just throws a lot of enemies at you at the same time, making it a relatively simple fight on the surface level. Still, there are a lot of threats to juggle in this boss fight. Here’s how to beat the Goon Dropship in Ratchet and Clank: Rift Apart.

How to Beat the Goon Dropship in Ratchet and Clank: Rift Apart

The Goon Dropship is a difficult fight not because of the boss itself, but because of the combination of the small arena, the additional enemies, and the ship’s constant shooting. Once you get rid of the normal goons though, this fight gets really easy. The Goon Dropship will constantly circle the arena and shoot at you with machine guns. It’s an annoying foe, but you should ignore it for the first phase of the fight. Focus all of your fire on the goons that are on the ground with you, especially the Vroom Goons. These are the ones on hovering vehicles, and their electrical attacks do serious damage if you don’t jump over them. Use The Enforcer, Shatterbombs, or any other crowd control weapons to clear the playing field of normal enemies. 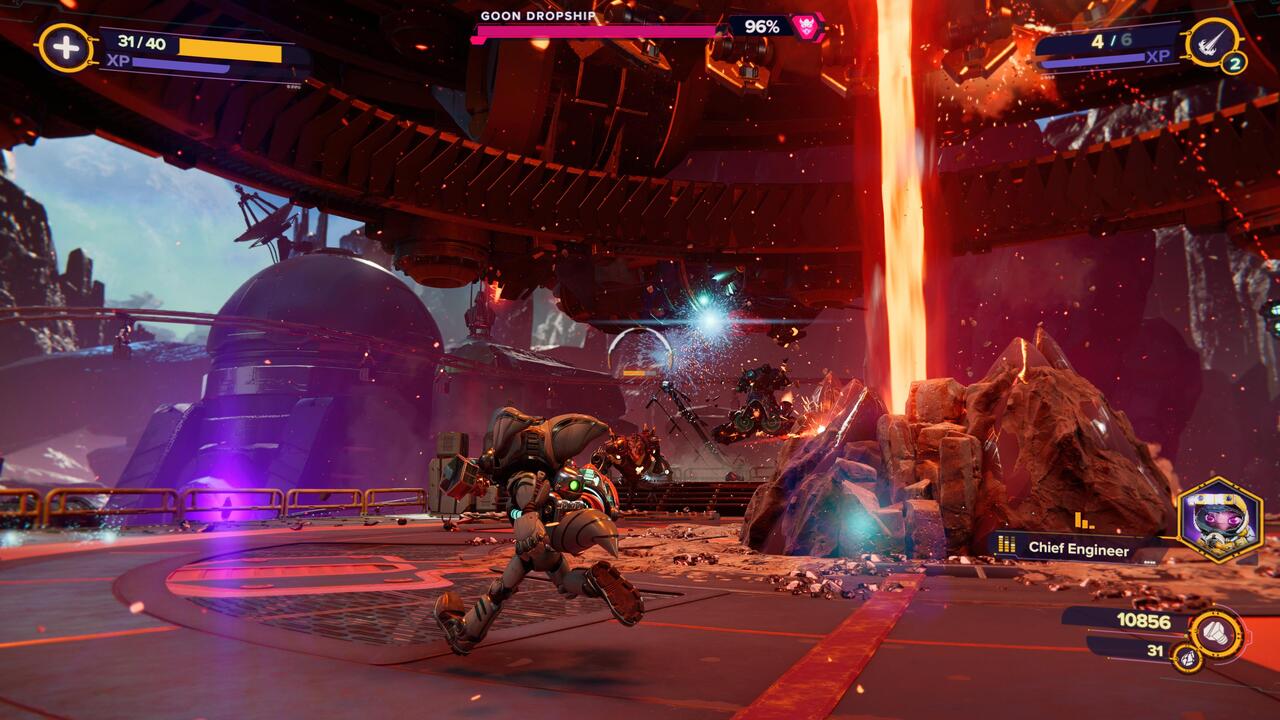 Once you’ve cleared the initial wave of enemies, no more should spawn during the fight. At this point, it’s just you against the dropship. Its attacks remain the same, and they really aren’t much of a threat once you can focus all of your attention on the ship. Just stay on the move to avoid the machine gun fire. The Goon Dropship has a lot of health, and that’s the real challenge of this fight. If you just toss a whole bunch of Shatterbombs at it or use the Drillhound though, it’ll go down pretty fast. Just use your best weapons on it and keep jumping so you don’t get hit and the Goon Dropship will be defeated in no time.