Check out how to defeat Roundtable Knight Vyke in Elden Ring Among the many champions Elden Ring players can face during their journey throughout the Lands Between, very few are as worthy of the title as Roundtable Knight Vyke, the Tarnished who came the closest to becoming an Elden Lord. Now, to help all of those currently struggling to defeat the boss, here’s how to beat Roundtable Knight Vyke in Elden Ring.

How to Beat Roundtable Knight Vyke in Elden Ring

As with many of the other human-sized enemies in the game, your biggest weapon when facing Roundtable Knight Vyke will be the Parry Skill, as the boss will not only be able to deal massive damage, as we said above, but will also make constant use of dodges to escape your advances and create an opening to strike. Roundtable Knight Vyke will also be able to heal himself by making use of Flasks of Crimson Tears.

With that said, once the fight starts, we advise you to focus solely on parrying his attacks, which will, in turn, open him to a critical hit. During the fight, Vyke will also make use of a jumping skill, able to one-shot those wearing lighter armor. To avoid being hit, dodge away once he makes his move so that you can escape the AoE of the skill.

To make the fight easier, we recommend that you use both a weapon capable of dealing massive damage and a small shield, as the latter features a larger parrying window when compared to the other kinds of shields available in the game.

It’s also important to point out that those wearing heavy weapons will be able to hit the boss three times in succession before he dodges, but doing so may prove to be a risky gamble, as will leave you open for retaliation. Upon beating Roundtable Knight Vyke in Elden Ring, you will receive a wealthy amount of Runes, Vyke’s Dragonbolt incarnation, and Vyke’s Fingerprint Armor Set. 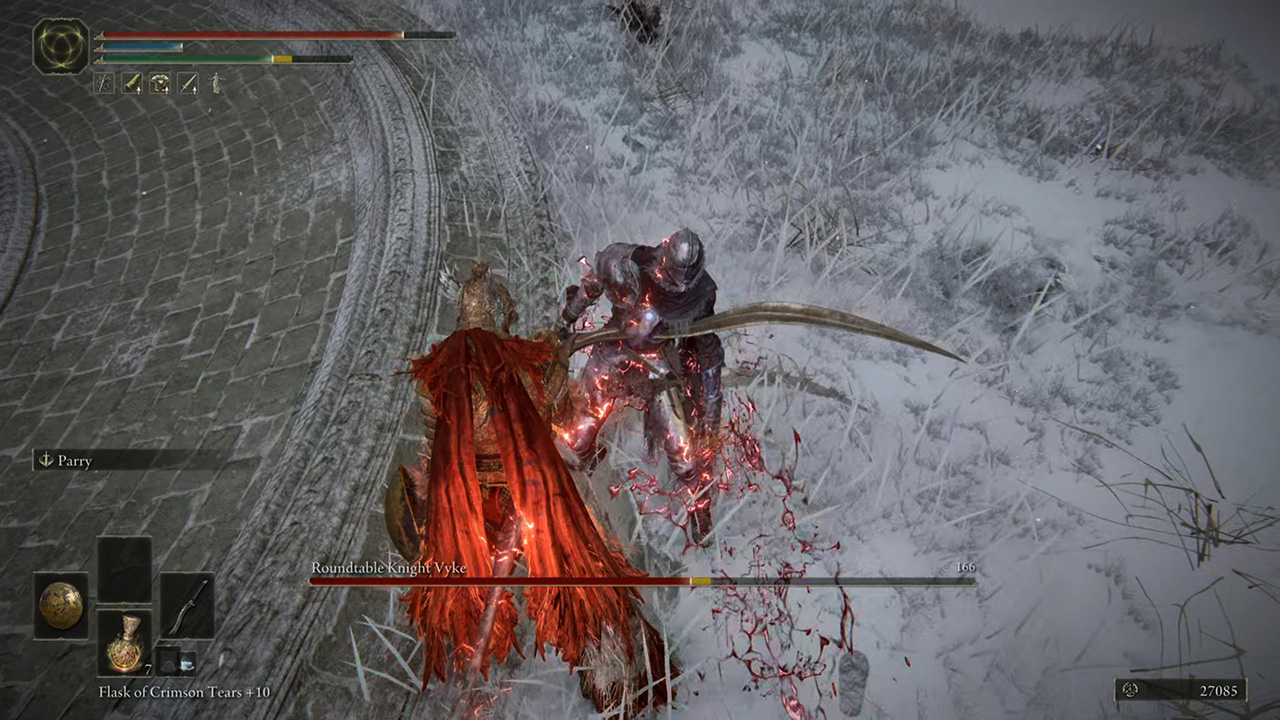