Should You Break the Fuel Line or Steal the Rotor Arm in The Quarry? 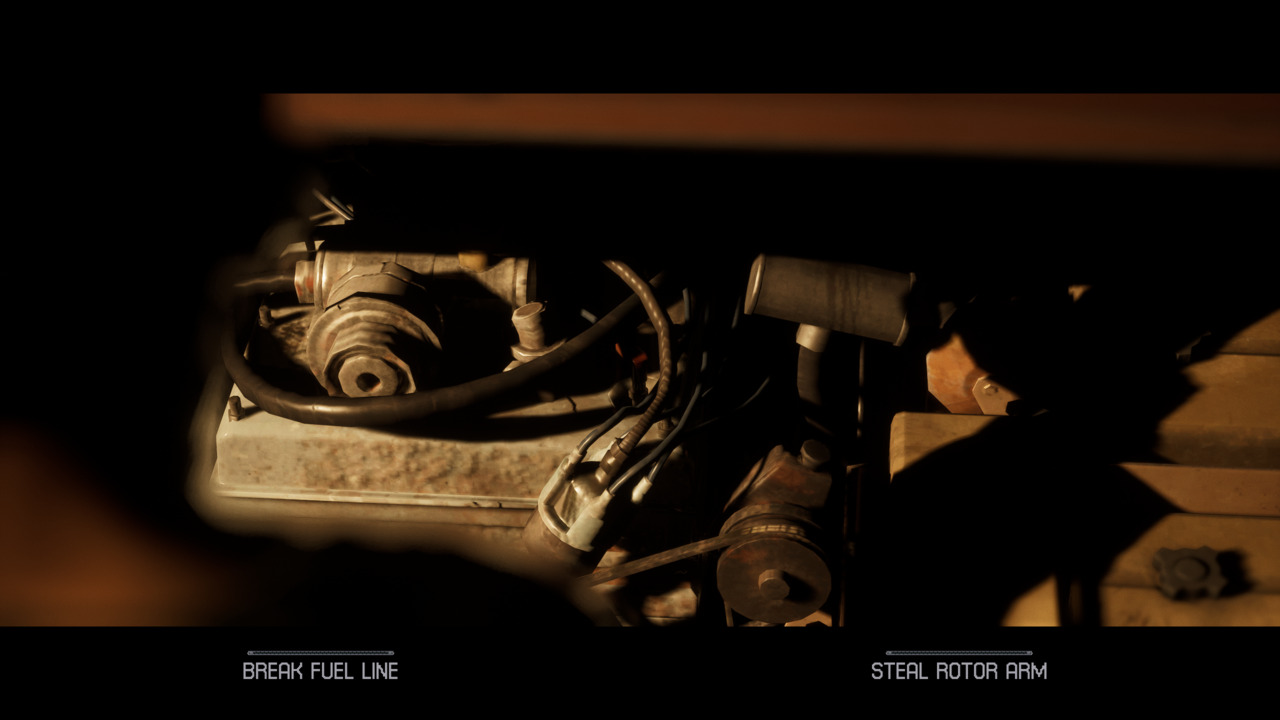 Early in The Quarry, you are presented with the choice to either break the fuel line of the van or steal the rotor arm to keep the counselors in Hackett’s Quarry for one additional night. This brilliant idea comes courtesy of Jacob, who wants everyone to stick around so he has one last chance to make a move on his summer fling, Emma. This is a very stupid decision given that this is a horror game and players know being stuck at the camp is a terrible idea, but you have to choose one or the other.

There’s no way out of this choice, so should you break the fuel line or steal the rotor arm as Jacob in The Quarry?

Should You Break the Fuel Line or Steal the Rotor Arm in The Quarry?

Again, there is no way out of this choice, so you can’t just leave the van as it is. If you want an answer without too many spoilers, then both options have the same result for the most part. The van is disabled and everyone is forced to stay at Hackett’s Quarry for another night with the exception of Chris Hackett, who seems incredibly on edge that the teens aren’t leaving as planned.

If you break the fuel line, there are a few immediate consequences, but nobody can get hurt. If you steal the rotor arm, then you’ll have to take extra care throughout your playthrough to make sure that Jacob doesn’t lose it. That’s the main idea of this choice, but keep reading on if you want to know exactly what happens in each route. What Happens if You Break the Fuel Line?

If you break the fuel line, then a fire will break out when Chris Hackett attempts to start the van. If you know anything about cars, then you probably expected something like this to happen as soon as Jacob left the fuel line leaking. Nobody will get hurt and this doesn’t affect any character relationships in any major ways.

What Happens if You Steal the Rotor Arm?

If you steal the rotor arm, then the van will fail to start but there won’t be any immediate consequences. While stealing the rotor arm is the stealthier choice in the short run, it creates long-term problems because you’ll have to be extra careful with Jacob throughout the game.

He can drop it at several points throughout the story, and if Jacob dies or gets separated from the group, the rotor arm is pretty much lost for good. There are also a few potentially deadly situations that Jacob can find himself in when trying to save the rotor arm that wouldn’t happen at all if he just chose to break the fuel line.

Attack of the Fanboy / GAME GUIDES / Should You Break the Fuel Line or Steal the Rotor Arm in The Quarry?