Sonic Frontiers Level Cap: What is the Max Level for Skills? 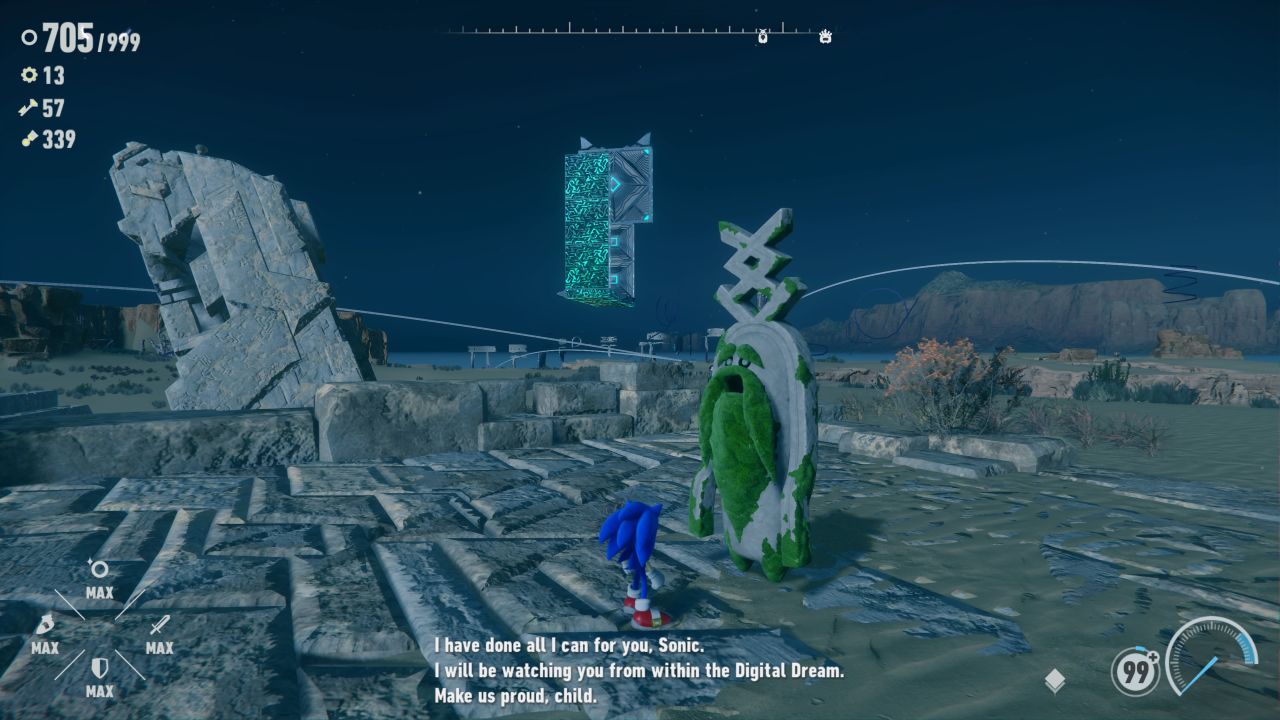 Sonic Frontiers contains many elements of an RPG, which means that you’re going to earn levels as you gain more XP. For people who like to max out and become as strong as possible, here is the level cap for all your abilities and skills in Sonic Frontiers.

What is the Level Cap in Sonic Frontiers?

First off, there are multiple things to level up in Sonic Frontiers. On the bottom left corner of your screen, you’ll see that you have four different stats. Those are Ring Capacity, Speed, Attack Power, and Defense. These four stats can all be raised to 99.

To increase your Ring Capacity and Speed, you’ll have to collect Lost Koco out in the Starfall Islands and bring them back to an Elder Koco. This ancient being will allow you to level up those stats at their own rates. If you want to reallocate points from one stat to another, find the Hermit Koco.

As for your Attack and Defense stats, you will have to collect Seeds. The Red Seeds of Power go toward your Attack stat while the Blue Seeds of Defense go toward Defense. These are handed to the Hermit Koco.

As for your skills, there technically is no level cap. Upon collecting everything in the skill tree, you’ll still earn skill points way beyond what you need. However, if you want to unlock all of them, you’ll have to acquire 224 Skill Points. It won’t take long when you’re defeating enemies and Guardians along the way. Unlocking the Air Trick ability will also help you get there faster too.

If you want to power-level your skills and abilities to their maximum potential well before the end of the game, you can do so by unlocking fishing. Big the Cat offers all the items needed to raise your levels. All you’d have to do is collect several Purple Tokens so you can borrow his fishing supplies.

Attack of the Fanboy / GAME GUIDES / Sonic Frontiers Level Cap: What is the Max Level for Skills?