Sadly no Blue-Eyes White Dragons in any of these starter decks. 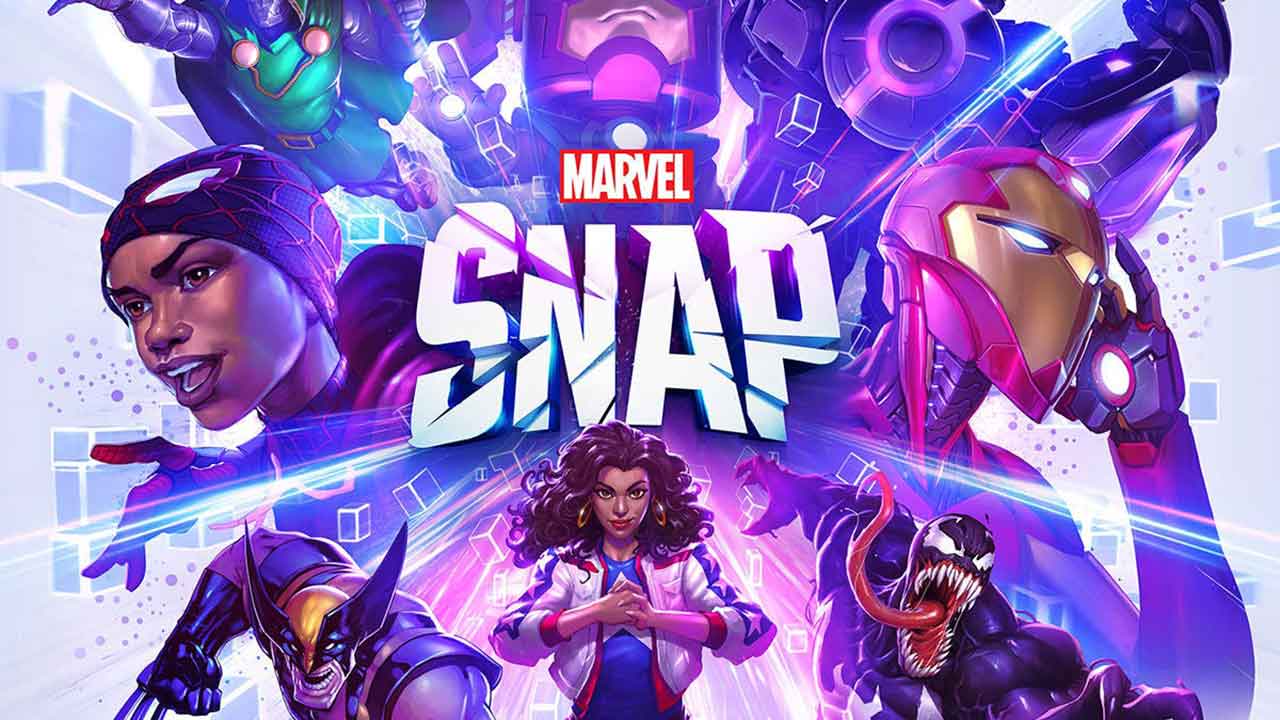 Marvel Snap is out now and it’s an addictive tribute to all sorts of Marvel fans out there. Whether you’re an MCU viewer, a fan of the comics and other properties, or just love a good game with great strategy elements that can be played in bite-sized sessions, this is the game for you. It’s intuitive and highly strategic, but yet incredibly approachable. But if you’re just a starter in the game, you might be having some trouble making a strong deck in Marvel Snap, and for that, we’re here to help.

The first piece of advice imparted to all Marvel Snap beginners is not to jam your deck with cards costing 5 or 6 energy, as this will leave you with multiple turns where you can’t play anything. Even though it’s cool to get iconic heroes like Iron Man or The Hulk out on the field, they must be built up but can synergize well in a decent deck build. The best starter deck builds in Marvel Snap will revolve around getting players familiar with putting cards on the field quickly while playing sensibly to their abilities.

In the Collection menu, select either your Deck 1 at the top, or hit the ‘+’ icon to build from scratch, and you’ll see a top menu with 12 slots you’ll need to fill to make a deck. Either drag cards out from here to remove them or tap/click on any in your collection below and hit ‘Add to Deck.’ Before going into specific starter deck concepts, consider the following: Strength in numbers will be key in finding your footing in the game, and Ant-Man and Mister Fantastic are your friends for this. 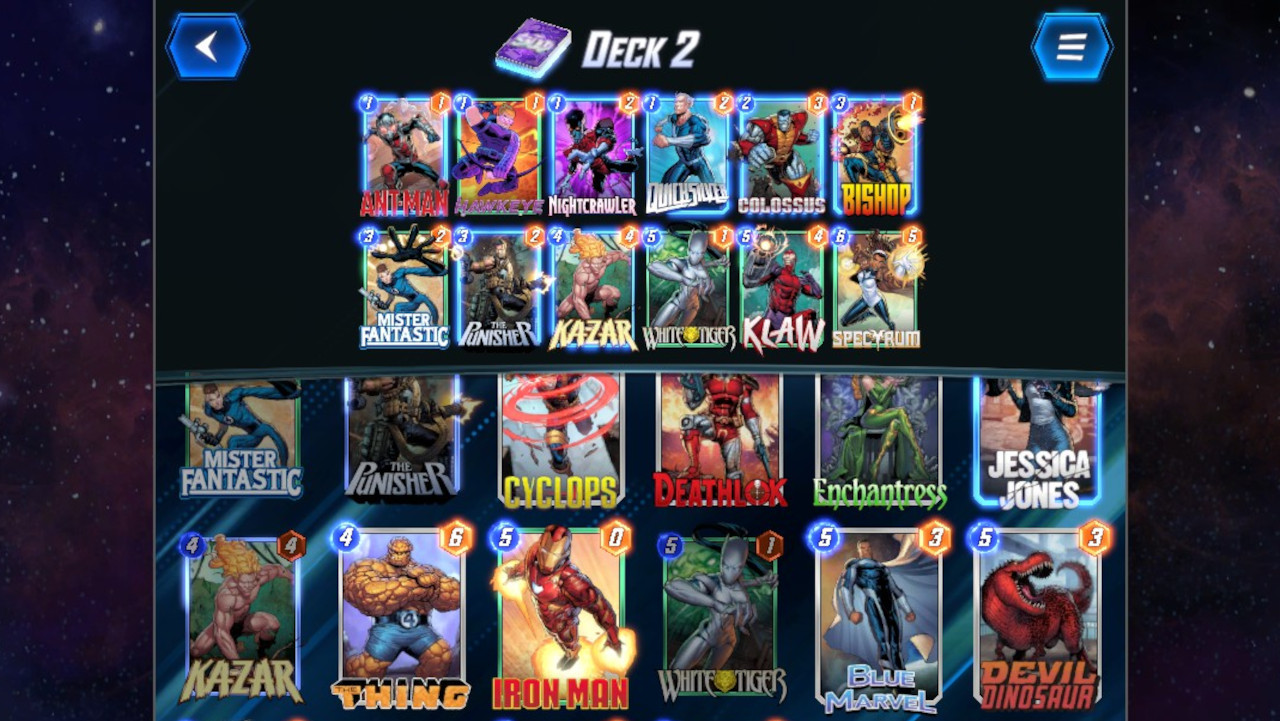 When starting out in Marvel Snap, even just getting cards on the field is important, and you can complete missions and reap rewards just by doing that. This deck is built around a strong basis for low-to-mid-cost cards featuring Ongoing abilities to bolster otherwise potentially weak offensive attributes.

Mister Fantastic should be placed in the middle location as often as possible to further boost the field, and Ka-Zar will be key on turn 4 to boost cards with those abilities. Other key players include Bishop who, the earlier you play him, the stronger he’ll get, and White Tiger, who can send a 7-power Tiger to a location other than her own when played.

Ka-Zar, Ant-Man, Colossus, Mister Fantastic, Punisher, and Klaw will also benefit immensely from Spectrum if you place her anywhere on the field on turn 6 or sooner. This is due to their “Ongoing” abilities, as any cards with those will gain +2 Power to boost your claim to the location, making this a bulky, defensive build that grows in power. The deck contents are the following: As you gain Collection Levels you’ll find plenty of alternative cards that’ll still be easy to play early on, but you’ll notice another common ability type: cards that take effect on reveal. These On Reveal cards typically feature big boosts or other crazy abilities you can capitalize on, and so Odin is here to boost them. Odin’s entire job is to give you an endgame push and re-active On Reveal card abilities, so your best bet is to place him in the same location as a team of Ironheart, Wolfsbane, and White Tiger to gain power in his location, and spread elsewhere.

Once again, Ant-Man makes a splash here as he represents the early-to-mid-game push for a location with Elektra, Hawkeye, and Star-Lord. Sentinel is in the deck entirely to help boost numbers, especially in the case of poor early-to-mid draws or, heaven forbid, rocks, as is Quicksilver. Jessica Jones should fly solo in her respective location, possible the middle along with an early push by Medusa, to reap her On Reveal ability. This Marvel Snap starter deck contains the following:

Ultimately, these are recommendations. Neither of these decks are highly demanding to build, you won’t need to exceed a Collection Level of 22 to reach it. You don’t need to play a terribly large amount of the game to reach these, either, or spend a single cent. But you’ll find a comfortable fit along with room for substitutions if you find cards that synergize better. Build up your decks and hit the field, and remember: aside from possibly losing ranks, you can still get substantial rewards just for playing and learning.

Nadeshot Goes off on Warzone 2 Stream After Multiple Crashes
Posting....