Tower of Fantasy: How Does the Pity System Work? | Pity System, Explained 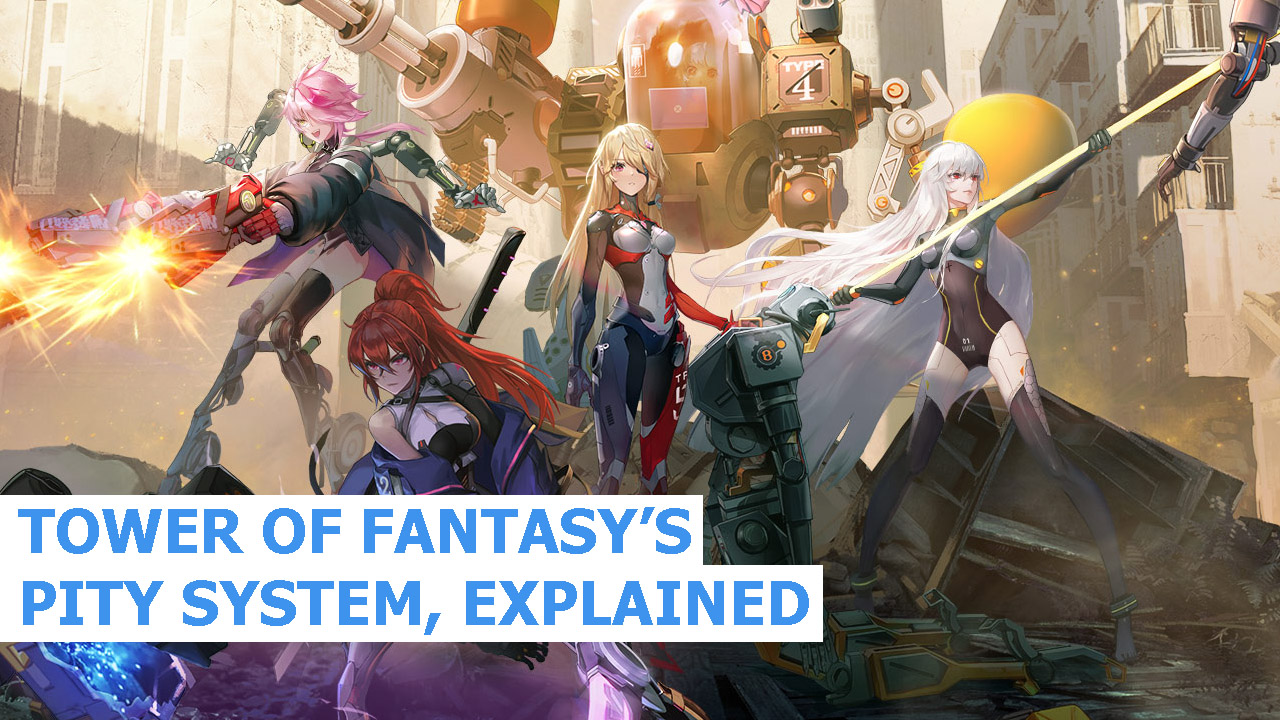 We are only a few days away from the Global release of Tower of Fantasy, and players could not be more excited to jump into the world of Aida and take on the field as not only their own fully customizable character but also while taking the appearance of many of the game’s cast. With that said, the game features a really welcoming Pity System, sure to allow you to get a fair chance of adding your favorites to your arsenal, no matter their rarity. But how exactly does the system work? To answer that and more, here’s everything you need to know about the Pity System on Tower of Fantasy.

What is the Pity System?

In Gacha games, the Pity System guarantees that players will be able to get an item/unit of the specified rarity after a set number of pulls, for example, in Genshin Impact, the pity window for a 5-star unit/weapon caps at 90, meaning that, if you haven’t managed to get a 5-star character/weapon until then, you are guaranteed to receive one on your 90th pull.

Tower of Fantasy: How Does the Pity System Work?

As we said above, Tower of Fantasy currently features an extremely accessible Pity System when compared to the ones featured in most Gancha games, as players are guaranteed to get an SR or SSR weapon (in Tower of Fantasy, instead of characters, you pull for weapons, as all SR and SSR ones will come accompanied by their Simulacrum, or character), at every 10 pulls on the currently Gold-standard and limited banners, and are guaranteed to get an SSR weapon at every 80 pulls. But that’s not all, as, differently from Genshin Impact, getting an SSR before hitting 80 pulls will not restart the counting, meaning that you are guaranteed to get an SSR unit at 80 pulls, no matter the result of your previous ones.

With that said, in the game, players will be able to pull for both Characters/Weapons, and Matrixes, but, differently from the character banners, the Matrix banners will have their Pity set at 40 pulls. Is also important to point out that, in Tower of Fantasy, the pull count will stay between featured banners, or Special Orders, as the game calls. Last but not least, is vital to point out that the game’s Black Nucleus banner doesn’t possess a Pity Counter, as the mechanic is only present in the Matrix-focused and on the Gold/Red Nucleus banners.

You can check out an overview of how the Pity System works on Tower of Fantasy below:

It’s important to point out that the values showcased above are related to the game’s currently released version, and may not represent the ones featured in the Global version.

Attack of the Fanboy / GAME GUIDES / Tower of Fantasy: How Does the Pity System Work? | Pity System, Explained