Valheim – How to Beat Bonemass

Poisonous slimes are always a headache. 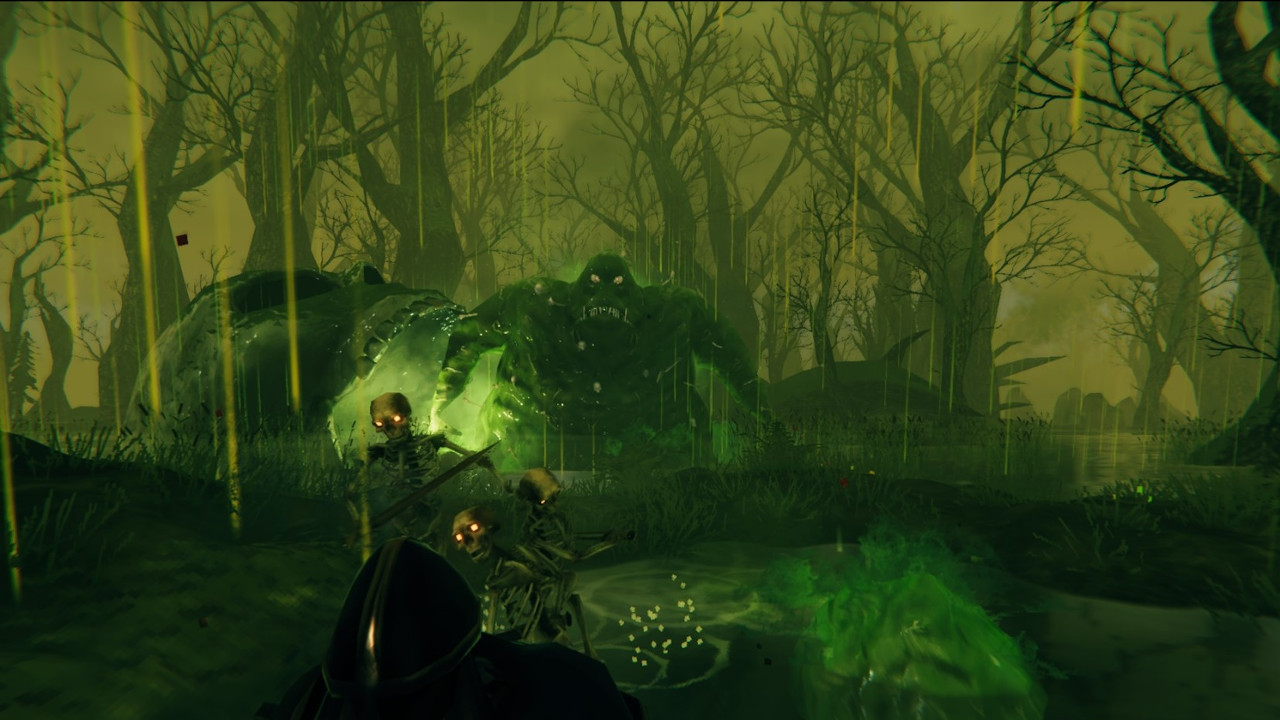 Out of all the Bosses in Valheim, Bonemass is the one that I had the most trouble with. The final Boss of the Swamp biome is a giant poisonous blob, that guess what, throws more big poisonous blobs at you, alongside Oozers! It was obvious that the Swamps will include such a fight as their final challenge, but I really wasn’t prepared for this. And to be honest here, this is exactly why I had a headache with him, because I simply wasn’t prepared. After I narrowed down my options as to how to approach him and handle him, everything suddenly became quite easy. Please note that I play the game purely on Solo mode, so everything is extra hard just of this fact alone.

How to summon Bonemass.

In order to fight Bonemass, you of course need to summon him first like any other Boss. Withered Bones are needed to call out the big ooze, 10 of them to be precise, and they can be found around the Swam from Sunken Crypts.

After passing the first and kinda easy step, then the fight begins. And boy oh boy will you have a hard time when you first face this guy. Being resistant to every single type of attack, except blunt, you will even question yourself if you went up to this fight earlier than you should. That is not the case though, as I mentioned already, since he barely takes any damage from anything other than maces and clubs.

How to fight and beat Bonemass.

Bonemass calls forth many minions in the form of smaller versions of him, alongside huge AOE poisonous attacks with quite big radius. Being overwhelmed from his lackeys, trying to avoid these puddles of death while evading his normal attacks as well, rest assured you’ll be constantly out of stamina. With all that in mind, let us now proceed to how you can actually deal with him.

First things first, keep in hand lots of Poison Resistance Meads. You WILL need them. That said and done, you now have two options here, based on my personal experience with him. You either go the ‘normal’ route, or the easy ‘cheesy’ alternative. Regardless which one you choose, both are effective in their own way.

The first one is how I actually beat him for the first time as well. You need any of the two key items. The Stagbreaker Hammer or the Iron Sledge. While the Stagbreaker Hammer is rather easy to build, the Iron Sledge requires some special items to get beforehand, like the Ymir Eti you can find and buy from the Merchant. Both are worth it, so make sure to craft any of them prior to the fight.

Proceed with the fight. Whenever there aren’t any minions around, attack him as much as possible, enduring his attacks back. Try to go back and forth while trading blows, to recover your stamina and cure any poison amassed from his skills. The moment he summons little guys in the field, start focusing on them with the AOE attack of your hammers. Don’t try to kill them with one blow or hit the Bonemass alongside them, there is no need. Be patient and wait for them to group up. Hit once, and rinse and repeat as many times as needed, don’t chase them to finish them off. After all of them are gone, start mauling at Bonemass again. This is pretty much the fight loop, so repeat until he is dead.

In case you want to avoid all of this hassle, Bonemass can be cheesed quite easily, bringing us to the 2nd method you can use for this fight. Find a tall tree and start putting floor tiles to a spot that he wouldn’t be able to reach, above his head. Create a ‘mini’ base there, with a Workbench and a couple of walls with some windows to be able to aim at him. You see where this is going…

After your little shed is complete, bring him towards that space, aim at him with your Bow and start hailing Frost Arrows at him, as these are the only ones that will actually damage him for a fair bit. Whenever you run out of them, interact with your bench and simply make as many more as needed, to complete the battle. Bonemass won’t be able to react to anything at all in this trade off, since he can’t reach you with any of his attacks. It can be boring this way, and not satisfying as the first method, but sure is an easy way to get rid of him. Bonemass drops the Wishbone after he is defeated, letting you farm Silver with an extremely easy and efficient way, found right here in this article.

I hope I helped you out with these guidelines, so make sure to claim Bonemass’s Trophy and get ready for the next biome.