Valheim – Where to Find Copper Deposits

This precious metal will be the first of many you'll mine in Valheim. 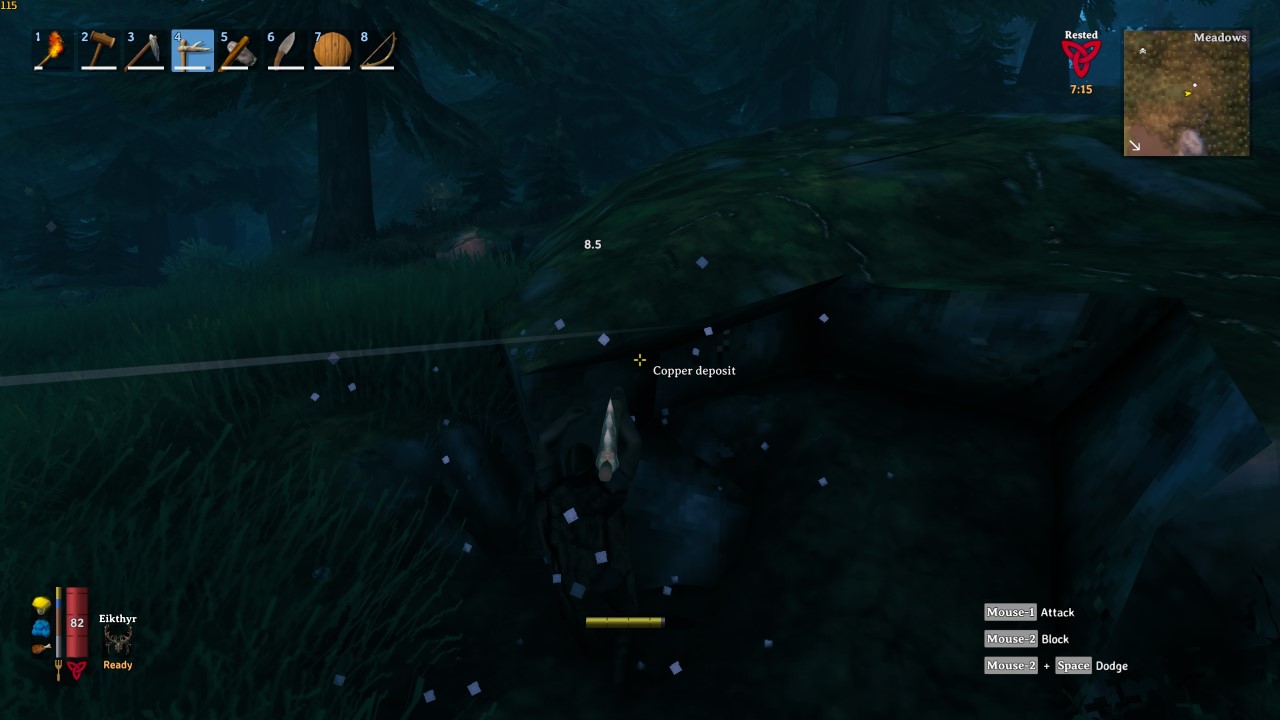 Copper is one of the first metals you’ll mine in Valheim shortly after crafting your first pickaxe, but you’ll notice there isn’t a single deposit within the Meadows. Well, you’re a big bold Viking now, which means it’s time for you time brave the darker, more dangerous portions of Valheim’s world. If you want to progress forward you’ll need to mine copper, and that means you’ll need to enter the Black Forest.

Copper deposits in Valheim can be found within the Black Forest biome.

Copper is plentiful within Valheim’s the Black Forest, a biome that shares borders with the Meadows. This is the second biome you are meant to progress through in Valheim, so the equipment you crafted to overcome the first boss will get you started in the Black Forest. That said, it is still a deadly zone, full of greydwarves, skeletons, and trolls. The trolls alone can pummel you into an early grave with a single attack if all you are wearing is basic leather armor, so you’ll want to mine that copper sooner rather than later to craft better quality equipment.

Copper deposits in Valheim appear as giant boulder-sized mounds in the earth covered in green mold. You should also notice a lines of copper streaks within the rock, and all you have to do is start whaling on the mound to harvest the copper. Each chunk you break off the mound will net you one piece of copper on average, and you will harvest a bounty of stone as well. Copper ore is heavy – a full stack can easily encumber you – so if you plan to go whole hog you’ll want to discard the stone.

This shouldn’t be an issue, however, since the starter pickaxe in Valheim breaks by the time you collect ten copper. Do yourself a favor and create an outpost in the Black Forest where you can offload your ore and repair your pickaxe, unless you enjoy wasting your time darting between your first base and the Black Forest with only small hauls in your inventory. You’ll need the copper to create the Forge, but the ore has to be smelted first. Since Surtling Cores are also within the Black Forest (which you can learn more about here) it’s best to create your Smelter and Kiln at your Black Forest outpost to more efficiently smelt your copper ore while you mine some more.