Warframe – How to Farm Grendel

Warframe's latest addition has an appetite for destruction. Warframe’s Update 26 has recently landed, and with it the latest warframe: the stoic, gluttonous consumer of worlds, Grendel. Like all previous frames, Grendel can be earned in-game for free, and the method of doing so isn’t cosmic, though the missions may give you some fierce headaches.

You will need to farm Arbitrations to purchase Grendel keys.

To get started, you or someone in your team needs to have a key for one of the three new missions on Europa that grant a piece of Grendel upon completion. See, this is the easy part: each key can be purchased from the Arbitrations vendor for 25 Vitus Essence, and each key is named after once of his three pieces: chassis, neuroptics, and systems. The kicker to this is only one person in a team needs the key. The missions on Europa don’t appear until you have the associated key, but as long as someone has one they can send you in, where the matching piece will be rewarded to all party members upon completion.

You can farm all three keys if you wish, group with a party where a key for each mission is accounted for among the group, or try and tag along with a farm group where all other players have a key. Bringing one of your own is the most polite course of action, but you do not need a key so long as someone else does. 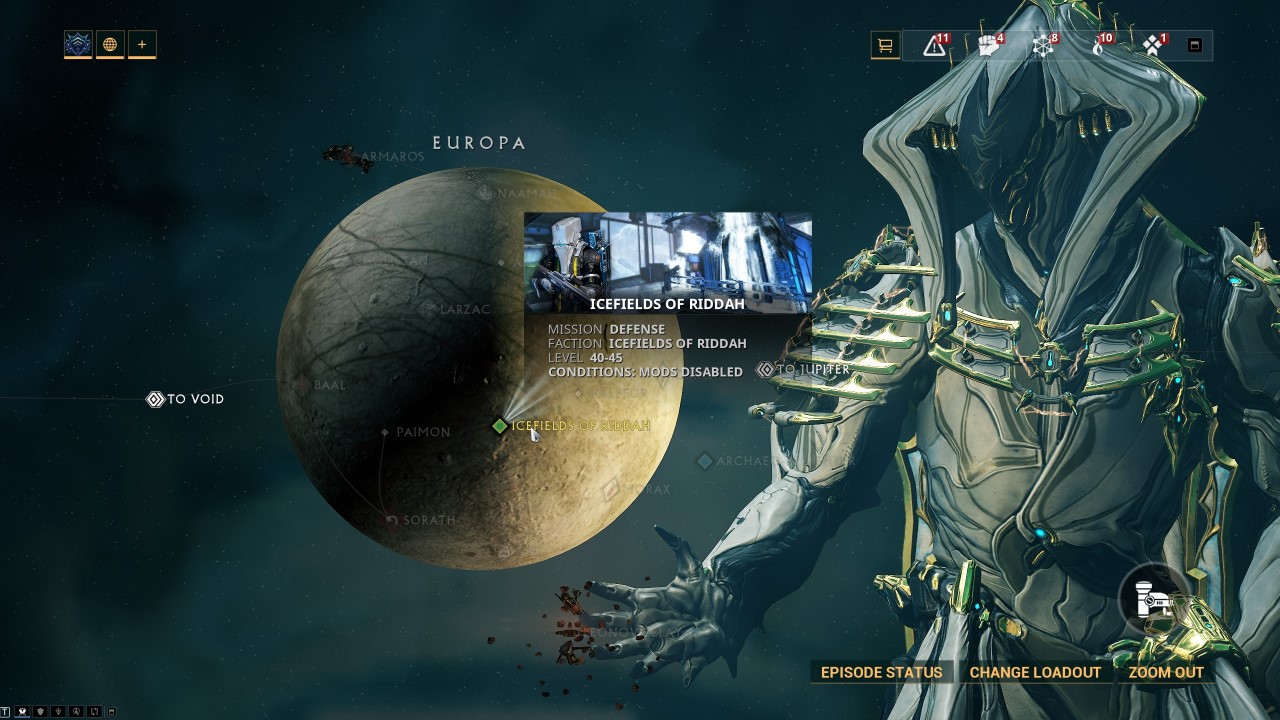 Head to Europa, and prepare to suffer.

I’m going to be blunt: you’ll want to find a party in recruitment chat prior to farming Grendel proper. Not only do the missions not feature matchmaking, but they have a special pain-in-the-ass condition applied: all mods are disabled. Weapon mods, Warframe mods, companions mods: all mods are turned off in these missions. To top that lovely detail off, you also cannot access Spoiler Mode or gear items. The enemies start at level 40, and you are going in as naked as the day you started the tutorial. So, what are you to do?

First, find a team in recruitment chat; not just because of the aforementioned keys, but because it will make these missions a substantial amount easier. Nidus, Octavia, Wisp, Frost, Trinity, and Harrow are all solid picks here.

You essentially want protection, energy replenishment, and easy to maintain group buffs, because not only are the three missions a survival, excavation, and defense, but they are all looooooong. Survival goes for twenty minutes, excavation ends at eight-hundred cryotic, and defense is fifteen waves. With no mods these missions will drag on forever, or end swiftly due to poor group composition. 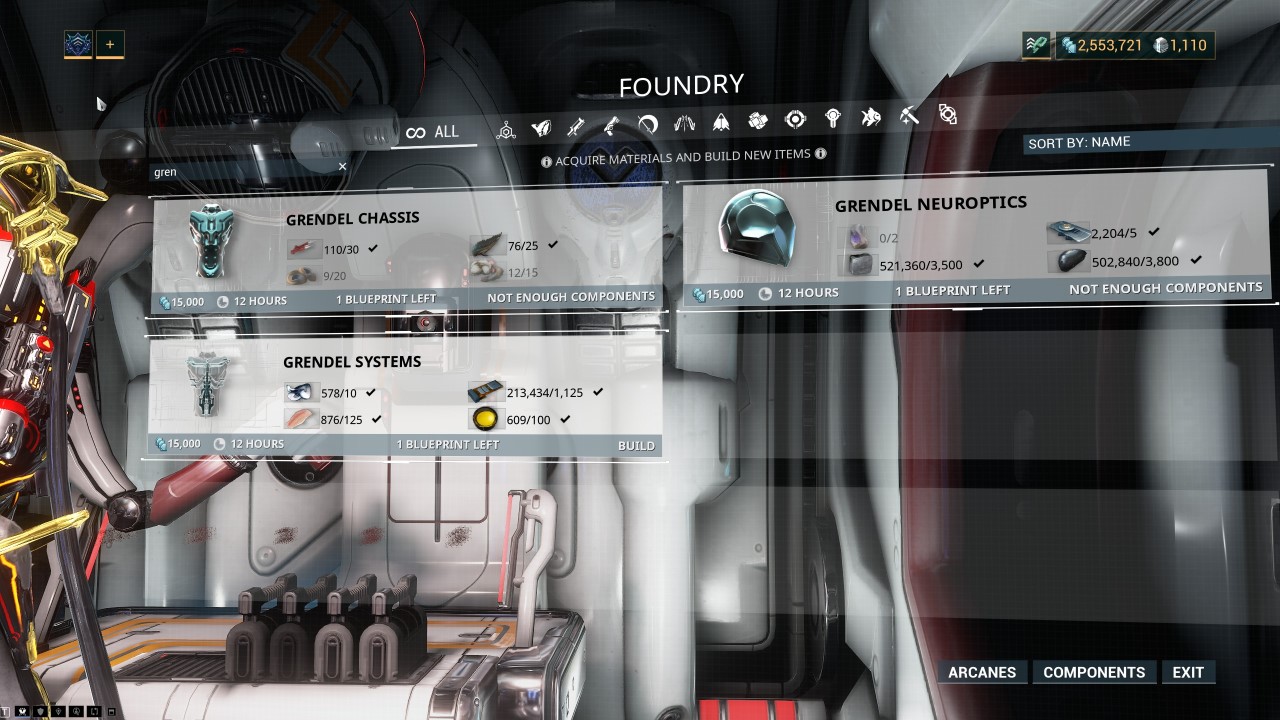 After you and your team have suffered through Europa’s newest nightmares, you’ll be rewarded with the Grendel part associated with the key that unlocked it, guaranteed. As you can see in the image above, Grendel isn’t too hard to build, with resources coming from the Plains of Eidolon. His blueprint can be found in the market for cheap. Shake, bake, and combine everything to find yourself the proud-yet-battered owner of the thiccest boi to ever appear in Digital Extreme’s darling.

One you have Grendel in your arsenal, don’t forget to check out your new parazon and the Requiem mods that go within it. You’ll need to beat that new Kuva Lich stalking you with something pointy.