Warframe The New War: Everything You Need to Know

A rundown of the most important things coming in Digital Extremes' latest update for Warframe. 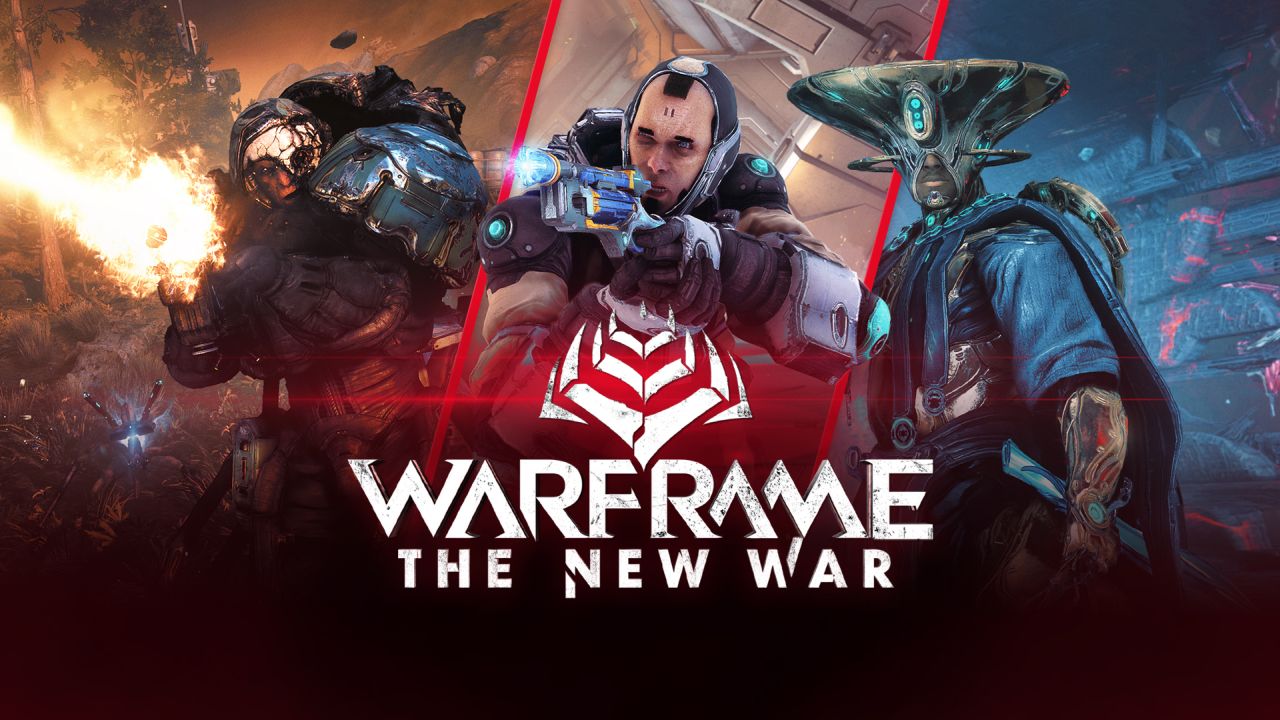 The New War is just around the corner in Warframe. This update has been in the works for a very long time, becoming a meme within the community that The New War will never come out. It has since then gotten a release date and many new and exciting things to look forward to, including hours of quest gameplay, new Warframes, and quality of life changes. Here is all you need to know about The New War coming to Warframe.

What is The New War?

The New War is the next big mainline quest in Warframe. This should tie up any loose ends and continue the events following major key points in the game’s story like The Second Dream, The War Within, and The Sacrifice. Avoid this if you are not fully up to date with all the mainline quests leading up to this point in the game. The New War should answer questions about the true identity behind the Lotus, now Natah, and her association with the Sentients. In the events leading up to that, the Sentients have been mobilizing, becoming the major new threat to the Origin System.

The Tenno will also mobilize and create unlikely allies in this massive cinematic quest. This includes creating an alliance with the Grineer and the Corpus, factions who once acted as foes with their own means of taking control of the System.

Players will assume control of brand-new playable characters such as Kahl-175, a Grineer trooper who is in the thick of the Sentient invasion on Earth, Veso, a Corpus technician, and Teshin Dax, the man behind the Conclave and Steel Path. The story will be told from multiple perspectives, showing the major hardships each faction will face ahead. 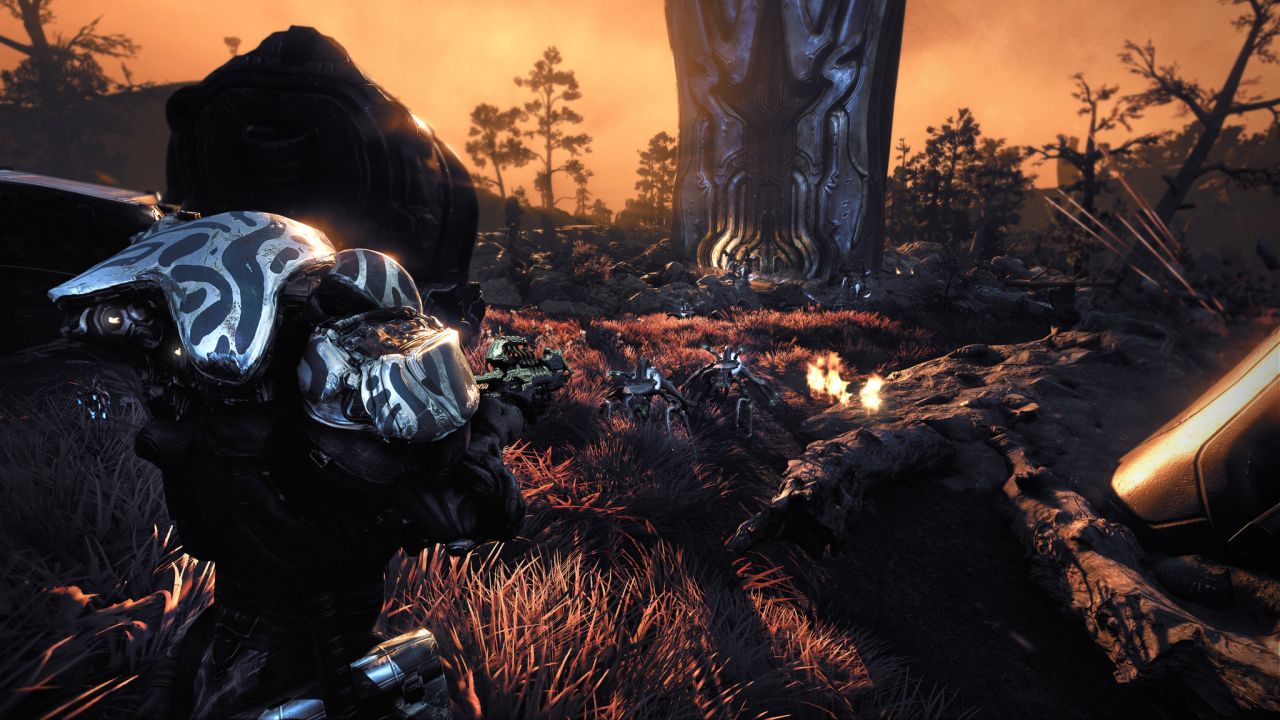 This quest expansion is looking to be the largest one yet, sporting over 70 minutes worth of original musical compositions.

When does The New War come out?

The New War is slated for a December 15 release on all current platforms. This includes the Nintendo Switch, PlayStation consoles, Xbox consoles, and PC. These are the approximate download sizes depending on your platform:

Is there a new frame being released in this update?

The new Warframe being released in this update is named Caliban. He’s a Sentient-Warframe hybrid, sporting the role of something like a tank and support. His abilities are all Sentient-themed, even allowing him to summon Conculysts to fight alongside him and his teammates. Just like a Sentient, this Warframe bestows damage resistance to different types of current damage he and his allies are taking. 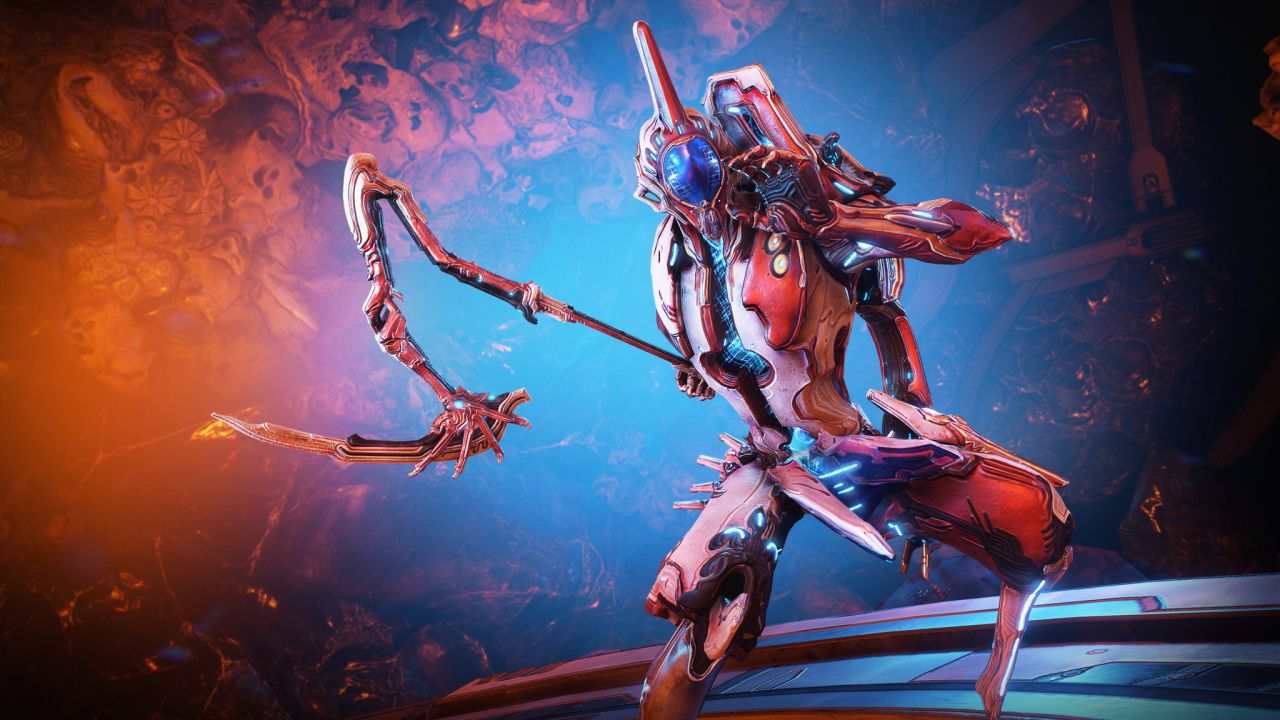 Caliban can be acquired after completing The New War quest. His components will be farmed in an undisclosed part of this expansion. He can also be purchased in the market for Platinum if you want to skip the grind.

How to prepare for The New War

Since this is going to be a rather sizeable quest in terms of length, you should definitely start looking at creating strong and versatile builds for your Warframe and weapon loadout.

You should also have the following quests completed so you can play The New War as it drops on the 15th: 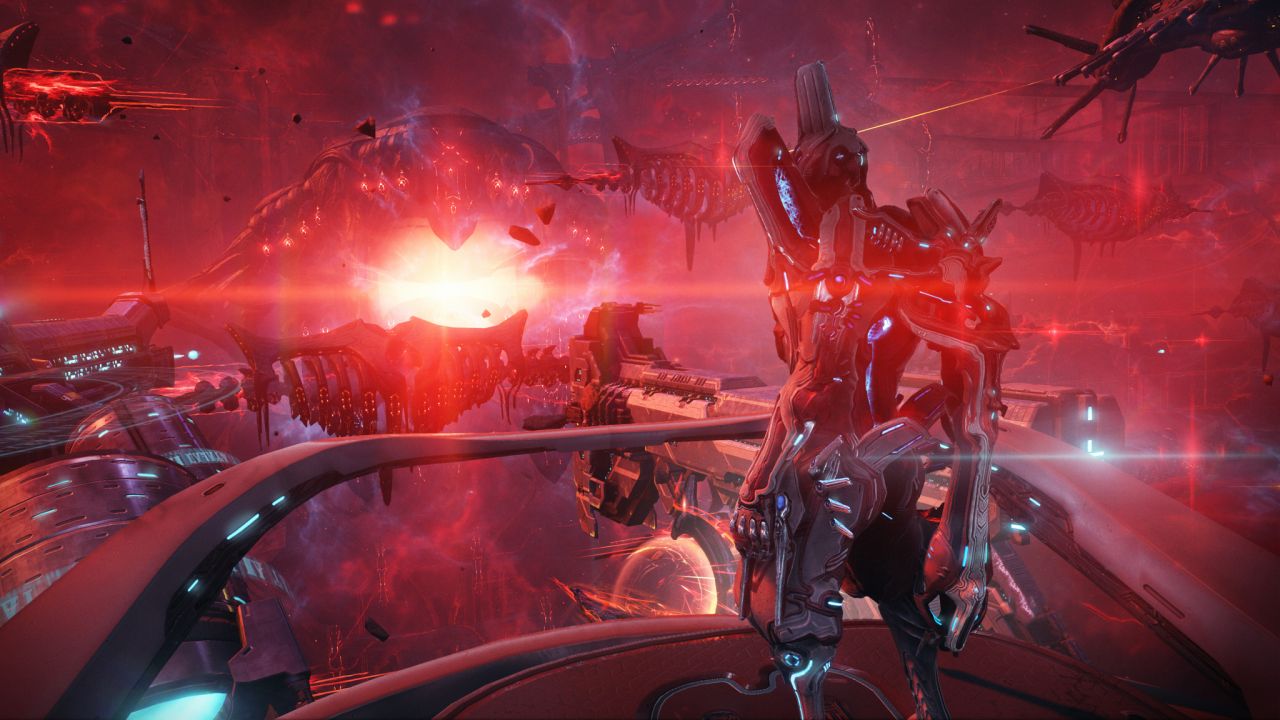 Since your loadout will most likely be at the best you can make it, it is heavily advised that you create a Necramech along the way. You’ll need it in certain instances and it’ll very much help you in completing this massive cinematic quest. You should also note that this quest will limit your access to your load-outs, including switching frames and weapons until it’s completed.

Coming alongside Caliban will be Harrow Prime! He’ll be obtainable like any other Prime Warframe. You’ll need to obtain relics and crack those in Fissure missions in order to have a chance at obtaining parts for him and his signature weapons— the Knell Prime and Scourge Prime. 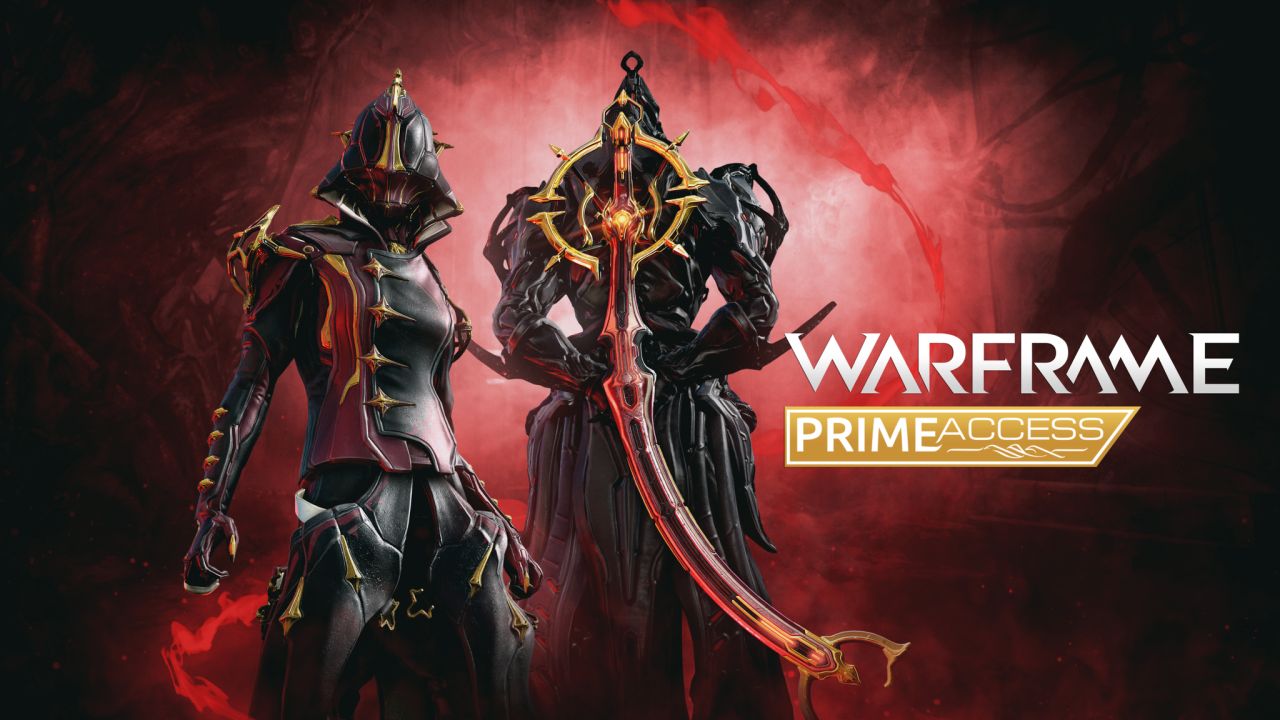 Harrow Prime will also sport Prime Accessories that include a syandana and an Operator suit.

Warframe is out now for Nintendo Switch, PlayStation 4 and 5, Xbox One and Series S/X, and PC. The New War is going to be released on the 15th simultaneously on all platforms. 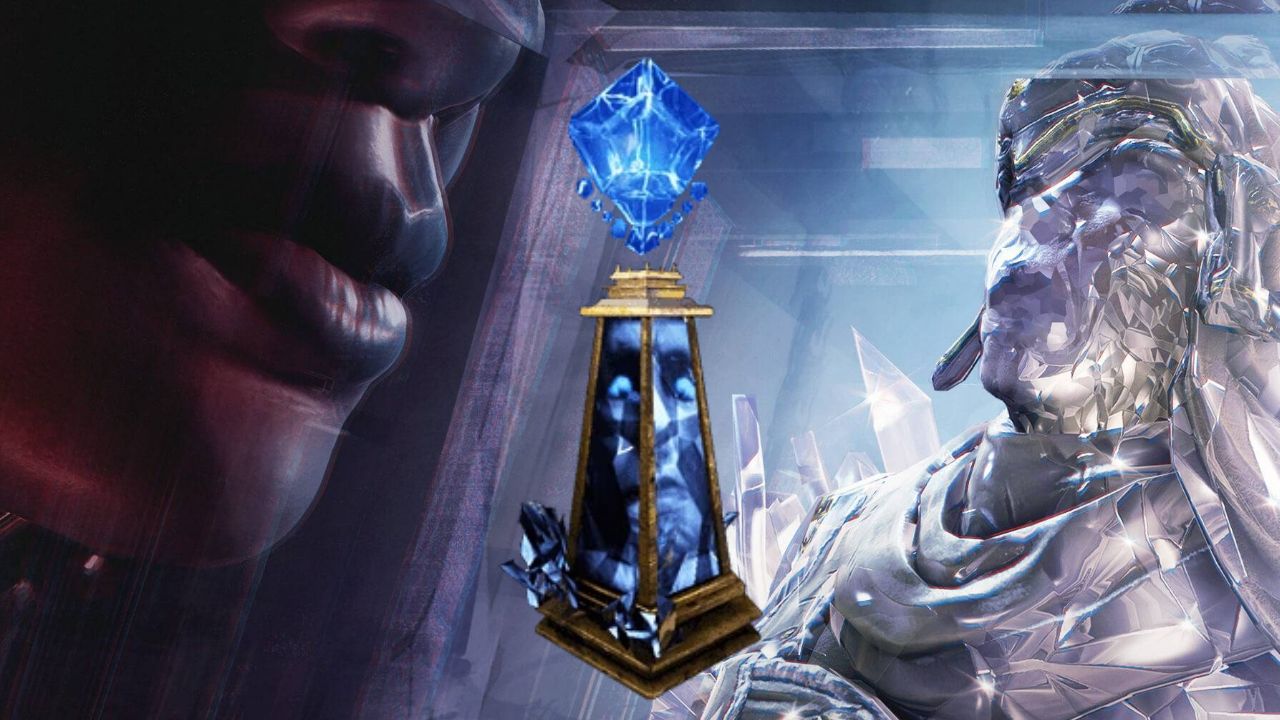 Warframe Nihil’s Oubliette: What is it and How to Use it The Glassmaker era may be over in Warframe’s Nightwave, but the crucial battle is still playable. For those who may...
Attack of the Fanboy Warframe Rare Servofish: How to Find and Catch The Rare Fish in the Orb Vallis Here is what you need to know in order to start catching Rare Servofish.
Attack of the Fanboy 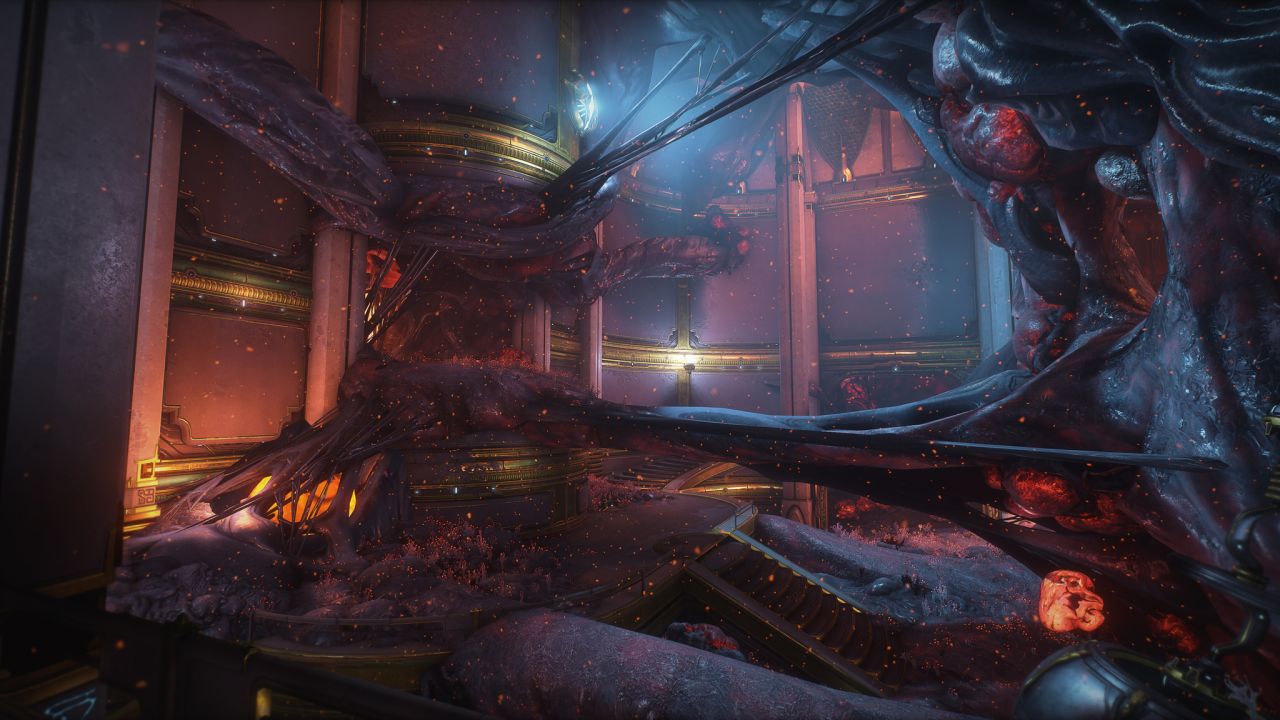 Warframe Isolation Vault: How to Open Secret Rooms Here are all the known secret rooms in the Isolations Vaults on Deimos.
Attack of the Fanboy 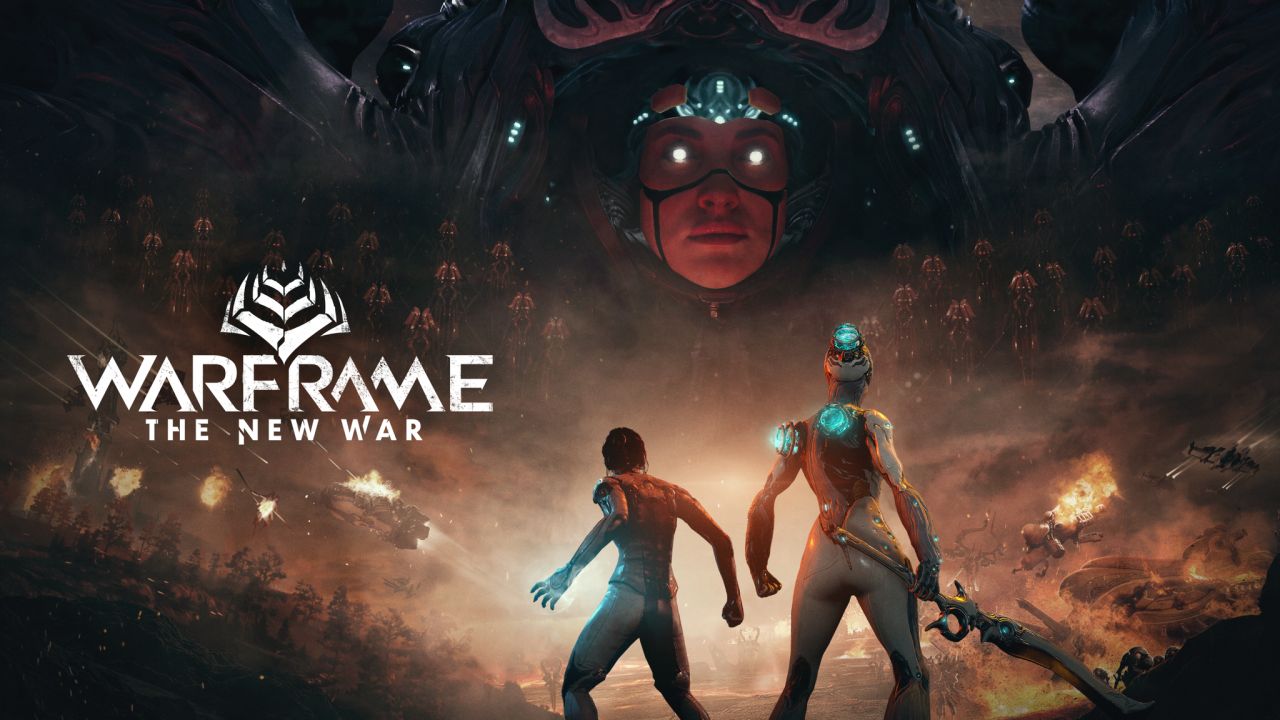 Home / GAME GUIDES / Warframe The New War: Everything You Need to Know