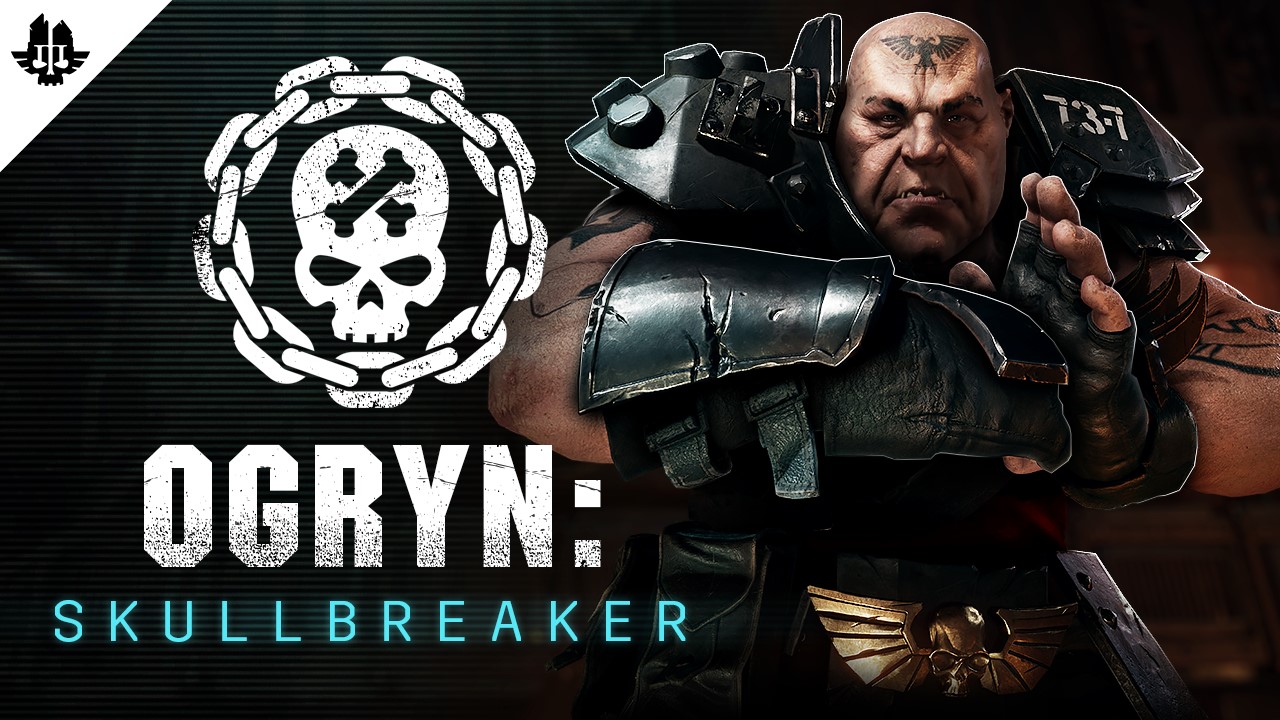 As the Skullbreaker, you will want to think of yourself as the wall between all the enemies and your team. But you might not want to necessarily constantly stand in front of your Sharpshooter to keep him safe. You do need to understand that you will be throwing yourself into the hordes of enemies first for your team.

The Skullbreaker has access to the heaviest weapons out of all the other classes as he is the only character than can carry the massive bolters and machine guns with ease. You can choose to mow down mobs of heretics with arm-mounted cannons, shotgun bolters, or a good old fashion machine gun.

For your melee options, you have daggers the size of other classes’ swords and maces for some more blunt damage. The Skullbreaker also has access to a riot shield that allows him to truly become the tank of your team. While using the shield, Ogryn has the option to firmly plant it in the ground and become the wall that he was always meant to be.

If you need to make your way through a crowd or just want to clear some space for your teammates the Skullbreaker has the perfect ability for that. His active ability will allow him to charge forward a set distance and knock over any enemies in his path. The only enemies that won’t be knocked down by this ability and the boss-type enemies that you will run into at times. Breaking up a crowd can also make it easier for your Psyker to pick out the special enemies and take them out with a pop.

After all the enemies have been pushed to the floor, the Skullbreaker also gets an attack speed boost. This is great if you didn’t manage to fully make it through a crowd as you can just quickly cut down the rest with your melee. You can also turn around after your dash and kill the heretics that you knocked down as they get back up.

Ogryns also have one final advantage over all the other characters, that being their size. The Skullbreaker can not only carry large objects like Medicae station batteries or objectives with ease. But a Skullbreaker won’t be interrupted by damage when trying to save a teammate.

Normally when a teammate goes down, you and the rest of your team will need to clear out the area and cover whoever is saving the downed team member. Having to do all of this before you can resurrect your teammate can often lead to them dying before you can save them and making them spawn later in the level as a rescue target.

The Skullbreaker can walk right up to whoever is down and pick them right up no matter who is swinging at them. Of course, you will still need health to survive doing this as you are not immune when picking someone up. But it can mean the difference between winning and losing a mission.

Warhammer 40k: Darktide will release on November 30 and be available to play on PC and the Xbox Game Pass.