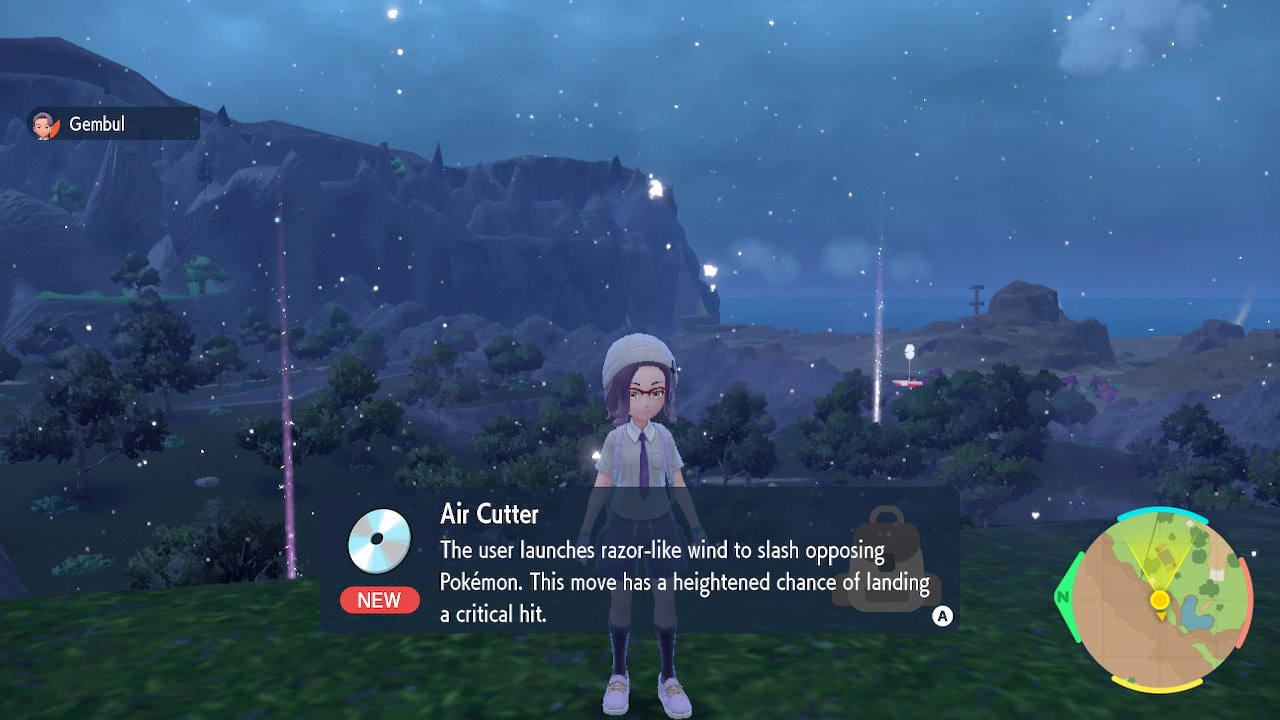 The Air Cutter TM can be found on a hill near Dalizapa Passage. The only way to obtain this TM is by climbing up. So, unfortunately, those who haven’t unlocked the climbing ability for Miraidon or Koraidon will not be able to reach the Air Cutter TM. The climbing ability can be unlocked by defeating the False Stone Dragon, one of the Titan Pokemon in Paldea. For the exact location of this TM, refer to the orange flag on the map below.

Once you have reached your way up, you should be able to see the TM like the image below. Its shiny aura is hard to miss, even when it’s located in one of the most mountainous areas in Paldea.

The description of the Air Cutter TM reads that the user launches razor-like wind to slash opposing Pokemon. In addition, it also heightens the chance of landing a critical hit. This TM works very similarly to the Drill Run TM, the only difference being the type and the attacking animation. So, if you’re looking for a move to boost your Pokemon’s damage, this is it.

Don’t forget that once you have obtained this TM, you can craft more copies using a TM machine at any Pokemon Center. For that, make sure you have these materials with you:

That sums up where you can find the Air Cutter TM in Pokemon Scarlet and Violet. Just a little reminder for you, though. While hunting for TMs, make sure you also use the Let’s Go feature to have your Pokemon pick it up for you while raising your friendship simultaneously.