Where to Find Brick Break TM in Pokemon Scarlet and Violet

Shut down Light Screen and Reflect with this useful TM! 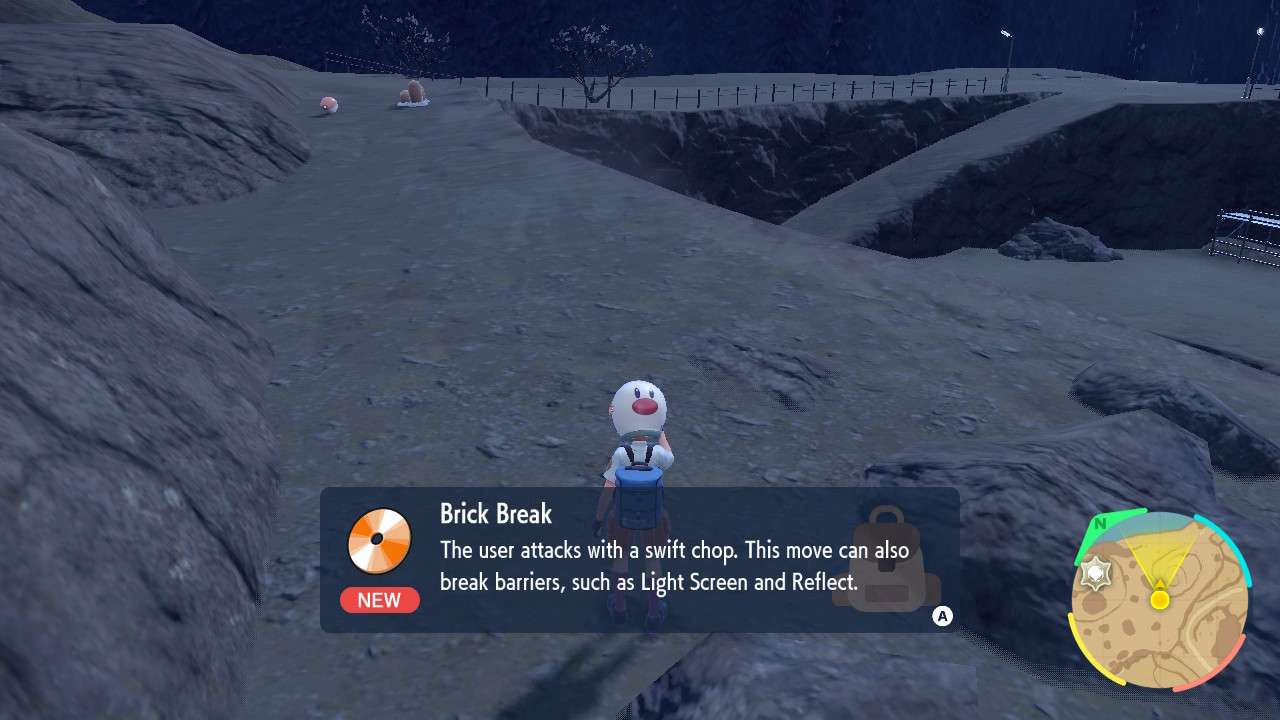 If there’s anything I find incredibly annoying in Pokemon Scarlet and Violet, it has to be fighting against Pokemon that use Light Screen and Reflect. The fact that my Terastalized Pokemon barely did any damage because of those moves shows just how powerful they are at times. Despite that, there’s actually a way to counter those moves, which is by using the Brick Break move. Like its name, this move enables your Pokemon to break barriers like a brick while damaging the opponent. If you’re interested in using it, here’s where to find the Brick Break TM in Pokemon Scarlet and Violet.

Where to Find Brick Break TM in Pokemon Scarlet and Violet

The Brick Break TM can be found in a dig site near the East Province (Area Three) Watchtower. To reach this place, you’ll need to head to the East Province (Area Three) Watchtower and follow a marked path on the map below. As seen in the picture below, the black arrow path will lead you to a particular location with an orange flag. That’s where you will find the Brick Break TM.

Once you have arrived, you should easily spot the Brick Break TM in plain sight. Simply walk to the shiny Pokeball, which is the TM, and press A to collect it. For complete clarity, you can check the image below of the surroundings where the Brick Break TM can be seen.

Based on the in-game description, the Brick Break move allows your Pokemon to attack with a swift chop. In addition, it’s also capable of breaking barriers such from the Light Screen and Reflect moves. This makes it perfect against Tinkaton, Raichu, Magneton, and others likely to abuse these moves. Rather than just waiting for the effect of those moves to wear off, you can proceed to break their defenses and deal damage by learning this TM.

With that said, you’ll need to go to a TM machine at any Pokemon Center first before being able to learn it. To do that, make sure you have gathered these materials:

So, that wraps up everything you need to know about finding the Brick Break TM. Don’t forget that apart from relying on TMs, you should also raise your friendship with your Pokemon and use special items to make them even more powerful during battle!