Where to Find Encore TM in Pokemon Scarlet and Violet

Struggling against a particular Pokemon? Try learning this move. 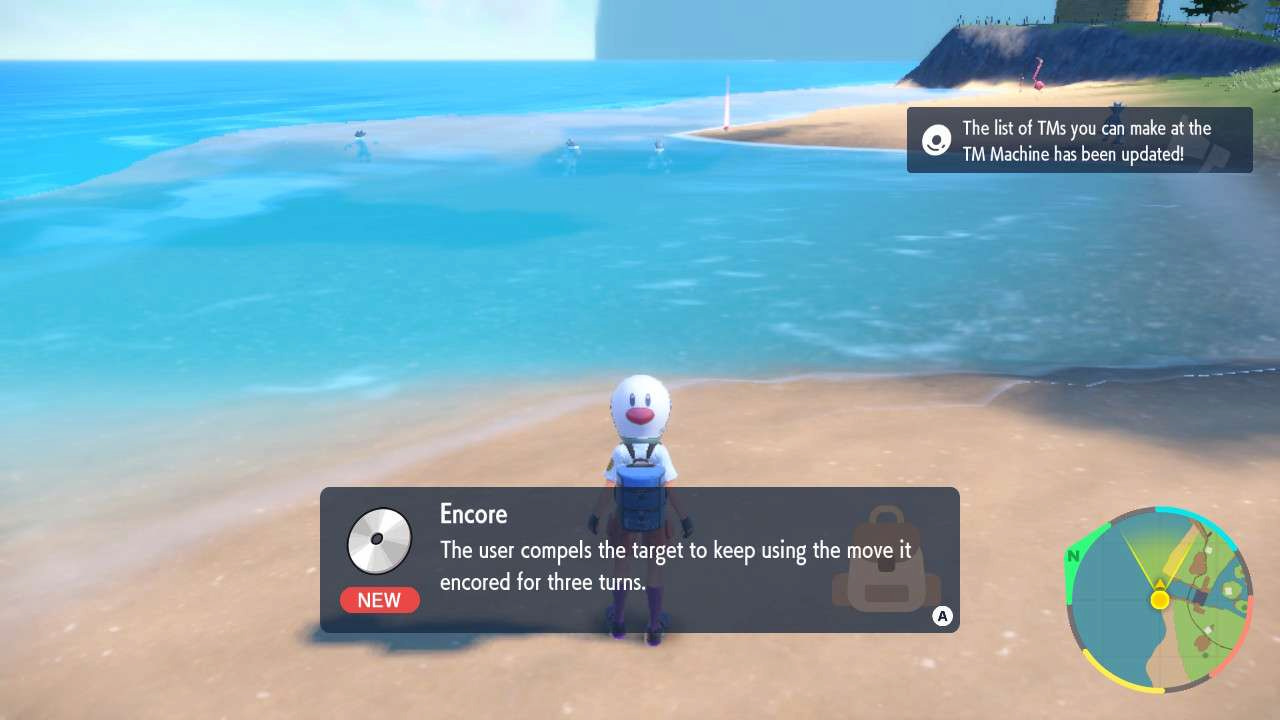 At some point in Pokemon Scarlet and Violet, most players will encounter a Pokemon that’s extremely frustrating to fight against, to the point that their party keeps fainting repeatedly. In my case, it was Tinkaton who kept buffing herself using Light Screen and smashing my Pokemon one by one. Had I used the Encore move during that battle, which locks the enemy into using the same move three times, I am sure my Pokemon would’ve survived. Fortunately, you don’t have to repeat the same mistake I did by learning this TM. Here’s where to find the Encore TM in Pokemon Scarlet and Violet.

Where to Find Encore TM in Pokemon Scarlet and Violet

The Encore TM can be found in the North Province (Area Three) Lighthouse. Upon arriving in this area, you’ll be able to spot the TM lying on the beach east of the lighthouse. You can check the map image below for the exact TM location.

Unlike other TMs, the Encore TM sits nicely in the open. There’s no need to climb or swim across certain places to reach this TM. So, getting to this area is pretty straightforward, and you can expect to see the TM like the image below.

The ability of this TM reads that the user can compel the target to keep using the move it encored for three turns. This means that you can prevent the opponent from attacking you for three turns when used on particular moves. So, for example, if a Pokemon buffs itself, you can use this move to lock it into keep buffing itself for the next three turns instead of dealing damage to your Pokemon. If you play your cards right, three turns should be enough for your Pokemon to deliver the final blow.

Don’t forget that, like other TMs, you must first craft it at a TM machine at any Pokemon Center before being able to learn it. To do so, you will need these materials:

And that’s it! Ideally, you’ll want to use this move against Pokemon that tend to buff themselves. Pair this move with a Life Orb to make the most out of the three turns for a deadly combo. Good luck!