Which Pokemon GO Auto Catcher Should You Buy?

Find out which Auto Catcher will work best for you in Pokemon Go! 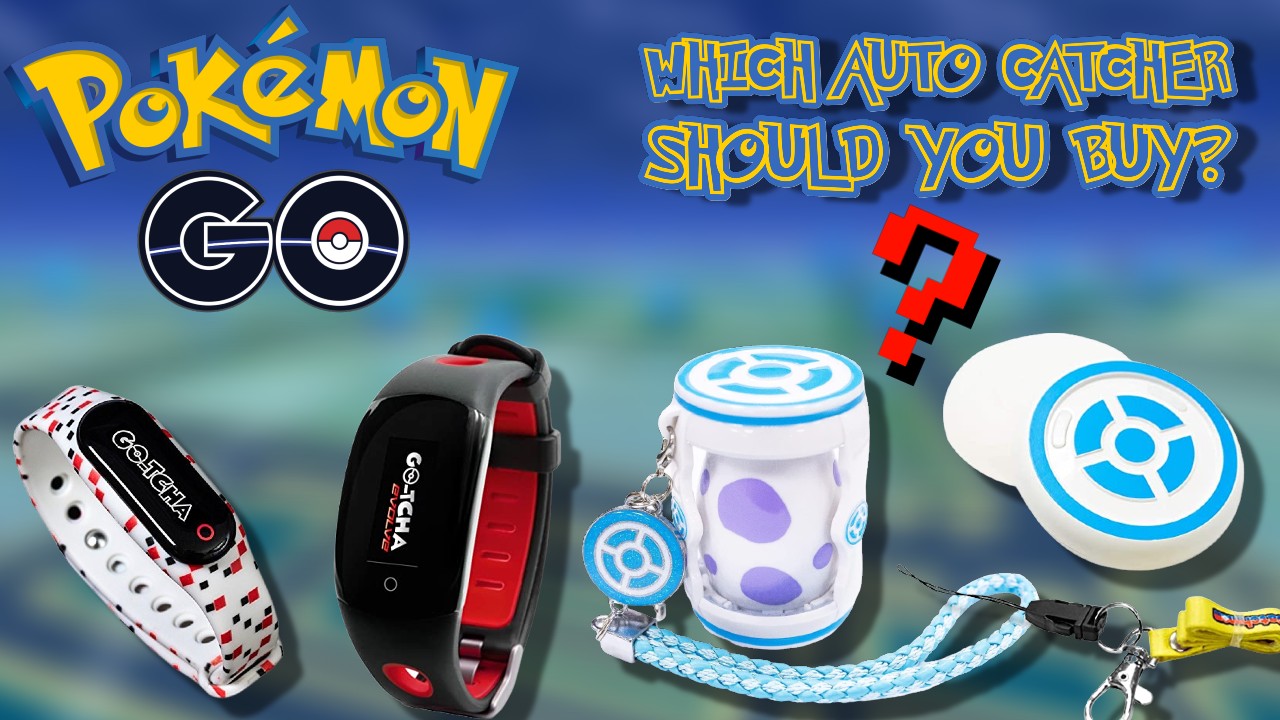 If you’ve been a long-time Pokemon GO player, the Pokemon GO Plus was almost a revolution when it first launched. While it is still a very viable option for those looking to get their hands on more Pokemon and items without having to bring out their phone, there are some more options to help you get ahead even faster.

Enter the world of Auto Catchers, devices that can spin PokeStops, catch Pokemon, and more without even needing to interact with them. While there are some issues with using them, mainly as stated in the Niantic Terms of Service, players have been using these devices for years without serious repercussions. While auto-spinning and auto-catching are technically considered cheating, these items replicate the software side of the Pokemon Go Plus to perfection, allowing you to go ahead and use them.

With all of that out of the way, let’s dig into what makes these great, and which one would be the best fit for you on your Pokemon GO Adventures!

Pokemon Go – Which Auto Catcher Should You Buy?

Players hoping to get into the Auto Catcher game should give this particular device a try, as it functions just as well as the Reviver Dia PLUS+. However, one thing that this accessory lacks is any sort of screen functionality, as everything is told to the player through pulsing LED lights. This could be great for those that don’t need to be bothered by a screen constantly lighting up, or those who may scoff at Auto Catchers.

With its low price of entry, the Brook Pocket Auto Catch Lightning gives gamers the perfect chance to find out if an Auto Catcher will prove useful to them. While some are still even cheaper than this particular offering, the Auto Catch Lightning is reliable and stays connected to your device no matter where you happen to go on your Pokemon GO adventure.

As fashionable as it is useful, players big in the Auto Catcher scene have seen the rise of the Brook brand quickly, and with good reason. Much like the Got-Cha brand, this wrist-worn accessory has an app to adjust how frequently the Dia PLUS+ checks for new Pokemon in the area, the opportunity to update firmware for more features, and so much more. One very helpful feature is the Disconnect Reminder, which lets players know if their device has disconnected from the Pokemon GO service.

Alongside the vibrant screen on this particular device, players that are hoping for an extra fashion accessory will be able to wear this without sticking out like a sore thumb. Alongside an 18-hour battery life to give gamers more time out in the world to capture Pokemon, this is one of the most feature-packed Auto Catchers currently available. Take everything great that I said about the previous device, and double it. That’s right, the Dual Catchmon Go can connect to two devices at once, allowing multiple players to get the rewards that an auto catcher brings along. If you and a friend, partner, husband, or wife are avid Pokemon Go players, this is the quintessential item for you to get. You’ll be able to reconnect it with a single button press, as well as hear a sound, feel vibrations, and more.

Easily the cutest Auto Catcher, the Egg Catchmon Go is a large auto catcher that also works as a bit of a fashion accessory. While big, it offers a plethora of different sound and vibration options, so you’ll always know when something is going on. If you’re out on a hike, or just on a walk, you can slap this onto a backpack, a belt loop, or wherever to make sure that you’re catching Pokemon wherever you go.

The Egg Catchmon Go also will make noise and vibrate if the connection to the game is lost, which is unique to this auto catcher. Most, if not all, auto catchers will automatically disconnect after about one hour, so you’ll get an audible beep to let you know when it’s time to reconnect to the game. Unlike the previous entry on the list, you’ll have to control your settings directly in the Pokemon Go app, which is simple enough. The high price point could scare some players away, but the features and the strong connection make this a great contender for one of the best auto catchers available on the market. If you’re not afraid to wear your passion on your wrist, you’ll be able to take the Datel Go-Tcha or Go-Tcha Evolved for a spin, no pun intended. You’ll be able to connect these directly to your Pokemon Go account and get right into the action, with the ability to set automatic and manual options for PokeStops, Pokemon Capture, or Mystery Pokemon. If you’re wanting to Shiny Check before catching, you’ll love the fact that you can change how this device works.

The standard Go-Tcha features a small, black-and-white screen with simple one-button navigation. You’ll be able to press once to cycle through your settings, or press and hold to set either automatic or manual mode. The Go-Tcha Evolve, on the other hand, features a nice, full-color display, a way to track your steps, and the same features that are on the previous model. Either one is a great grab, but the extra features, as well as the dedicated app for the Go-Tcha Evolve, make the extra few dollars to get one worth it in this case.

This is going to be for those that are loyal to the Go-Tcha brand, the Ranger is quite the little accessory to have on your person. Not only does it work very similarly to the Go-Tcha Evolve, but it also happens to have a battery charger with a charging cord built directly into it. There is also a compass and an LED flashlight at the bottom, for those that may be a little bit unsure of the direction they’re going or like to play at night.

This is going to be an Auto Catcher for those that like to explore at all hours of the day and offers an app for updates and frequencies of capture. Players can also pick if they would prefer to capture all Pokemon, or only new monsters, so players won’t need to keep updating their Inventory Space with the PokeCoins they’ve purchased.

This particular Auto Catcher is eye-catching for plenty of reasons, but also offers some of the best features currently available for this type of accessory. Not only will players be able to get out into the world with an adorable accessory, but they’ll also be able to share this particular object with another player or another account. Players with a significant other, or another account to farm Pokemon, this is one to keep an eye on.

Alongside a whopping 65-foot connection range, players will be able to separate themselves from this without missing out on some rare Pokemon, and with a speaker to notify players of special items and any input that has been made, this could be the ultimate catcher for Mega-Pokemon fans.

Those hoping to attach an adorable, Pokemon-themed accessory to their backpack or belt loop should look into the Pocket Egg Auto Catch. Rather than wearing this particular item on your wrist, or even on your bag, it could be tossed inside a backpack or laptop bag to hide the fact that you’re capturing more Pokemon than ever before. With a 3-month battery life and hot-swappable batteries, players can play for longer than ever with this Auto Catcher!

Players can also adjust the frequency that this particular catcher searches for Pokemon or auto-spins Gyms to avoid a massive number of notifications on their mobile devices. There is also a helpful LED for fans to see what they’re capturing if they have it on their person at the time, so they don’t need to continuously drain their phone battery checking what’s been found.

If you’re an avid Pokemon Go player and want to showcase your pride in the game, you’ll want to invest in any of these great auto catchers. If you like the idea of having a small screen that can keep you in the loop of what is happening, the Go-Tcha and Go-Tcha Evolve are great options that are also very cost-effective.

If you’re wanting a cute, physical item that does all of this work for you, with sound, vibration, and a great look, the Egg Catchmon Go is a great option. If you love the look and want to have your very own physical egg incubator to carry around with you, you can’t go wrong with this one.

Finally, if you have multiple players in your household and want to get them in on the action, the Dual Catchmon Go is going to be the only item you need. With excellent battery life and feedback, you’ll know exactly what is going on at any time in your auto-catching adventure.

If you’re looking for more items that will help you out in Pokemon Go, here’s what we think of the Pokemon Go Plus, as well as some other essential accessories that will aid you on your journey!

This article includes affiliate links, which may provide small compensation to Attack of the Fanboy.

Attack of the Fanboy / GAME GUIDES / Which Pokemon GO Auto Catcher Should You Buy?