Black Ops 2 will be a Non-Linear Sandbox

The latest news in the world of video games at Attack of the Fanboy
May 2nd, 2012 by William Schwartz 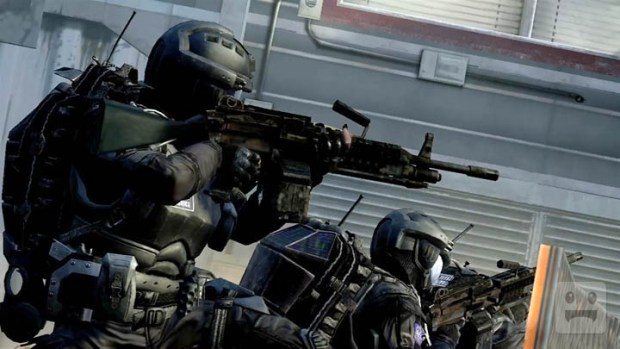 Over the years, Call of Duty has been known and in some cases condemned for being far too linear and hand-holding of an experience. Some have even gone so far as to classify the franchise as being more of an interactive action film instead of an actual game. Treyarch has dropped a monster load of details on their upcoming sequel to the 2010 block buster, Call of Duty: Black Ops, and one big drop has revealed that Black Ops 2 will be ditching the ultra-linear story line for a more open ended campaign that relies heavily on player choice.

During key points of the single player campaign, the player will be given multiple choices to choose from and the player’s decisions will affect the rest of the story. And it’s not just an A, B, or C decision (that phrase seems to keep popping up these days) either, these missions give the player the option of success AND failure. If you fail to achieve an objective, like protect a specific character, that will cause the story to splinter off in a completely new direction instead of restarting from the last checkpoint.

On top of this nice little feature in game is a sub-mode withing the campaign dubbed ‘Strike Force.’ These missions will a sandbox that will play more like a Real Time Strategy game than anything else. These missions will offer the player to choose from a set of possible levels to play where they will command Black Ops squads as well as tech on the battlefield, such as drones, quadrotors, and giant mechs, to hold specific areas on the map and push the enemy back. The player will have the ability to play commander and order troops around the map as well as enter your typical first-person perspective and control of individual troops and robotic artillery and get in on the action yourself.

More specific details are likely to shed some new light on these new gameplay mechanics, but from what’s out there already this is looking to be a wonderfully pleasant surprise. I was beginning to think I’d never see the day where Call of Duty not only allowed the player more freedom on the battlefield, but a choice on the direction of the game itself! Thanks to these new Strike Force missions, the game will call for a considerable amount of replay value as players will certainly want to see how other decisions play out in the campaign. Information is still pouring in, including new details about the ever so popular ‘Zombies‘ mode. Call of Duty: Black Ops 2 will release on November 13 for Xbox 360, PS3 and PC. In the meantime, check out the world premier trailer.