The latest news in the world of video games at Attack of the Fanboy
January 16th, 2018 by Jelani James 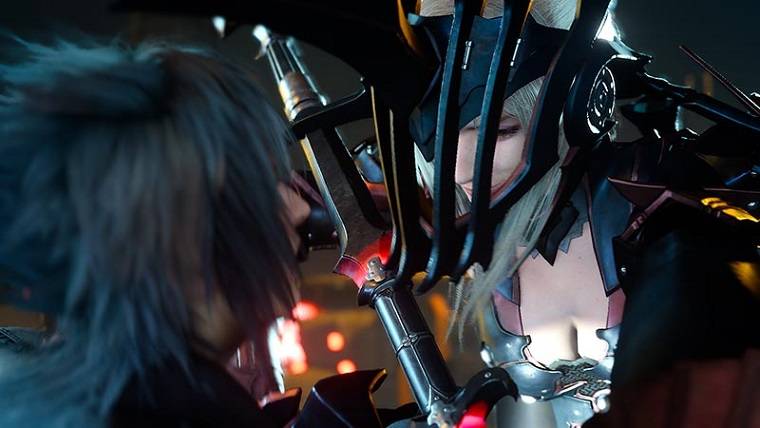 Square Enix has yet another announcement related to the world of Final Fantasy XV, this time revealing an update for Jan. 21 that will add several new features to the game.

Chief among these new features is the option to have Aranea Highwind serve as a training partner while at camp. Before, this honor was reserved for main party members: Gladiolus, Ignis and Prompto, but it appears that Aranea, who does occasionally show up as a guest party member once you get past a certain point in the game, will be getting the same treatment.

In addition to a new training partner, a new standby feature will be added to the camp menu, allowing players to transition from day to night (or vice-versa) at the drop of a hat.

The camp isn’t the only part of the game getting updated either, as Alessio’s trading post in Altissia will now sell new items and the tutorial will be expanded with new drills.

And, per usual, there will be an assortment of minor bug fixes.

Unfortunately, this update will also mark the end of the Assassin’s Festival, so if you haven’t received your set of Assassin’s Creed items, then you have until next week to do so.

This is the third announcement related to Final Fantasy XV that Square Enix has made recently. Just a few hours ago, the company announced the release date of the Windows Edition and confirmed that the once-rumored Royal Edition is, in fact, the real deal.

Final Fantasy XV is currently available for the PlayStation 4 and Xbox One, and will be released for PC on March 6.