The latest news in the world of video games at Attack of the Fanboy
December 2nd, 2016 by William Schwartz 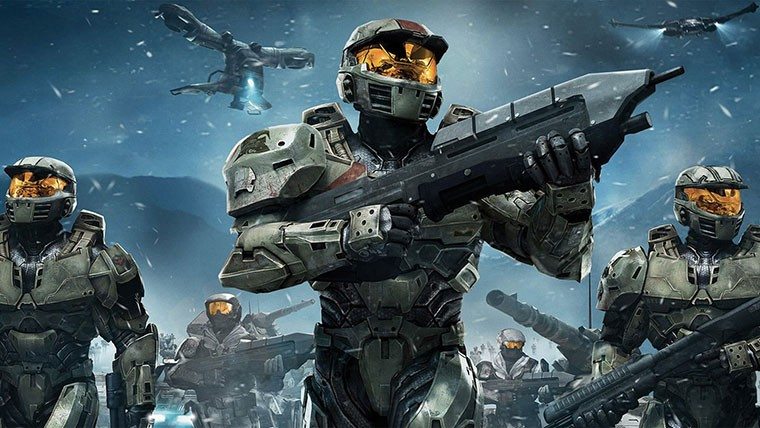 Microsoft has announced a release date for Halo Wars Definitive Edition for Xbox One and Windows 10 PC that will launch ahead of the release of Halo Wars 2 later next year.  Details are vague about what the remaster of the 2009 release will entail, but we do know that the game will go out to those that pre-order the digital $80 Halo Wars 2 “Ultimate Edition.” Codes will start going out on December 19th, explains a listing on the Xbox Store.

According to the listing, this “Definitive Edition is an enhanced version of the real-time strategy classic, Halo Wars, updated to run natively on Xbox One and Windows 10.”  The game is said to have “improved graphics, new achievements, and all of the original DLC.”

Pre-ordering Halo Wars 2: Ultimate Edition seems to be the only way to get the Halo Wars Remaster.  It looks like 343 Industries is taking a page from the Activision handbook for this release, using the tactic that Infinity Ward used recently with the release of Call of Duty: Infinite Warfare and the bundling of the Modern Warfare Remaster.  Perhaps this might not be the case, but Microsoft has not announced whether or not they would offer Halo Wars Definitive Edition as a standalone title.  This will be PC players first shot at playing the popular console RTS, however.

More information on the product page reveals that “the codes for Halo Wars: Definitive Edition will be delivered to your Xbox message center 7 – 10 days from pre-order, beginning December 20, 2016. Redeem your code on Xbox One, Xbox.com or the Xbox App on Windows 10.”

Alongside the Halo Wars Remastered release date, Microsoft also showed off some new footage for Halo Wars 2.  You can check out the brand new “Atriox Trailer” which showcases a new Covenant hero for Halo Wars 2.

Hopefully the enhancements are worth the extra price of admission for Halo Wars 2.  If you own the original Halo Wars on Xbox 360 either as a physical copy or the digital version, it’s currently playable via Xbox One backwards compatibility.  Halo Wars 2 is set to arrive on Xbox One and Windows 10 on February 21st, 2016.