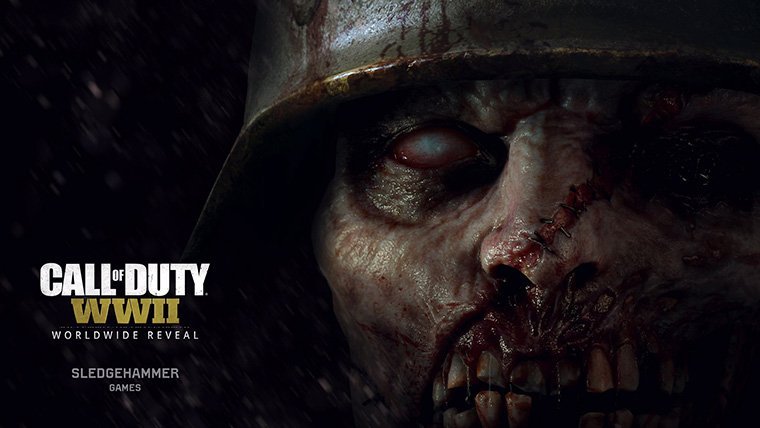 Today’s livestream for Call of Duty WW2 has revealed a first look at the game at a good idea of what the feature set is going to be.  More importantly, the cooperative mode that was hinted at in an earlier leak of information has turned out to be something Sledgehammer is calling “Nazi Zombies.”

During the stream we did not get a chance to see the mode in action, so it’s unclear if it’ll function similar to something like the round-based zombies modes that have been being released in recent years or if it’ll be something different.

Some story bits have been revealed though.  It seems that towards the end of the war, the Nazi’s desperate for a more powerful army turn to this experimental soldier… but that’s all we got.

Sledgehammer did, however, release a teaser image for Nazi Zombies, which can be seen above.