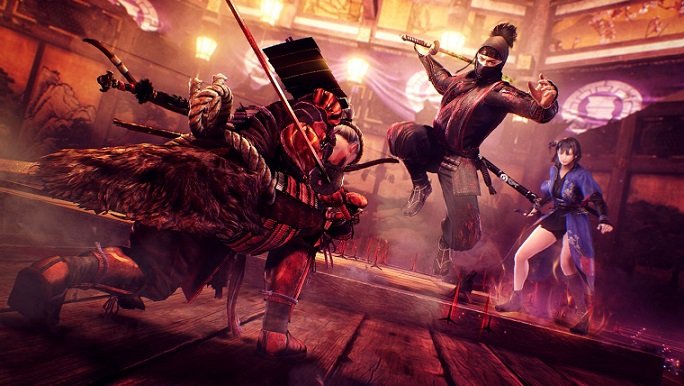 The PlayStation 4-exclusive Nioh has been one of the many fantastic games that have already released this year, bringing its own endearing spin on the Dark Souls formula that just about everyone has loved. For those of you out there who own the game, we’ve recently learned that it will be getting an update that adds more content to the game at no charge.

Koei Tecmo has revealed that the new free content update for the game will be adding 10 new missions to the game, which you’ll be able to accept at different points throughout the game’s campaign. One of the new missions has you taking on two disciples of Kensei and Kamiizumi Nobutsuna, Yagyu Munetoshi and Hozoin In’ei, while another features a large yokai boss and his smaller yokai minions. You’ll get something for your troubles, as well, as they revealed you’ll be rewarded with new titles and smithing texts.

Along with the free missions will be several bug fixes for the game, but patch notes detailing the improvements have not been released yet. We also don’t have an exact release date for when this update will go live, as it’s currently available in Japan but not in the West. It likely won’t be much longer until it does go live, though, as the game’s updates have been pretty consistent throughout each region so far.

Last month we learned that Nioh had surpassed the 1 million copies sold milestone globally, which the developer celebrated by giving fans free armor to download within the game. The armor is called the Golden Nioh Armor and looks pretty awesome, though it’s more useful for those who are earlier on in their playthrough.

Nioh is available exclusively for PlayStation 4. There’s a lot more content on the way for the game through free and paid updates, with the free PvP mode set to launch next month.