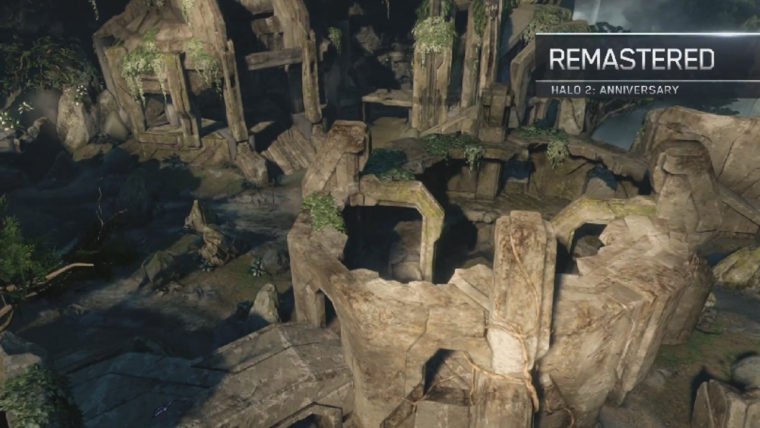 As we previously reported a new map announcement was coming from Gamescom. We now know that the new map will be Sanctuary, a classic Halo 2 map that will be remastered for Halo: The Master Chief Collection. This is the fourth remastered map announced for Halo 2: Anniversary. The final product will contain six classic maps remade in the new engine created for the next-gen compilation.

Halo: The Master Chief Collection combines all four main Halo titles into one package, along with Halo: Nightfall and admittance to the Halo 5: Guardians beta. All of the games have been upgraded to 1080p and 60 frames-per-second, but Halo 2 got the “Anniversary” treatment and is being rendered in an entirely new engine. Only six of the multiplayer maps will be upgraded though, so which ones will make the cut has been a hot topic.

We previously speculated on what maps would be included in the set, and so far have hit two out of two. Our speculative list was Ascension, Coagulation, Lockout, Zanzibar, Ivory Tower, and Sanctuary. So far Ascension, Coagulation, Zanzibar, and Sanctuary have all been confirmed. Lockout is almost a definite given how immensely popular that map is with Halo fans. The only one I am not 100% sure on would be Ivory Tower, which could be removed in favor of Midship, another fan-favorite map.

UPDATE: The Halo 5: Guardians Multiplayer Beta video revealed a Midship remake will be coming to that game. This makes me even more certain that Midship will not be remastered for Halo: The Master Chief Collection

At Gamescom attendees will be able to play through 4v4 multiplayer matches on Ascension and Sanctuary. We look forward to hearing some impressions of the remastered version’s gameplay and graphics as people get a better chance to play and check it out.

Halo: The Master Chief Collection will be released on November 11th exclusively on Xbox One. However, there have been rumors and possible storefront leaks of a PC version, which Microsoft has denied exists. As mentioned in the broadcast, this is the first time that all of the Master Chief focused Halo games have been available on a single console.