Splatoon’s Squid Sisters Rumored To Get Their Own amiibo 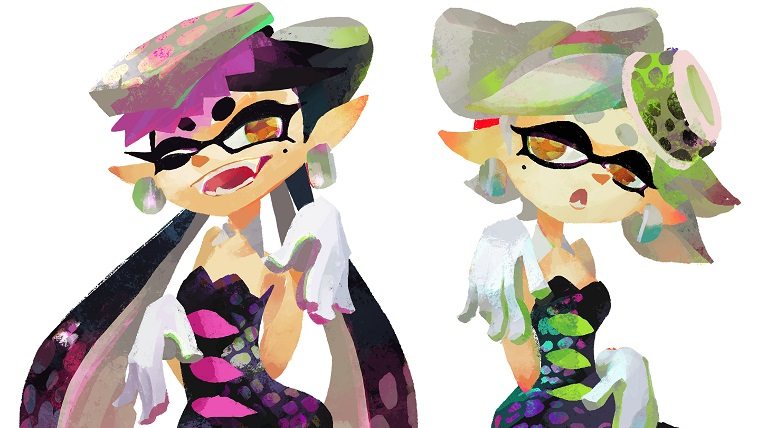 Nintendo’s ink shooter Splatoon continues to be a hit on the Wii U even though the free weapon and stage updates are no more, as the tournaments continue to get the community excited. While Inkling Boy, Inkling Girl and Inkling Squid already have their own amiibo, it looks like a couple of other characters from the game could be getting their own, as well.

The Squid Sisters recently appeared at a live Splatoon event in Japan, where they were asked about the potential of them getting their own amiibo. While the sisters decided to pass on the question, dataminers have found files for “AmiiboIdolA” and “AmiiboIdolB” within the game’s code. This certainly makes it seem like they’ll be getting amiibo support sometime very soon.

While it’s unknown just what these amiibo could unlock within the game, the previously released amiibo provide a series of challenges that grants you coins and bonus outfits upon completion. Scanning of the amiibo is done within the game’s hub, Inkopolis, where a giant amiibo package sits by a wall near the beginning where your first spawn.

Even though the content updates for Splatoon officially ended last month, the game’s producer recently revealed that a little more could be coming at some point down the line.