The latest news in the world of video games at Attack of the Fanboy
November 7th, 2017 by Dylan Siegler 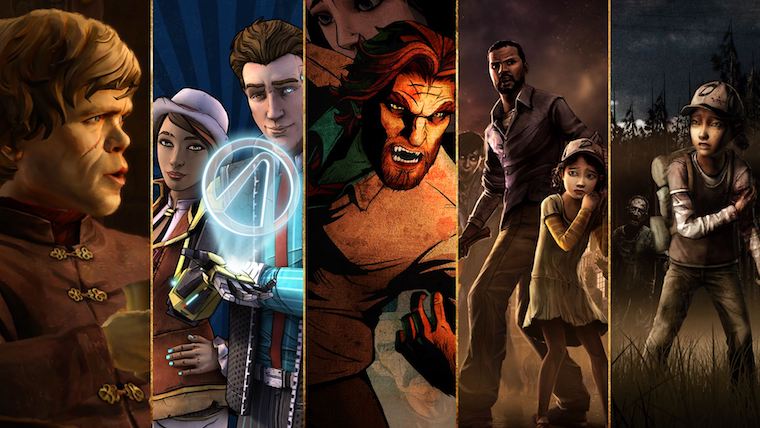 Telltale Games is the independent developer known for their episodic, narrative-driven, choice-based games, such as The Walking Dead, Tales from the Borderlands and Game of Thrones, among many others. Telltale has been working on a ton of games simultaneously this year, with The Walking Dead: A New Frontier releasing episodes over the first half of 2017, Guardians of the Galaxy‘s final episode coming out today (November 7) and Minecraft: Story Mode – Season 2 and Batman: The Enemy Within currently in the middle of their seasons, as well as writing and preparing for The Walking Dead: The Final Season and The Wolf Among Us: Season 2, which are both scheduled to come out next year. Needless to say, it’s been a busy time for the company, and it appears that this, in addition to a recent change in CEO, may have been too much for it to handle all at once.

According to Polygon, Telltale Games recently announced that they will be laying off 25% of their workforce, resulting in 90 employees losing their jobs. CEO Pete Hawley states, “Our industry has shifted in tremendous ways over the past few years. The realities of the environment we face moving forward demand we evolve, as well, reorienting our organization with a focus on delivering fewer, better games with a smaller team.”

One of the criticisms Telltale has faced in recent years is the decline in story-telling ability. Of course, this is just an opinion of a select number of fans, but it appears that the company may have taken it to heart under its new leadership. Several fans have taken to the hipster-like attitude that Telltale was better before they entered the mainstream, back when it was a very small company with only a few writers working on maybe a couple of games at a time. Many consider the first season of The Walking Dead, which came out throughout 2012, to be the pinnacle of the company’s greatness and think they’ve only gone downhill once they started hiring a lot more people and working on a lot more projects at once. It’s easy to see why this perceived lack of focus could cause some fans to think that having just two or three writers write an episode, such as in the case of The Walking Dead, led to better results than having up to seven writers write a single episode, as was the case for The Walking Dead: A New Frontier, while also simultaneously juggling several other projects. Again, this supposed decline in quality is just the opinion of some fans and is not backed up by any kind of statistics or anything. However, if Hawley agreed with these fans that a smaller workforce meant better games and a more focused work environment, it’s understandable why he would have made this decision. However, I doubt that this would be seen as a good reason to the 90 people left without a job as a result.

Telltale has also stated that this change is “not expected to impact the release of any of the company’s previously announced projects.”