The latest news in the world of video games at Attack of the Fanboy
October 18th, 2014 by Danny Vittore 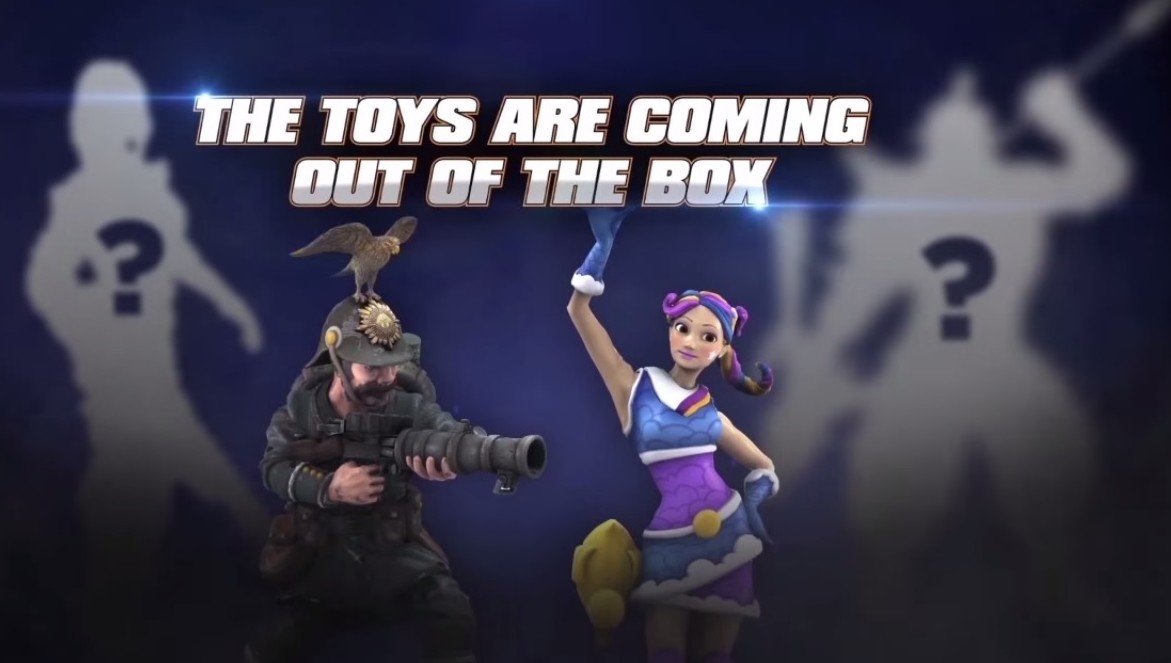 Ubisoft has been releasing weekly videos about Toy Soldiers War Chest and you can read our coverage of last week’s video about vehicles right here. Unfortunately, it seems the amount of information we are receiving with every trailer is diminishing and diminishing.

In this trailer, co-operative multiplayer has been confirmed with both split-screen and online possibilities. The wave system has been confirmed to be a generic tower defense wave system where you will have time to bolster you defenses in between waves (or make them come earlier, if you’re ready) with the only interesting thing being that wave units will be able to damage your toy box when they are making their way to it, in addition to entering it like any normal tower defense game

However, just as the video seemed like it was going to end in irrelevance, we are graced with the gems of character outlines for what look like the heroes for the two, yet to be announced, armies (which you can see in the screen-cap above).

The outlines are definitely not blatantly obvious (in terms of what they are), but it appears as if the left outline is of a female character and the right outline is of some sort of archer. Perhaps a reference to fantasy characters of the Lord of the Rings variety, with the potential female character being much more ambiguous, although for some reason, I can only think of Miranda Keyes from Halo. Regardless, we have more information now about Toy Soldiers War Chest then we did before.

What do you think will be the themes of the other two unannounced armies in Toy Soldiers War Chest? Let us know in the comments below!