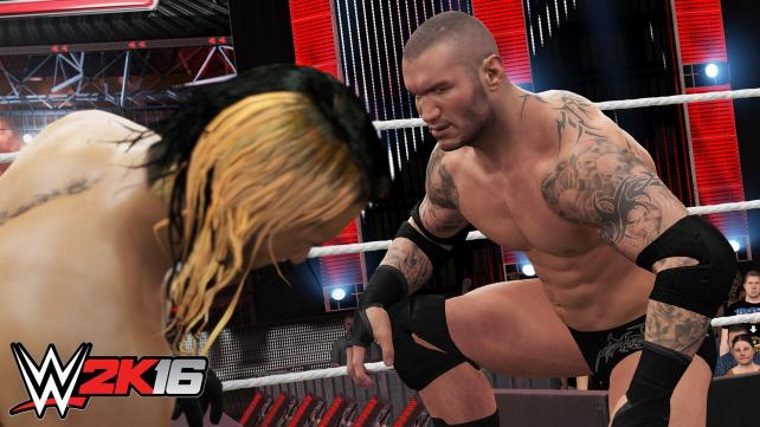 WWE 2K16 is finally heading to the PC on March 11th according to an announcement from WWE and the current WWE World Heavyweight Champion Seth Rollins. The announcement was made this morning, putting to rest the rumors that have spread for months now. The wait may have been long, but PC gamers are getting some special treatment for their patience, with all of the currently available DLC being offered for free as a part of this package.

WWE 2K16 PC edition will be almost identical to its console counterparts on PS4 and Xbox One in every other way though. Of course, there should be performance boosts and visual upgrades if you have a capable gaming machine. Otherwise it will contain the same great action and simulation style gameplay that fans have come to expect.

The free DLC is said to include “popular DLC Packs featuring new Superstars and moves, exclusive 2K Showcase modes and two playable versions of WWE Hall of Famer Arnold Schwarzenegger which reprise his iconic T-800 role from the feature films “The Terminator” and “Terminator 2: Judgment Day.””

Rollins spoke of the game, saying “I’m a bit of a WWE historian myself, and one of the things I’m most excited about is being able to play as the past, present and future – no pun intended – of WWE,” Rollins said. “Every year, the DLC in the WWE 2K games gives people some of that, whether it’s great legends and rivalries of the past, or the latest additions to the NXT roster.”

Apparently he is a big fan, though he did say that there was one thing he would change about it. “If you ask me, Seth Rollins should have been the cover star of WWE 2K15, 2K16 and, of course, be on the cover of all future WWE 2K games to come.” Guess we’ll have to wait to see what happens with WWE 2K17

Gamers who are interested in picking up WWE 2K16 PC edition can do so on Steam for $49.99.