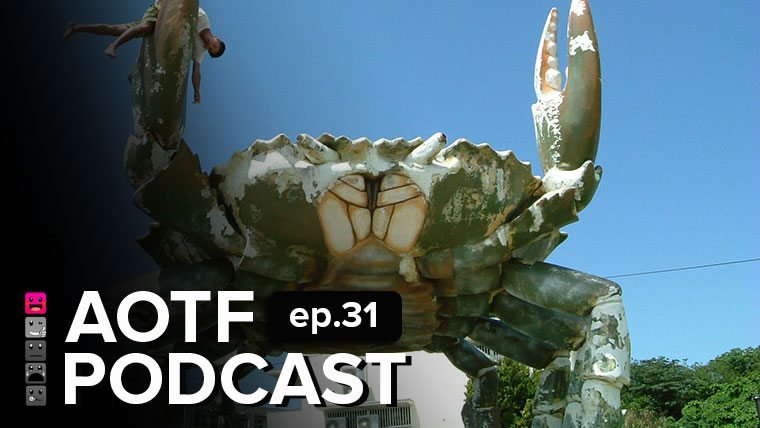 It wasn’t supposed to be this way. When the PS4 and Xbox One first launched a short two and a half years ago, we weren’t supposed to be talking about their possible successors already, but here we are. This week on AOTF Podcast #31, Will and I discuss all the rumors surrounding what some believe to be mid-generation upgrades, while others are going all the way and assuming that the PS5 and Xbox Two are right around the corner.

It has become clear that these consoles were not powerful enough when they launched, and gamers are suffering the consequences of that now with lower resolutions and framerate on many titles. Could E3 bring us the solution to this problem? Hopefully not. Well, that’s my overall frustrated response, as I feel like the whole point of a console is that you buy it, and forget about upgrades for a long, long time. If we’re looking at consoles that need to be upgraded every few years then many could jump ship to the PC, where you get a lot more bang for your buck if you’re willing to upgrade every few years.

Meanwhile, we at least know that Nintendo is ready to jumpstart the next generation with the Nintendo NX. However, we still have no idea what the NX is, although we do know what it is not. Nintendo president Tatsumi Kimishima has stated that the NX is not the successor to the Wii U or 3DS. What this means is anyone’s guess, as with the console launching in less than a year, we still don’t know what innovations it will be bringing to the table.

The big question over all of this discussion is, why would new consoles be the way to go. Sales have slumped when compared to last year, but overall the PS4 and Xbox One are selling quite well. The PS4 dominated the NPD charts once again, and the Xbox One had a lot of “global engagement“…whatever that is.

On the software side, Dark Souls 3 topped the charts, with a surprise seventh place entry for Quantum Break. Microsoft has proclaimed the game’s launch a success, so it was weird to see it so low. However, NPD only tracks retail sales, and with the free Windows 10 copy, many likely bought the game digitally.

Getting away from sales, there were some fresh rumors of an impending Resident Evil 7 announcement. Normally this would not get me excited, since I love the series but hate what it has become, but with the stipulation that this would be a “fresh start” for the series, and could take it back to its survival horror roots, I am back on the hype train.

Finally, the Call of Duty vs Battlefield feud has continued to heat up, with more free DLC hitting BF4, and Black Ops finally becoming available via Xbox One Backwards Compatibility. Could EA finally topple the juggernaut that is CoD with its two punch combo of Titanfall 2 and Battlefield 1? I’m not sure, but Will thinks not.

Give us a listen to hear about all of this and more on AOTF Podcast #31.

Attack of the Fanboy / Podcast / New Consoles Everywhere, Resident Evil 7, and the CoD vs Battlefield Feud Heats Up: AOTF Podcast #31