Make mincemeat of your enemies with these extremely powerful abilities. 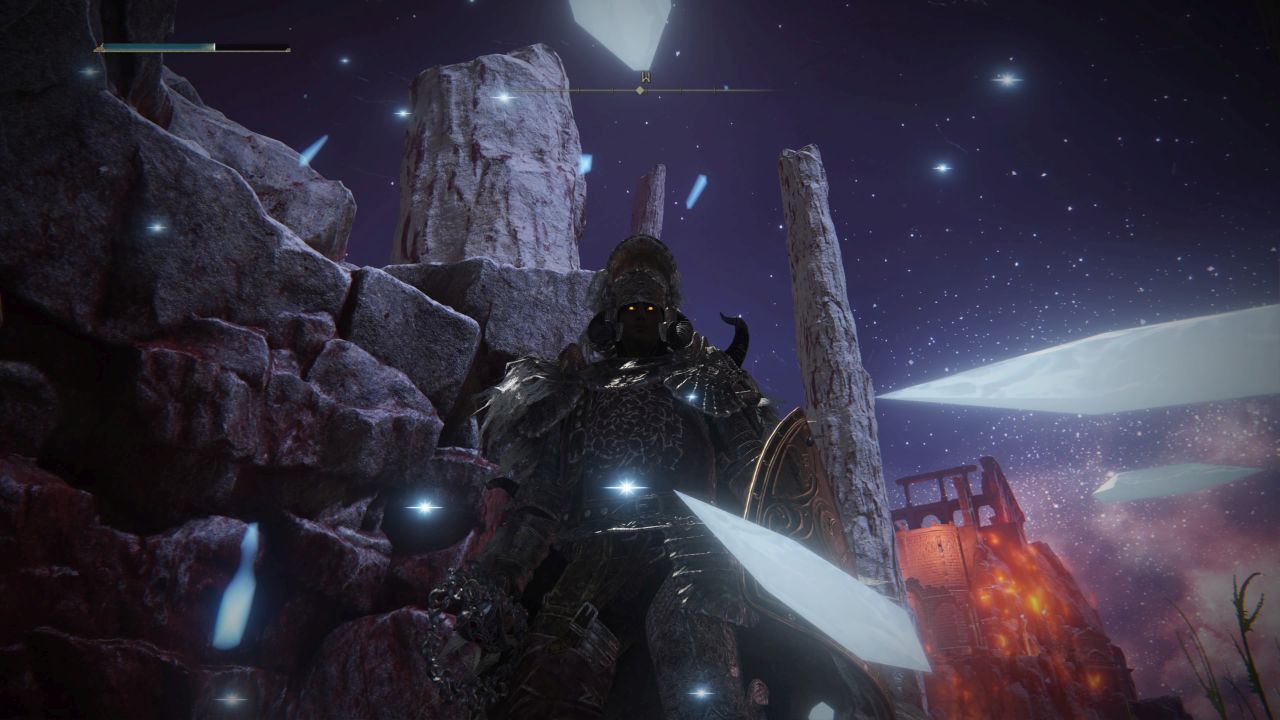 It’s no surprise that there is a load of weapons, combinations, and offensive synergies that can easily break the meta of Elden Ring. People are quickly finding all types of exploits and ways to make the game easier. Since this is the first FromSoftware game for a bunch of people, they have been through hell and back trying to top some of the most fearsome bosses in the Lands Between. Luckily, and for those who want to have an easier time with the game, here are the best Ashes of War you can equip with your weapons in Elden Ring. 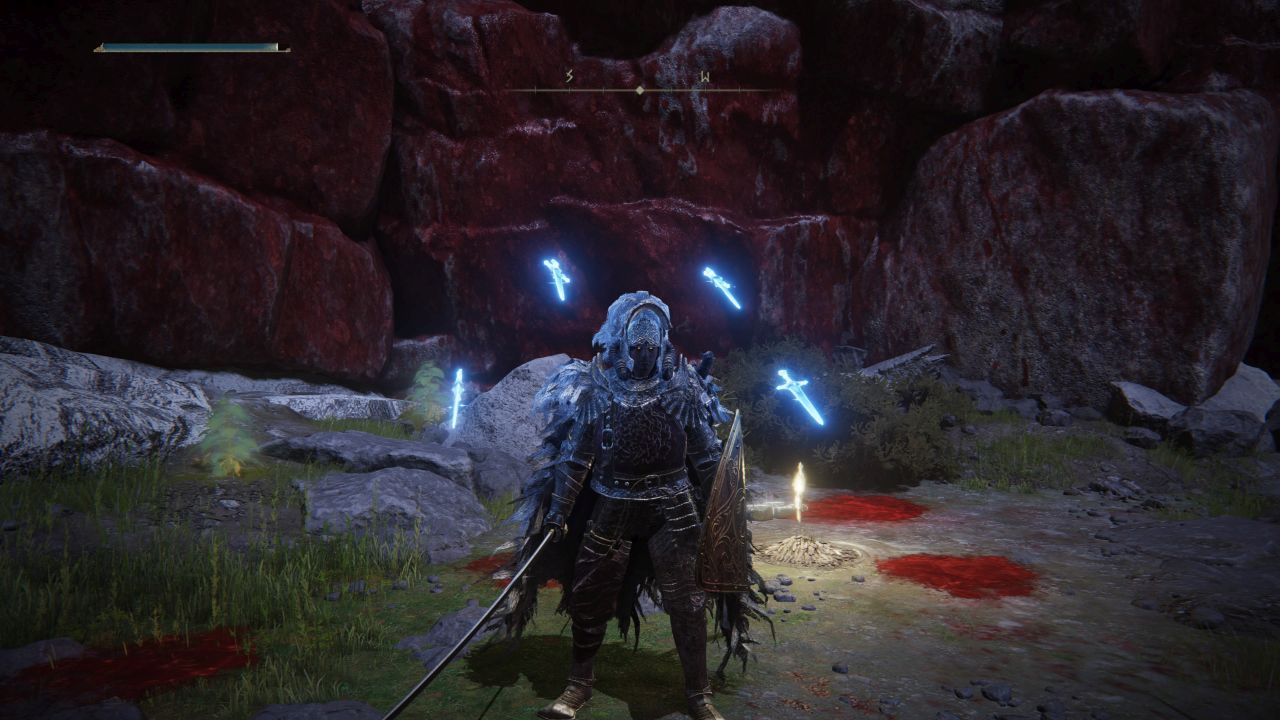 This one is for all the Devil May Cry fans out there. Glintblade Phalanx is basically Vergil’s Summoned Swords as an Elden Ring ability. It’s quite useful for defensive play. You summon four energy swords that home in on enemies and deal decent damage. There is a bit of a startup that takes the same amount of time to drink a Flask, so be wary of that.

This Ash of War can be obtained after defeating Godrick. Just meet Rogier at the Roundtable Hold and he’ll give you his rapier that will have the ability. 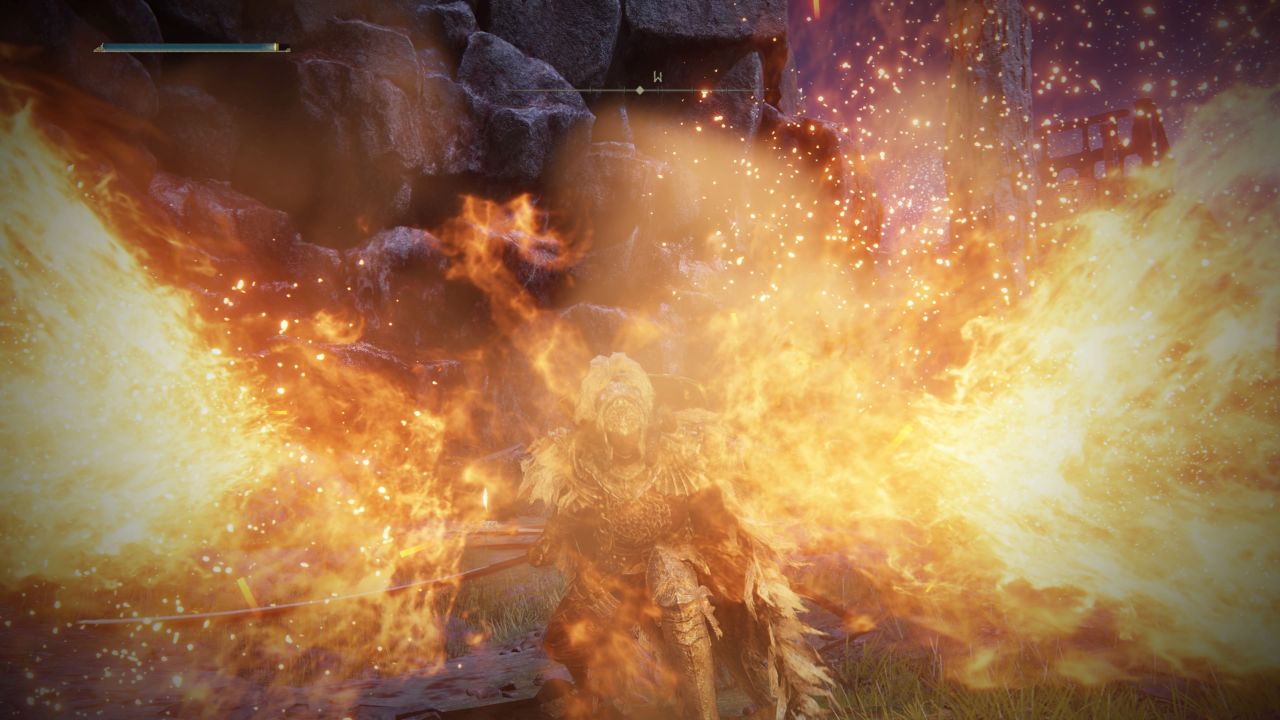 This is a rather standard type of Ash. Your character sends out a wave of fire and can follow up with a heavy attack for heavy damage. The follow-up coats your weapon in flame, giving it a temporary damage buff until the flame goes away. Applying this will remove some Physical attack power, but give your weapon innate fire damage.

This Ash of War can be obtained by defeating the Teardrop Scarab behind Redmane Castle. 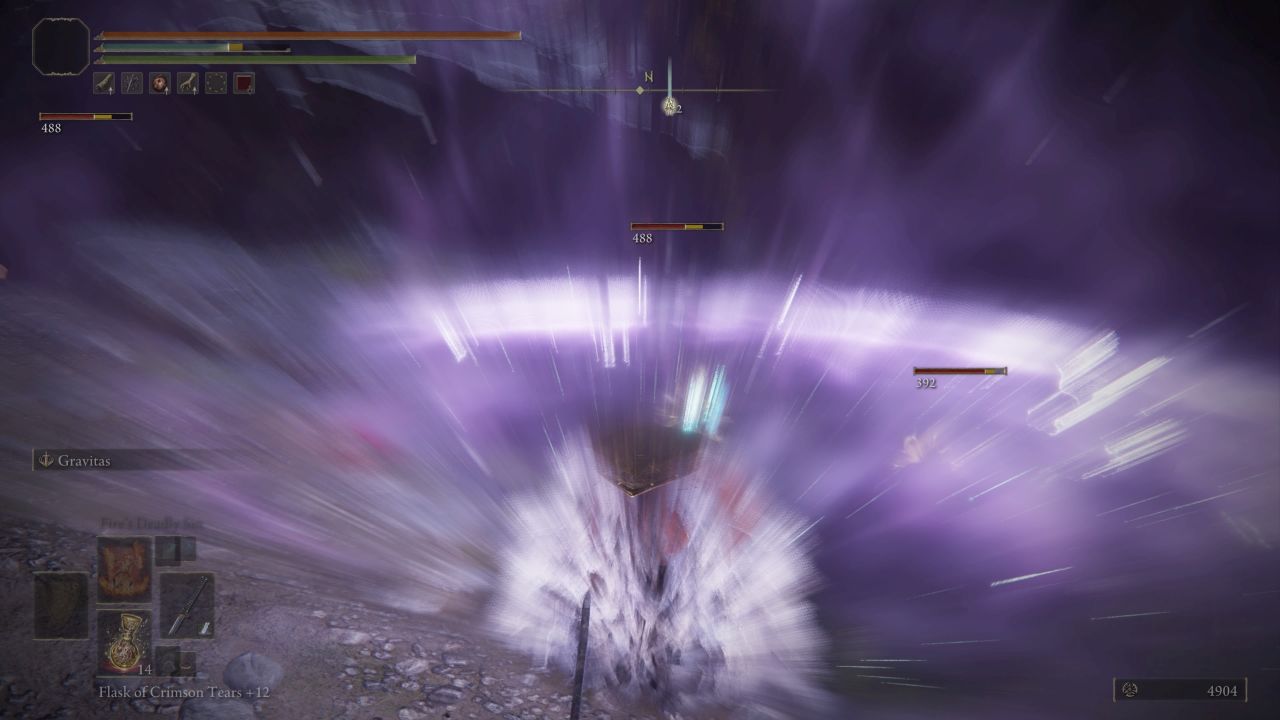 Strike your weapon to the ground and create a rather large AoE bubble that sucks enemies in. It deals decent damage. This move is similar to the Starscourge Greatsword’s ability, “Starcaller Cry”. It’s a good mobbing ability and can synergize well with killing smaller fries.

This Ash of War can be obtained from the Slender Wayfarer by the Seaside Ruins Site of Grace in Limgrave. 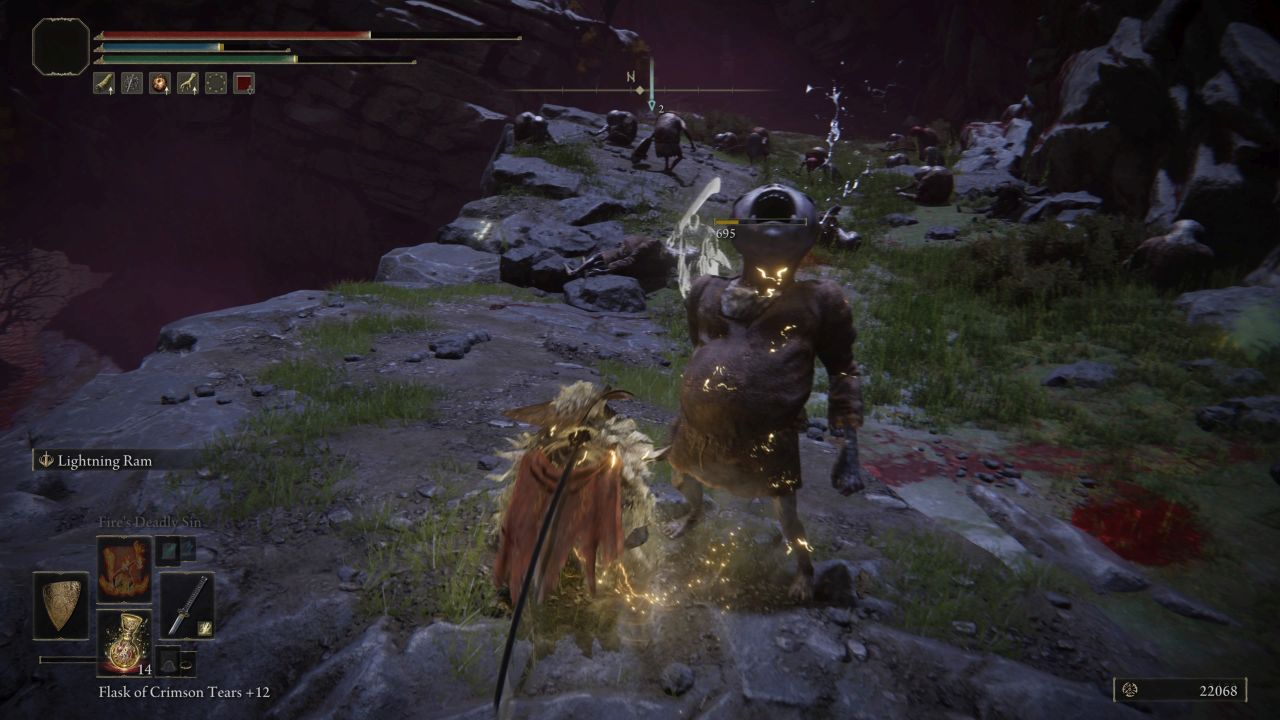 Hilariously let out a goat cry and start tumbling forward like the goats do when you startle them. Instead, your tumbling will be imbued with lightning damage, providing rather good DPS. It’s good for steamrolling through enemies, but it will eat up stamina and FP when overused.

This Ash of War is obtained from defeating the Teardrop Scarab next to the Sainted Hero’s Grave. Blood Loss is already an extremely powerful status effect in Elden Ring. Blood Blade essentially allows you to shoot out lobbed projectiles that accumulate that status onto enemies. Projectiles, let alone, abilities that use up FP are extremely powerful. You’re essentially shooting high-damaging projectiles that can proc Blood Loss, trivializing boss fights, and even skipping the need to telegraph attacks.

This Ash of War is obtained by defeating the Teardrop Scarab east of the Erdtree-Gazing Hill Site of Grace in the Altus Plateau. 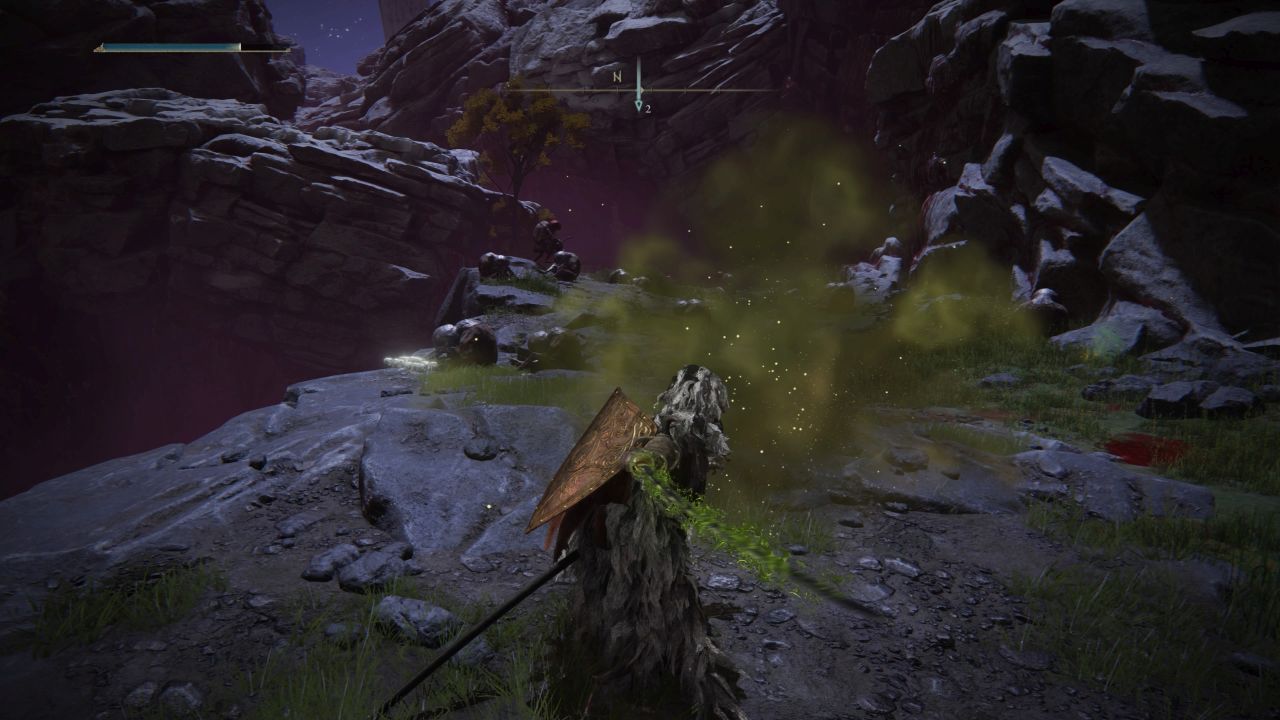 This Ash of War is basically Flaming Strike, but with Poison. You essentially let out a plume of Poison that quickly accumulates the status proc onto enemies. The DoT is almost applied instantly, allowing you to play more defensively while a target loses their HP. After performing this ability, your weapon is imbued with Poison, allowing you to keep the status going on your target if you hit them with additional attacks.

This Ash of War is obtained at the Aeonia Swamp in Caelid. 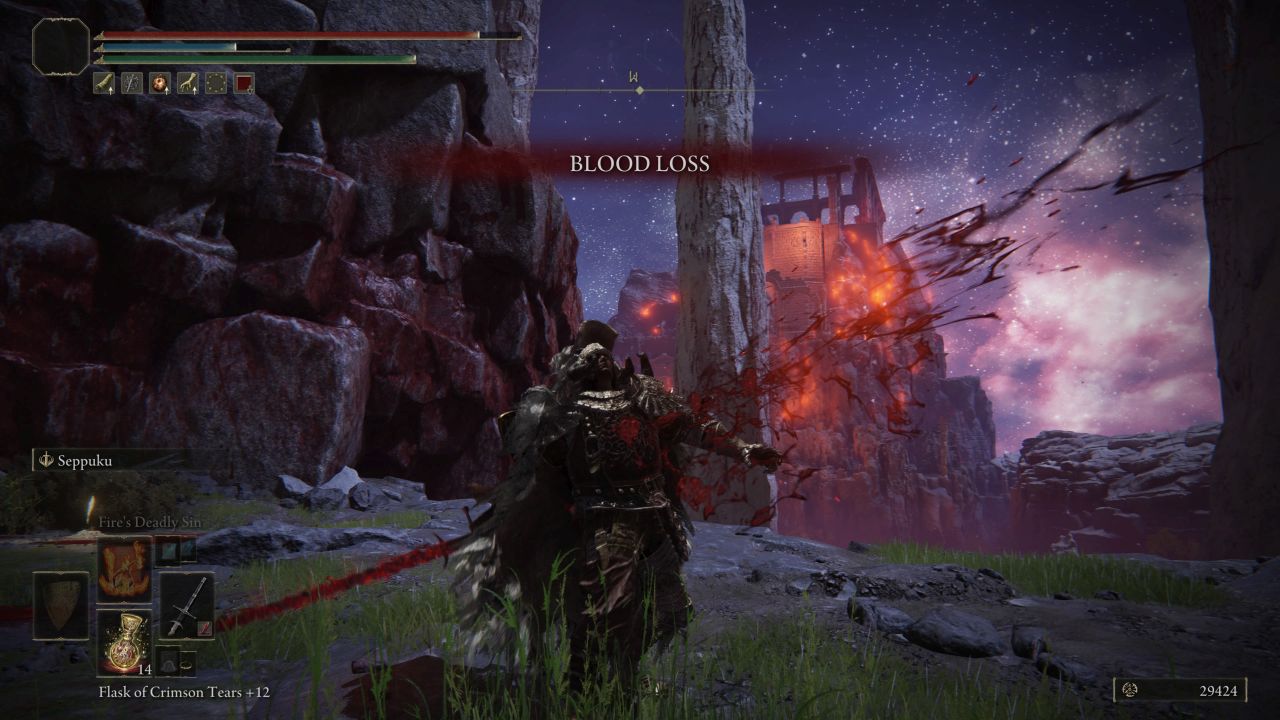 For all the glass cannon builds out there, this one almost feels outright broken. Seppuku has you stab yourself to gain a temporary buff to damage and blood loss. Since Blood Loss is already perhaps the strongest status ailment in Elden Ring, a bit of sacrificed health for massive damage is huge.

This Ash of War can be obtained by defeating the invisible enemy roaming by the Freezing Lake Site of Grace at the Mountaintops of the Giants. 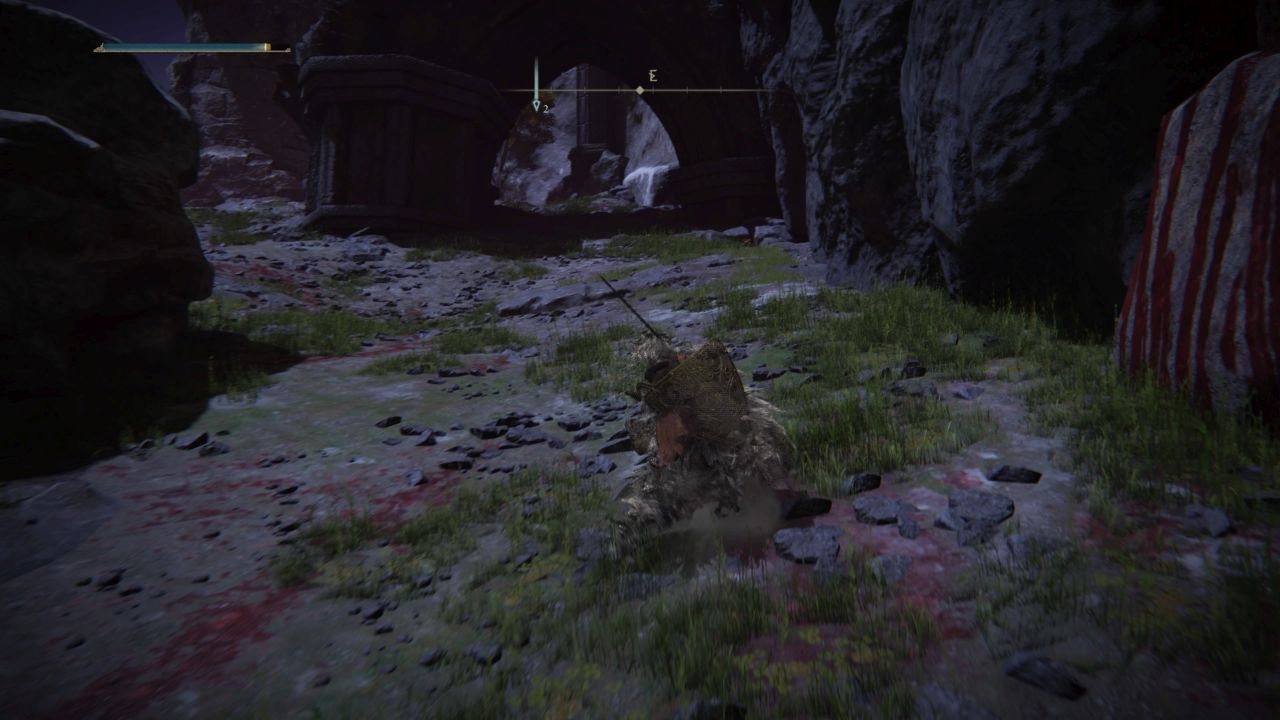 Dodging is a key skill to use in all FromSoftware games. It gives you some bit of invincibility when dodging enemy attacks. There are times when our timing sucks or we just couldn’t get away from an attack fast enough and die. Well, the Bloodhound’s Step is the ultimate dodging move that renders you invincible a lot better than a typical dodge roll. It’s not an offensive ability, but has extremely useful utility when it comes to avoiding damage.

This skill is obtained by defeating the Night’s Cavalry in Caelid patrolling Lenne’s Rise. 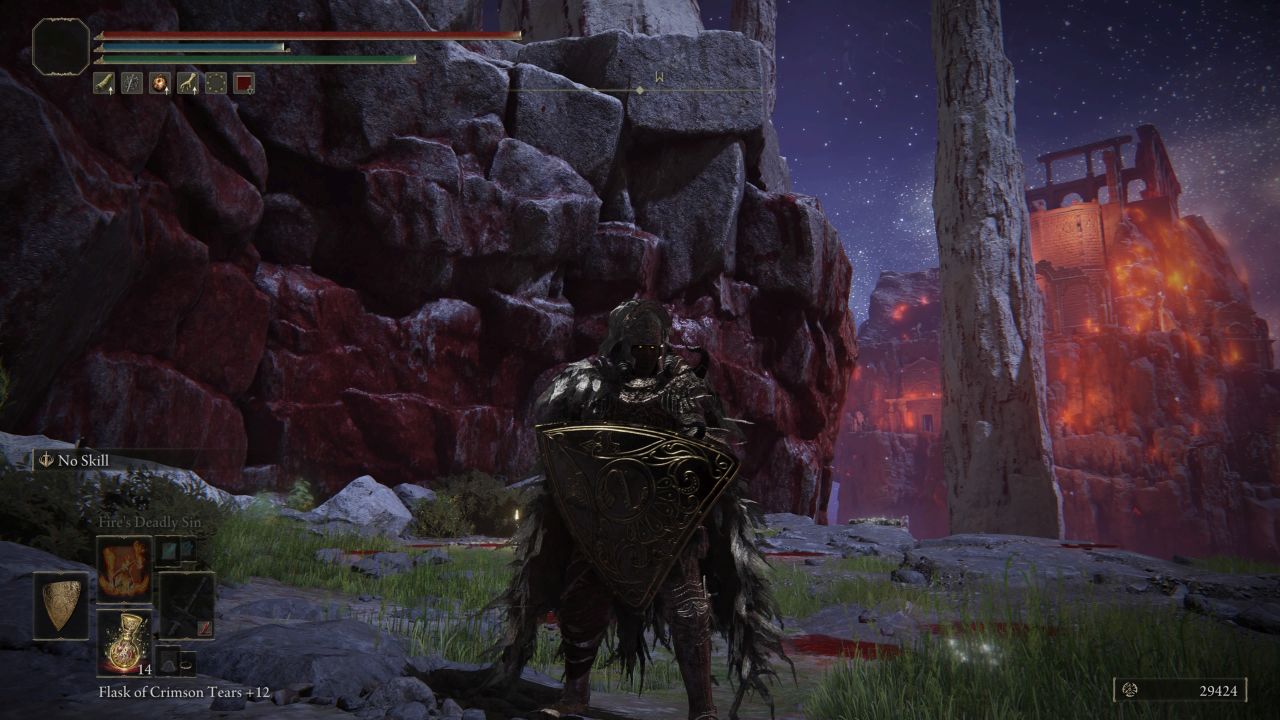 This exclusive shield and torch skill is another utility-based Ash of War. A left-hand armament that doesn’t have a Skill will allow the player to use the Ash of War/Ability that’s on their right-hand armament. This means you can block attacks and negate damage while still using devastating abilities to turn the tide in battle.

Most standard shields will have No Skill, but the Ash of War to apply it onto others can be bought from Knight Bernahlh at the Warmaster’s Shack or from the Twin Maiden Husks if you give them Bernahl’s Bell Bearing. This ability is outright broken. Hoarfrost Stomp deletes waves of enemies, has good stunning potential and deals great damage against large bosses. The cherry on top is that this Ash of War is very cheap to cast, making it extremely spammable. If you want to cheese any enemy in the game that doesn’t fly. Put this on your weapon. Then, duplicate yourself with a Mimic Tear and just see every enemy become cannon fodder.

This Ash of War is obtained by defeating the invisible Teardrop Scarab to the east of Caria Manor.

While there are many other Ashes of War in Elden Ring that can be considered the best, these are also the most versatile for a general player. This list does not take account for any unique ones that are tied to only one weapon from a Remembrance or as a one-time drop.