Elden Ring: How to Get Inside Redmane Castle

One fighter against a garrison. You’ve successfully braved the horrors of Caelid until you gaze upon the fortress on the southeast reaches of the continent, but are perhaps left wondering what to do next in Elden Ring.  This next dungeon, Redmane Castle, is a different experience than the others before it, a remote stronghold under siege and threatened by the scavenger beasts and, eventually, you.  Upon approaching this Castle you’ll be bombarded by trebuchets and might find this to be a particular challenge, where you must brave soldiers, beasts, and weapons of war.  But there’s a reasonable method to penetrate its defenses, and you’ll need your steed, Torrent.  Read on for our guide on How to Get Inside Redmane Castle in Elden Ring!

Elden Ring: How to Get Inside Redmane Castle 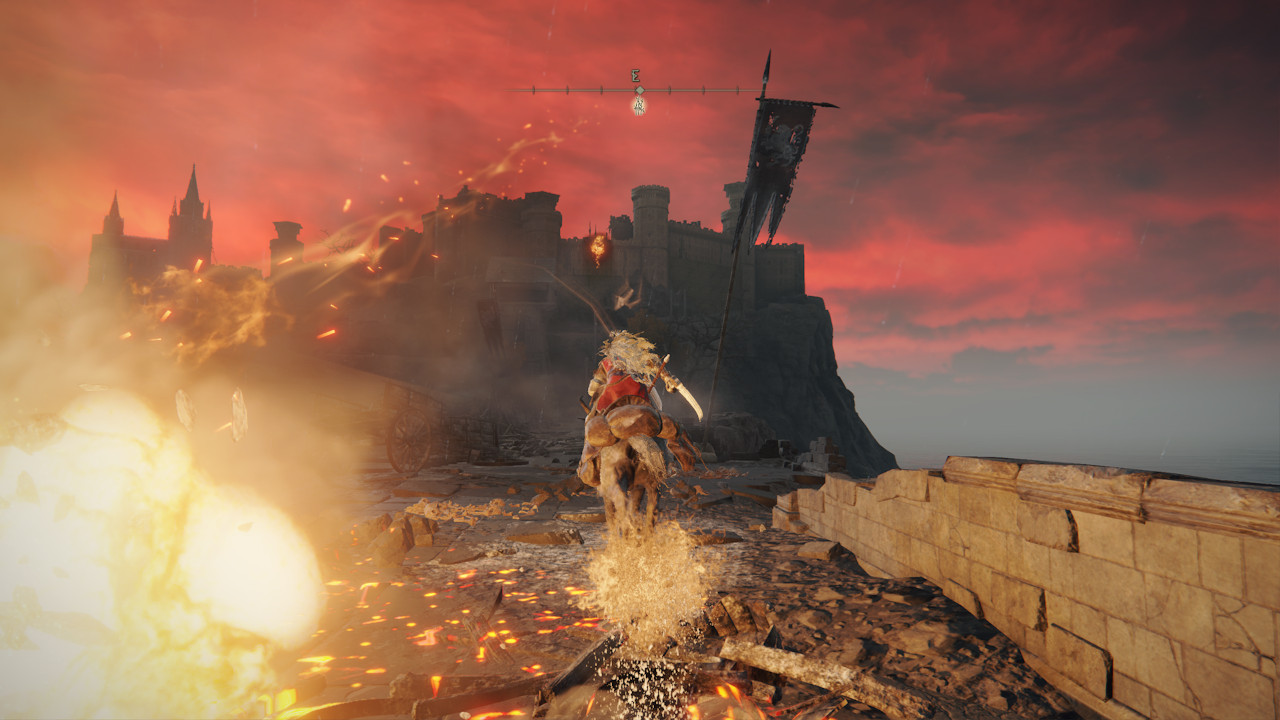 While this infiltration will take several steps, you must first begin by mounting up on Torrent and racing across the initial bridge, dashing left or right along the way to dodge projectiles.  Once you’re across, you can take a breath, and run for cover to the left.  Prepare for some deadly encounters, and a little bit of stealth mixed in. 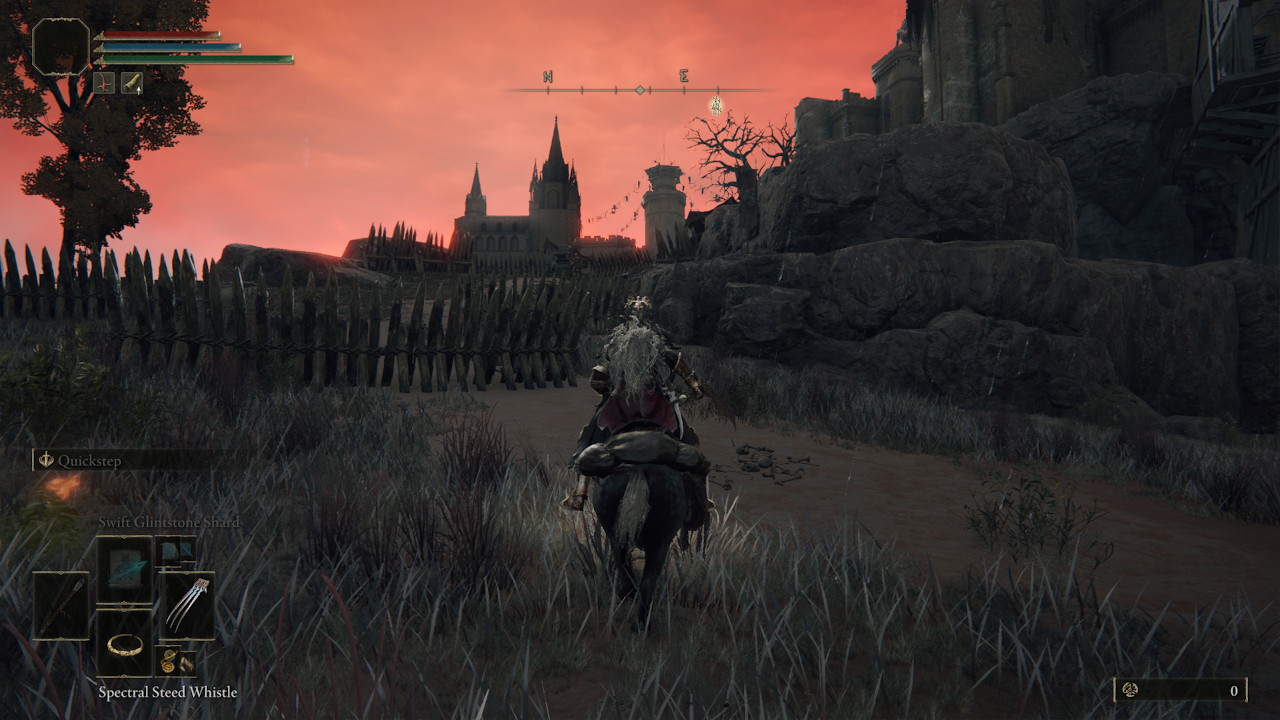 On the left, after you cross the bridge, dismount and run for cover, as the enemy has a ballista that shoots fire bolts, but you can easily get behind this group, cut them down, and approach the gate.  Don’t get too close, because, on the top of these Castle walls, there’s a troll waiting to jump down and ambush you. 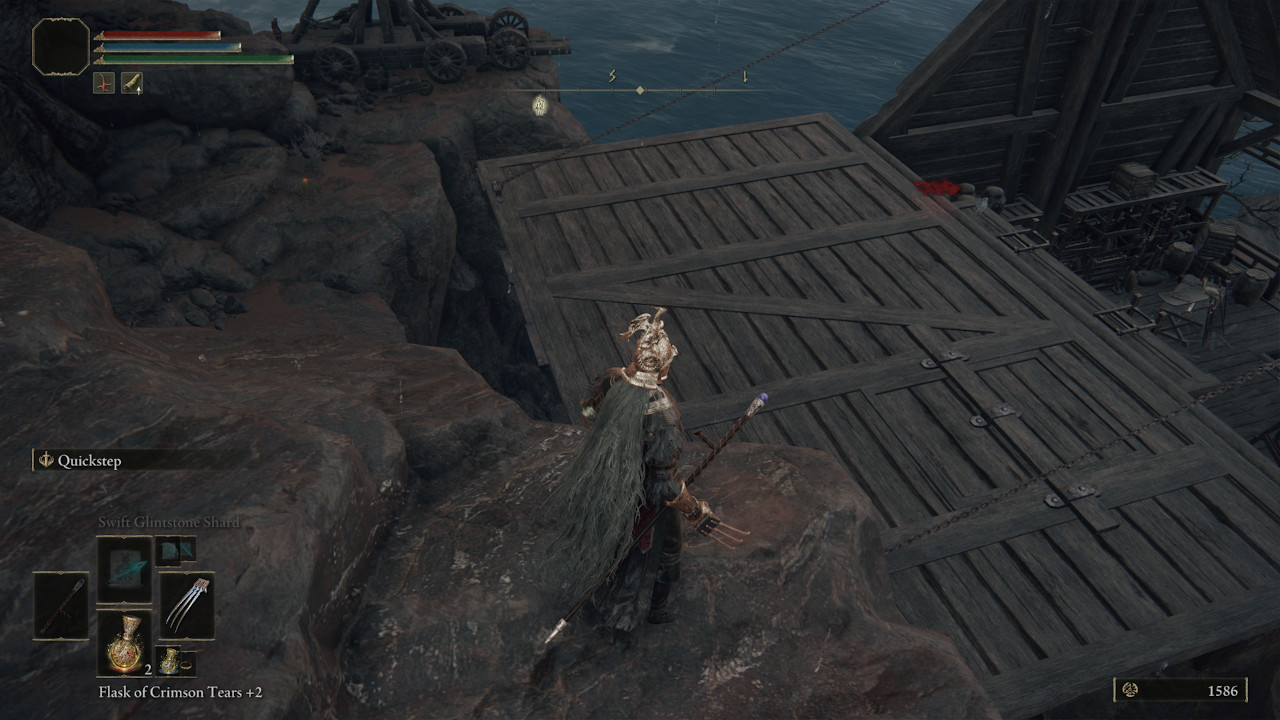 Ignore this troll, and run past it to the right of the closed portcullis, along the rocky walls until you reach a drop-down onto an open siege tower.  Jump in, seize the goodies, and out onto another rocky path around the side, slaying flying enemies on your way until you jump across to a cemetery. 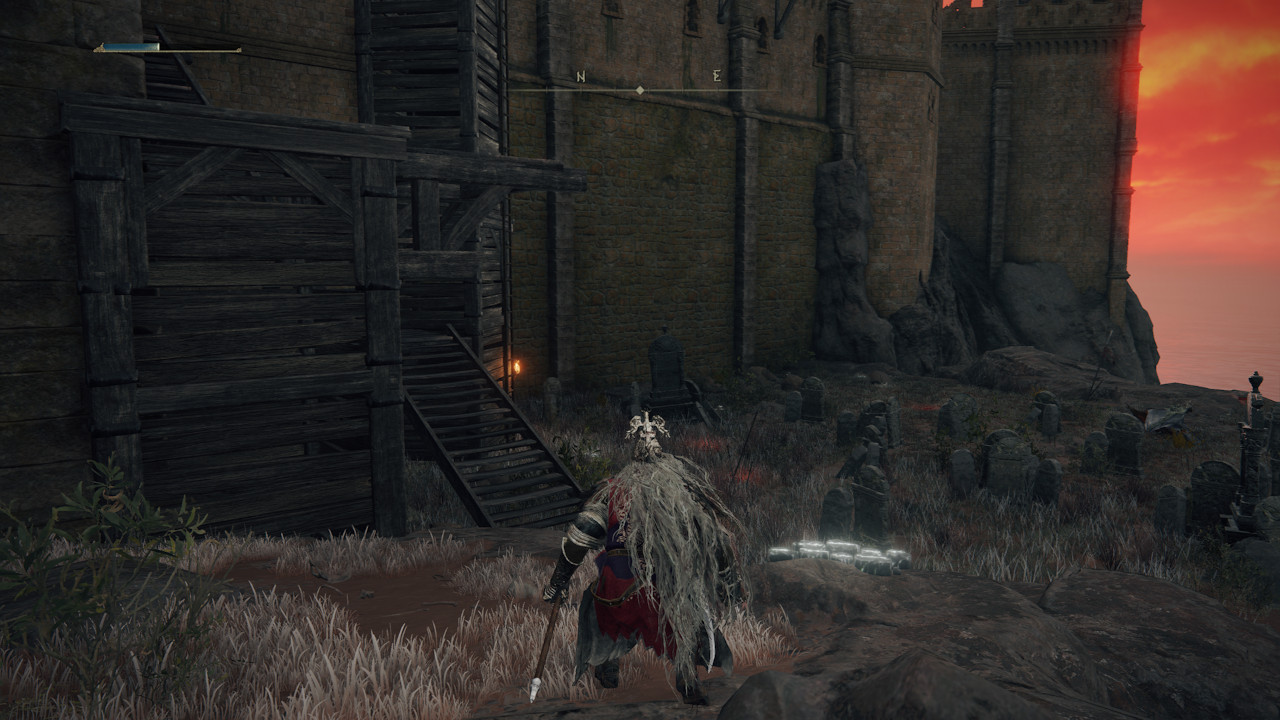 This cemetery has a few deadly flying enemies, but opt to sneak instead, taking the ladder.  At the top, take advantage of the unaware Redmane guard and kill him and his comrade to the right, then go past where the second enemy was to a broken piece of wall and drop down to the stairs below.  Watch out for a guard dog enemy below, it’s quick but goes down after a few hits.  You’re now past the outer walls and on your way to the heart of the Castle.  Turn around and go up the stairs into a room with lots of enemies, clear them out, and open the door for a shortcut from the cemetery area if you need it.  You’ve technically got access at this point, but if you want a site of grace, read further on.

Step 4: Through the Final Line of Defenses 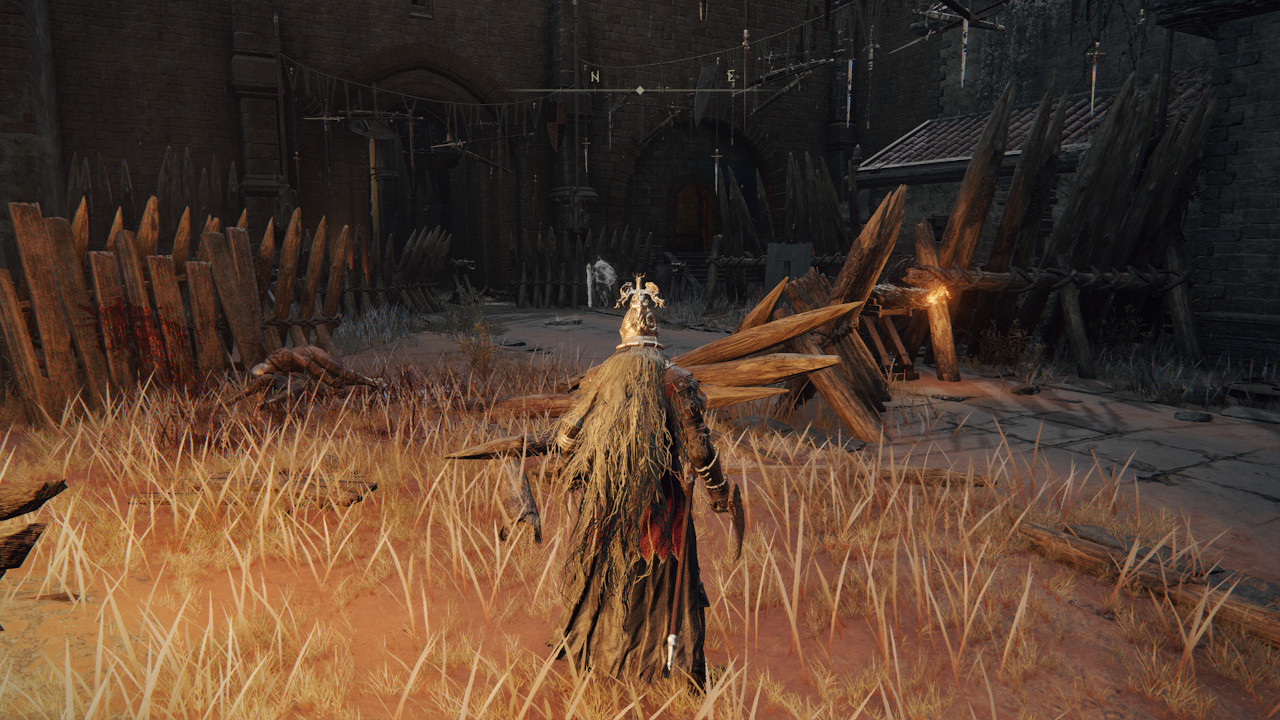 You’re approaching the ground level and the heart of the Castle at this point.  There are lots of foes but you’ve managed to sidestep loads of them if you’ve been careful.  Take a left from where you dropped, into a doorway that leads to some stairs, fighting the enemy here.  Step through the other exit across the room, and ignore the beasts ahead, jumping over to the right instead, and dash to the barricades.  This is your final stretch.

Step 5: Break Through to the Site of Grace 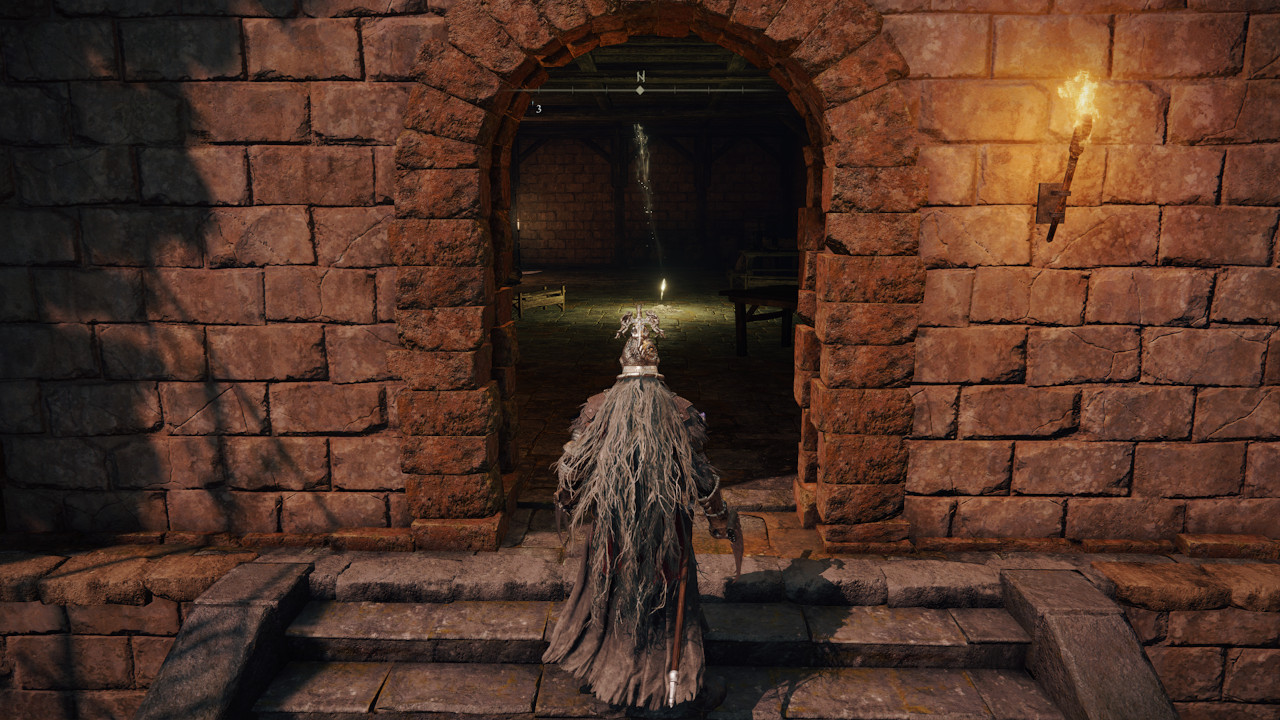 Ahead are enemies manning stationary flamethrowers.  They have low range and only sustain fire for a few seconds, after which you can run through to kill their operators or shoot them from a distance.  Past these is a doorway to the site of grace and near that is the boss.  With this, you’ve secured a foothold in the castle, will be able to return at any point, and farm the enemies inside for loot while you prepare to face the deadly pair of bosses within, the Misbegotten Warrior and Crucible Knight.

This concludes our guide on How to Get Inside Redmane Castle in Elden Ring!  Be sure to check out our other guides, including how to map out Caelid and Dragonbarrow, among other activities.  Elden Ring is out now on PC, PlayStation 4 and 5, Xbox One, and Series X|S.

Attack of the Fanboy / GAME GUIDES / Elden Ring: How to Get Inside Redmane Castle