These skins are the rarest skins Fortnite has to offer. Over the course of several seasons, numerous changes and tweaks, and a full-blown reboot with Chapter 2, Fortnite has seen its fair share of skins come and go. Some Fortnite skins are fairly easy to come by, but others are so rare you might only ever see them once or twice in all your time with Fortnite Battle Royale. Only so many skins can be in the shop, so naturally, some rare skins never see the light of day after their initial debut, making them incredibly rare. Some exclusive skins weren’t even available for purchase via conventional means, instead only being given to those who bought physical products or console bundles.

These following skins are some of the rarest skins in Fortnite. The Skull Trooper skin is probably the first skin that comes to mind for a lot of people when they think of rare Fortnite skins. This elusive skin first appeared in Fortnite’s item shop in October 2017, just when Fortnite was beginning its meteoric rise to the top of the battle royale scene.

It has reappeared in the item shop a few times since then, so it isn’t as rare as some of the other skins on this list, but it’s still pretty hard to come by considering you can only get it at certain times of the year. Even rarer is the purple variant, which is only available to those who bought Skull Trooper when it first released. 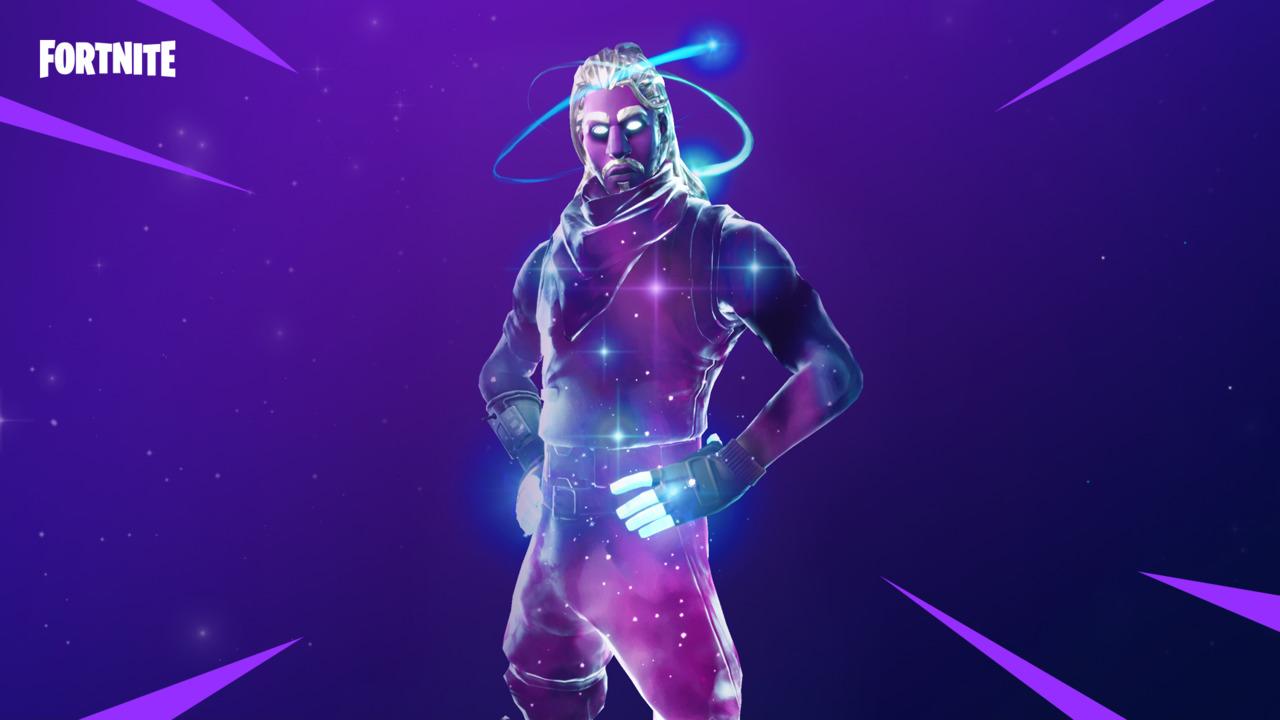 The Galaxy skin is one of the more well-known Fortnite skins. Before Fortnite officially released on mobile devices, the Android beta was available early exclusively on Samsung phones. Anyone who went the extra step and purchased a Samsung Galaxy Tab S4 or Samsung Note 9 got the Galaxy skin.

On top of originally only being available on a select few expensive mobile devices, the Galaxy skin isn’t even offered to Samsung users anymore (it was replaced by the Glow skin), truly making it one of Fortnite’s rarest skins. Just like The Reaper, the Black Knight skin was only available to the earliest Fortnite players. The Black Knight was rewarded to those who maxed out the Season 2 Battle Pass, which was actually capped at Tier 70, unlike recent Battle Passes.

The Season 2 Battle Pass was actually the first Battle Pass in Fortnite history, making the Black Knight the first-ever max tier Battle Pass skin. Season 2 of Fortnite didn’t see as many players as the game has today, so hardly anyone playing the game today has this skin unless they were there from the beginning. 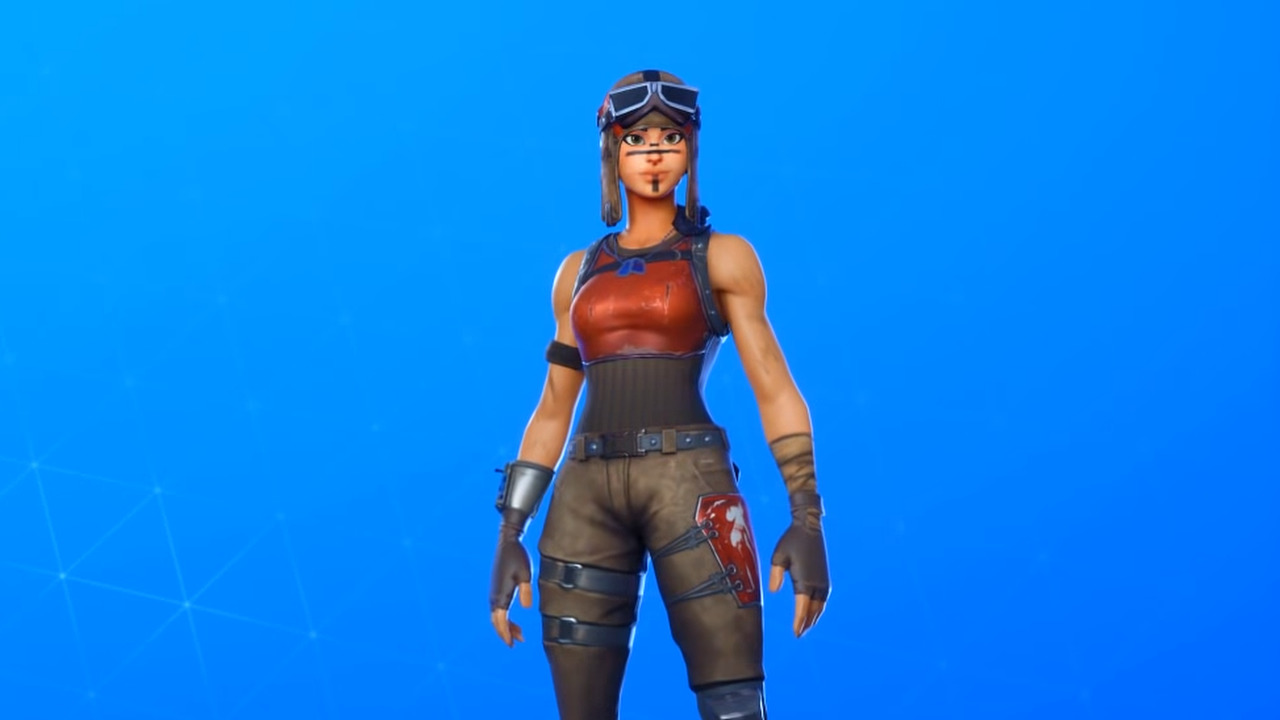 Going back even further in the Fortnite timeline, Renegade Raider is a rare skin that was only available during Season 1, the earliest days of Fortnite Battle Royale. This skin is so old it predates the Battle Pass.

There weren’t a lot of players during the first season, so not many people had the opportunity to earn this skin. To obtain it, you would have had to reach Level 20 during Season 1 and then buy the Renegade Raider skin for 1,200 V-Bucks. If you see someone with this skin, they’ve been with Fortnite since the very beginning. 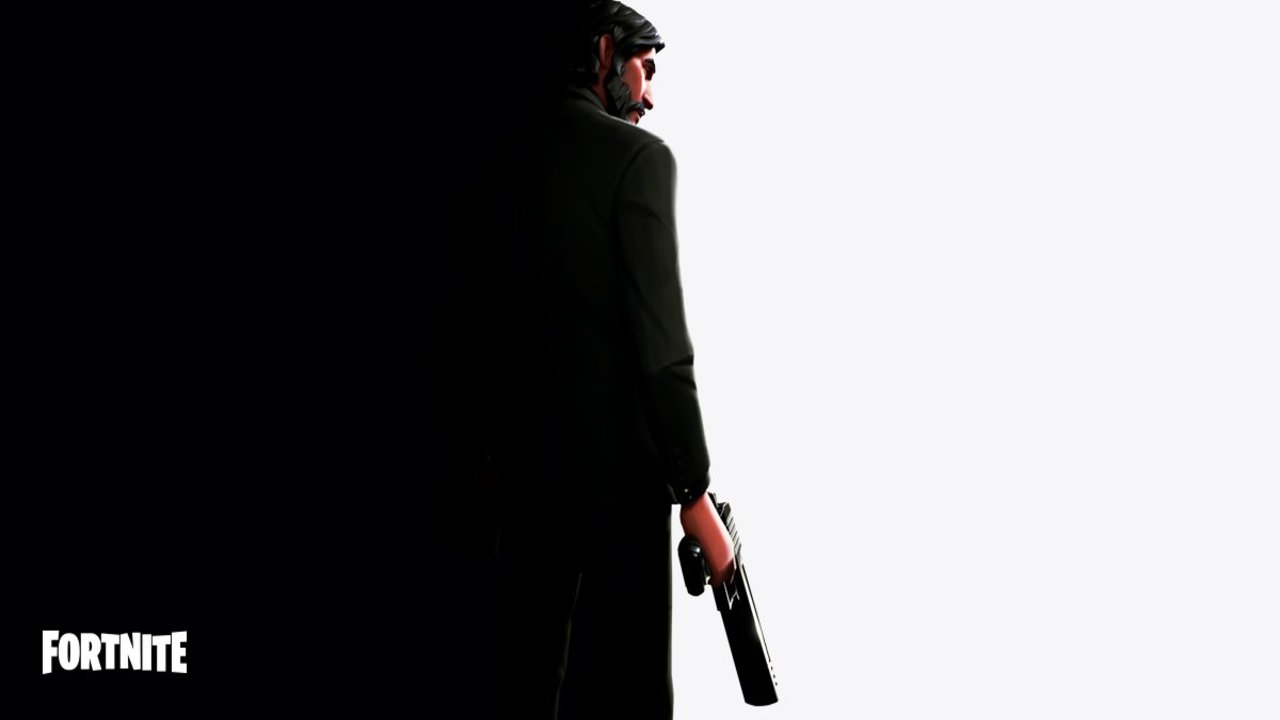 The John Wick skin before the John Wick skin, The Reaper was the ultimate status symbol in the early days of Fortnite. It was included in the Season 3 Battle Pass, only awarded to those who reached Tier 100. Maxing out the Battle Pass is no easy task, and considering this skin was only available during Season 3, not many people had the opportunity to obtain it because Fortnite wasn’t the gigantic global phenomenon it is today.

The Reaper has never been made available outside of the Season 3 Battle Pass, so you can’t get it anymore. At least there’s always the actual John Wick skin based on the movie. 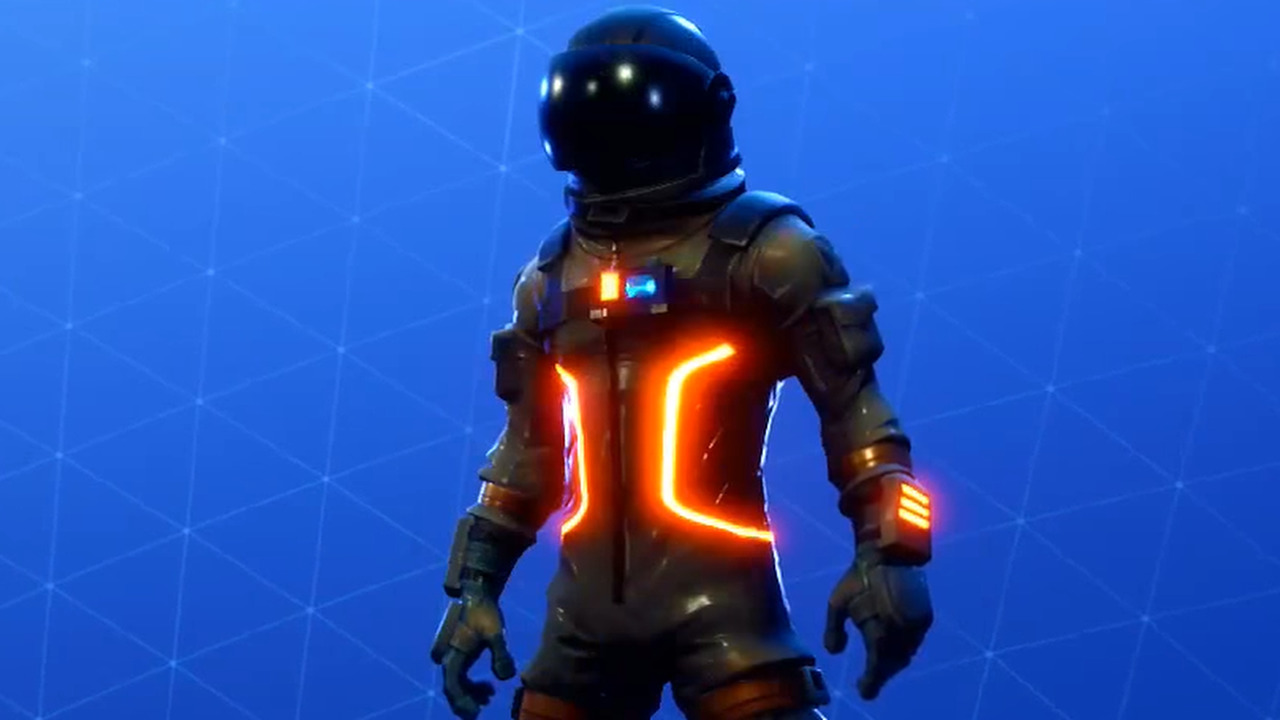 Dark Voyager was a very common skin when Fortnite was just starting to become popular. Unlocked by reaching Tier 70 of the Season 3 Battle Pass, almost every dedicated Fortnite player back then earned this skin.

Now, two years later, not many people are still rocking their Season 3 skins. That means you won’t see Dark Voyager on the Battle Bus very often anymore, making it one of the game’s rarest skins by default. As Fortnite gets more and more players, this skin will only get rarer, too. While the Level requirement isn’t as high, fewer people bought the Aerial Assault Trooper because of how unassuming and boring it looks. Of the Season 1 skins, Renegade Raider has the most unique look, so most people elected to spend their V-Bucks on that instead of Aerial Assault Trooper, making this skin one of Fortnite’s rarest. The Double Helix skin was only available as part of a Nintendo Switch bundle in late 2018, making it one of Fortnite’s rarest skins and also one of the game’s most expensive skins. You had to buy an entire console just to get your hands on this skin.

Even if you wanted to go out and get Double Helix right now, you wouldn’t be able to. The Double Helix Nintendo Switch bundle has been sold out at every retailer for a long time now, so the only way to get this skin is to buy one from a third party seller at a super high price. 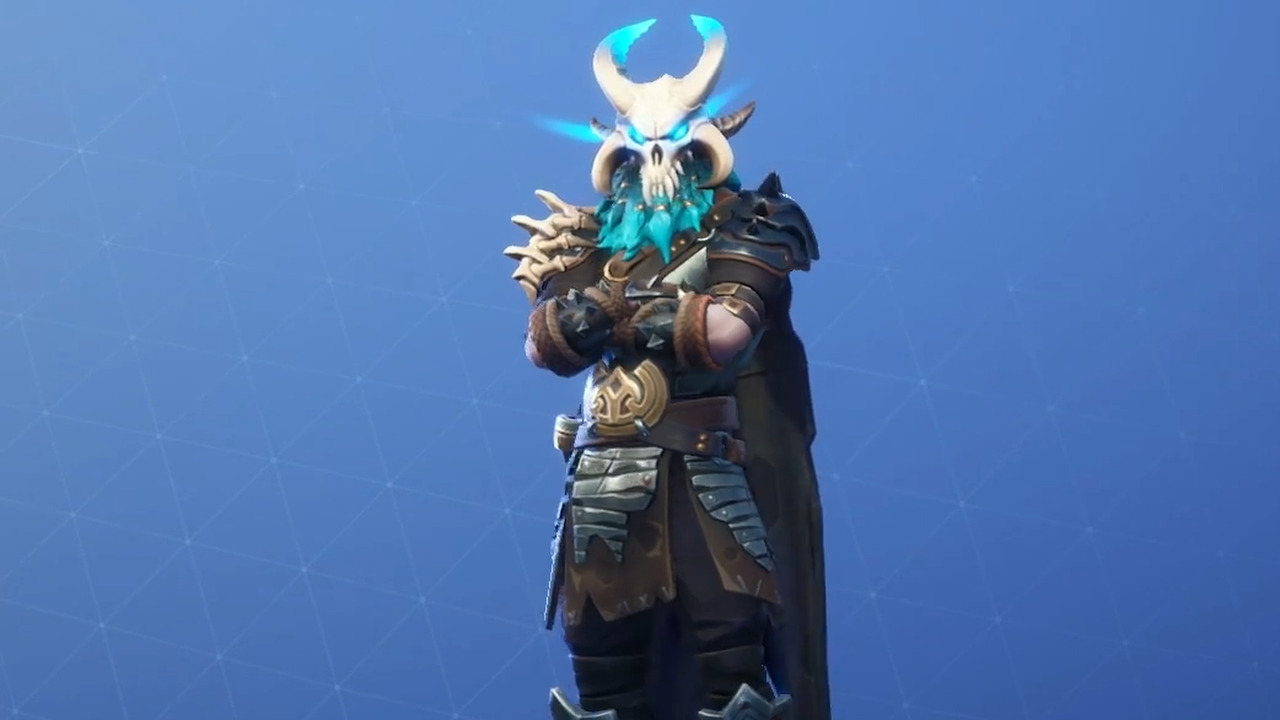 When it launched, Ragnarok might not have been a very rare skin, but so much time has passed since that it has become one of the harder skins to find in Fortnite. Ragnarok was the Tier 100 Battle Pass reward in Season 5, so only the most dedicated Fortnite players could acquire this skin.

Even rarer is the maxed-out Stage 6 style, which requires you to earn tons of XP to unlock. Ragnarok is already a rare skin, and it will only become rarer as time goes on. 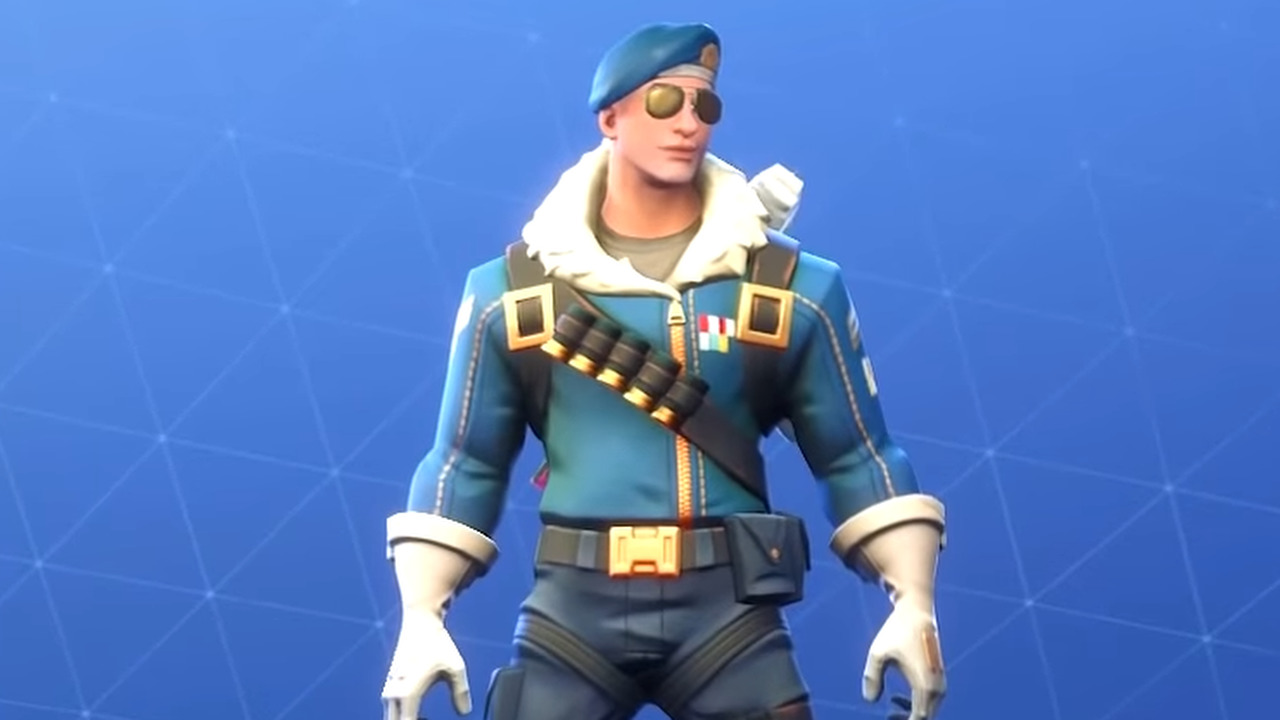 The Royale Bomber has become a bit easier to acquire since it released, but it’s still one of the more expensive skins Fortnite has to offer. Originally, Royale Bomber was bundled with select PlayStation 4 consoles, and that was the only way to get it for some time.

The skin was later bundled with select DualShock 4 controllers, but those seem to have sold out just as quickly as the PS4 bundles, making the skin very hard to find today. 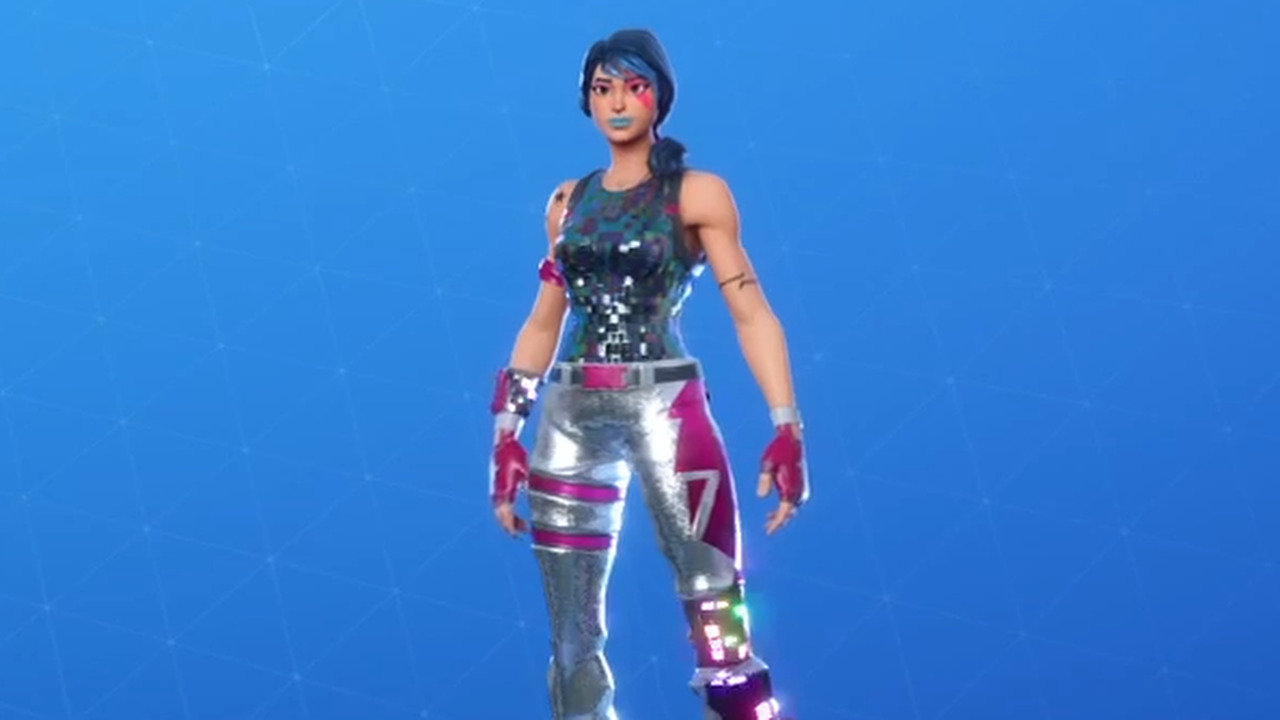 Like many of the skins on this list, Sparkle Specialist could only be obtained during the early days of Fortnite. It was unlocked by reaching Tier 56 of the Season 2 Battle Pass.

This skin was actually pretty popular during Season 2, but considering Season 2 was so long ago, not many people have it or use it anymore, and it’s unlikely that new players will ever get a chance to get it for themselves. 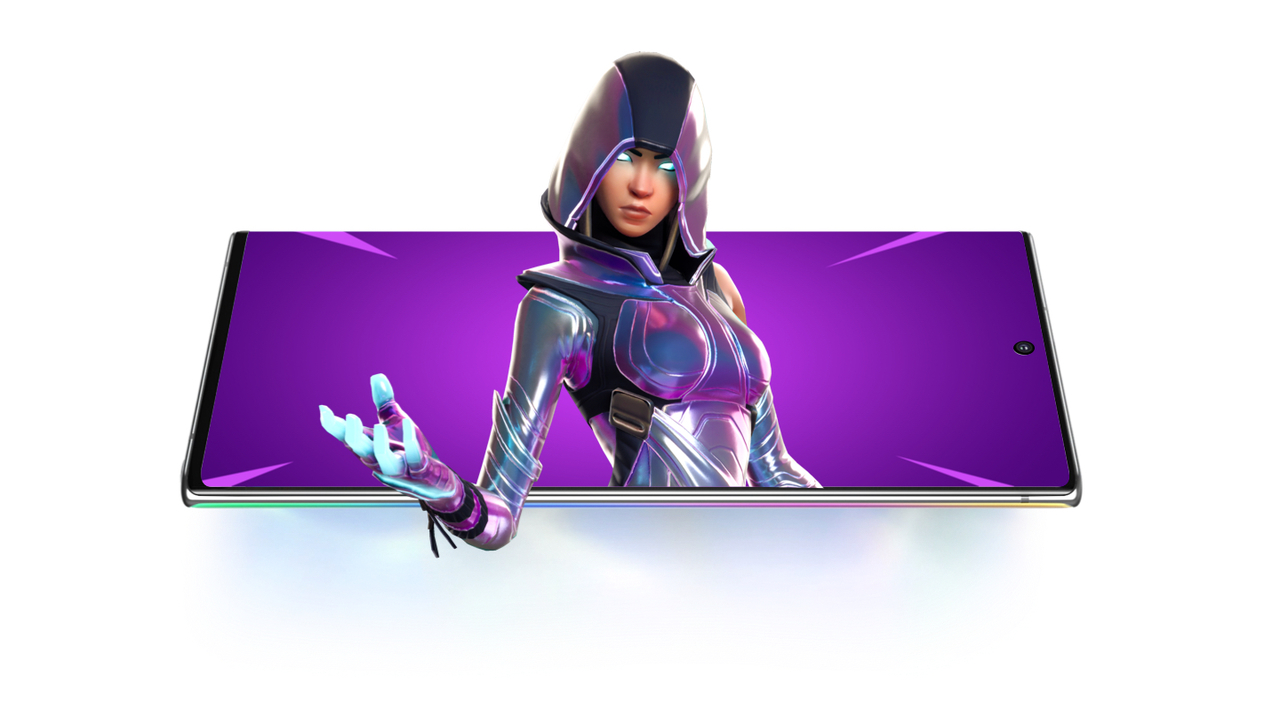 Like the Galaxy skin, the Glow skin is a Samsung promotional skin, although you could get it on a much larger selection of devices. The promotional period has ended, though, so nobody can get this skin anymore.

This skin is one of Fortnite’s rarest just because of the cost. Only those with relatively new Samsung devices could redeem the Glow skin, so a large percentage of Fortnite’s playerbase was alienated. 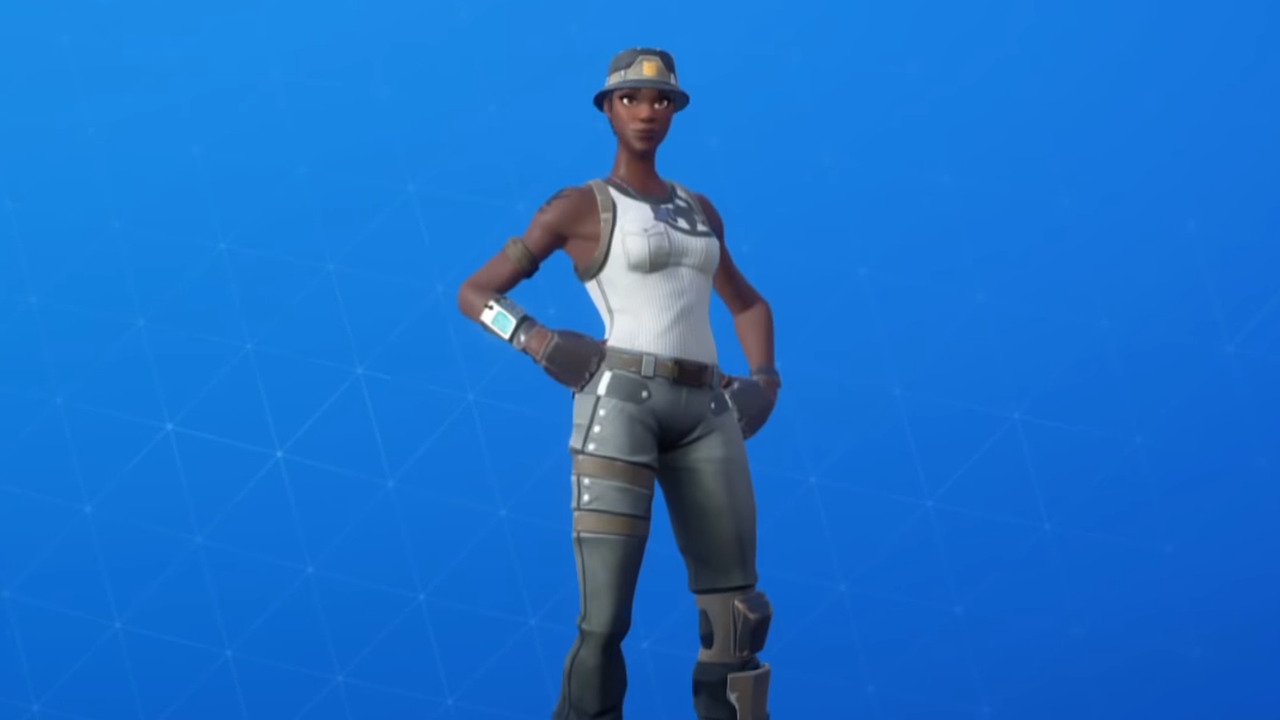 Yet another skin from the early days of Fortnite, Recon Expert is one of the rarest skins to ever grace the game. It was released in October 2017, making only one appearance in the item before disappearing, never to be seen again.

It’s a very plain skin that was released when Fortnite Battle Royale was still new, so hardly anyone bought it for the asking price of 1,200 V-Bucks at the time. Now, every Fortnite player wants to get their hands on Recon Expert. 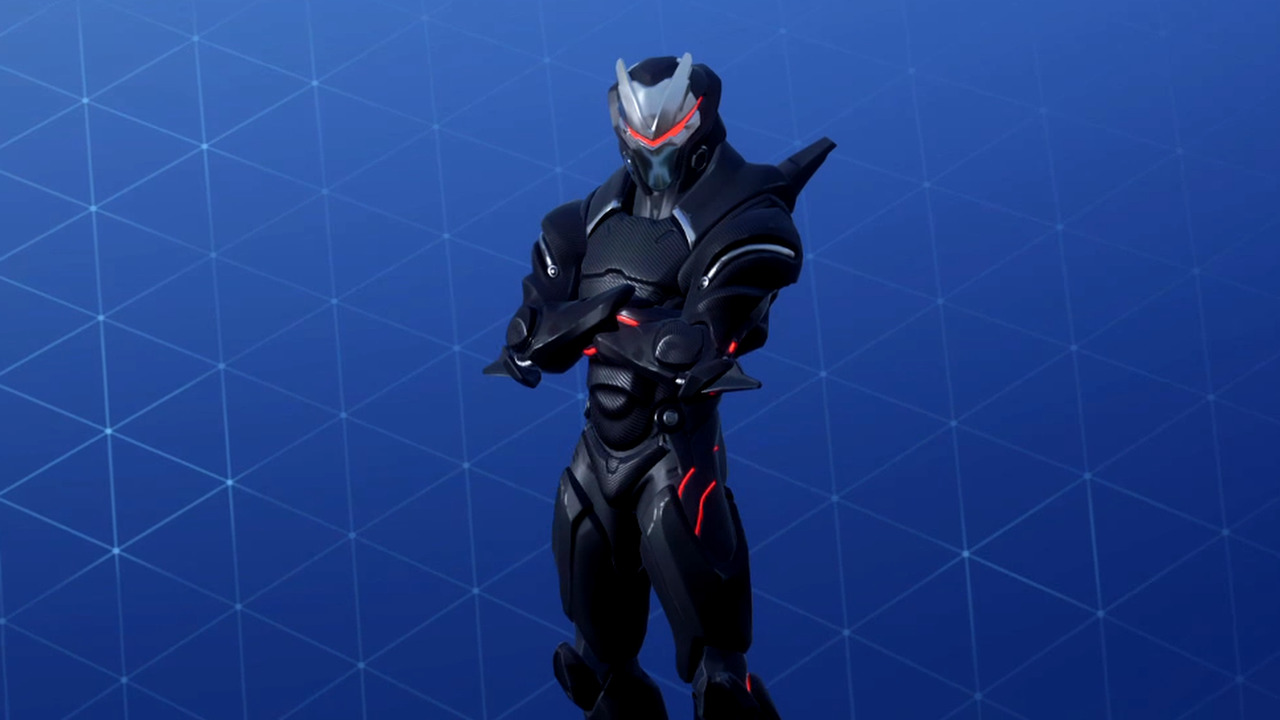 Because each Battle Pass is limited to one season, Battle Pass skins get rarer and rarer as time goes on. Omega was the reward for reaching Tier 100 on the Season 4 Battle Pass.

Season 4 was a long time ago, and very few Fortnite players are still rocking their Omega skins, thus making it one of Fortnite’s rarest. Many of Fortnite’s rarest skins are tied to certain devices, and Honor Guard is no different. This skin is only available to those that purchase the Honor View 20 smartphone, which is very expensive and much less common than a Samsung phone.

When the promotion first began, the skin wasn’t even available in the United States, forcing dedicated Fortnite fans to import an expensive device if they wanted the Honor Guard skin. The phone has since been released globally, but its asking price is still a lot for a Fortnite skin.