Is Rebirth getting removed from Warzone? Call of Duty: Warzone is getting an all-new map called Fortune’s Keep in its upcoming Season 4 update, but veteran Warzone players are very worried that this new map will replace the fan-favorite Rebirth Island location that has existed for quite some time at this point. Rebirth Island is a smaller, faster-paced Warzone map initially introduced as a complementary location to Verdansk, but now it has grown considerably in popularity after the release of the Caldera map alongside Call of Duty: Vanguard last year.

Caldera didn’t impress most Warzone players, so many of them have retreated to Rebirth Island for their battle royale fix. Not only do most prefer the faster-paced firefights and lower player count of Rebirth Island, but it’s also a haven for those that don’t appreciate the WWII theme of Caldera. Now, Rebirth Island’s future is unclear as Activision has revealed a similar new map ahead of Warzone Pacific’s Season 4 patch.

Fortune Keep has been slowly teased by Activision on Twitter this past week, with small quadrants of the map being revealed over time. Fans eventually pieced together the full picture, however, revealing the layout and locations of Fortune’s Keep to the world. It’s a small standalone island map roughly the size of Rebirth Island, and it will be the home of Resurgence matches starting in Warzone Pacific Season 4.

Thank you to our community for helping reveal Fortune's Keep, a new #Warzone Resurgence map, where the amount of danger and action is second only to its riches 💰🏆💥

Resurgence is the game mode featured on Rebirth Island, removing the gulag in favor of normal respawns as long as one member of a squad remains alive. This change had made Rebirth Resurgence one of the most popular Warzone playlists, especially after the release of Caldera.

The thing is, Rebirth Island has been the only map available for Resurgence for the most part, just as Verdansk and Caldera have been the home of standard battle royale modes since the beginning of Warzone. This fact has left many Warzone players worried about the future of this fan-favorite map.

Is Rebirth Island Getting Replaced in Warzone?

Activision has not yet confirmed that Fortune’s Keep will be replacing Rebirth Island in Call of Duty: Warzone, but it seems likely that the new map will replace Rebirth when Season 4 launches later this month. Warzone has never featured multiple maps for any game mode, so Rebirth Island will probably go on hiatus once Fortune’s Keep is added to the game. It’s a sad fact, but Fortune’s Keep thankfully doesn’t seem all that different from Rebirth Island. 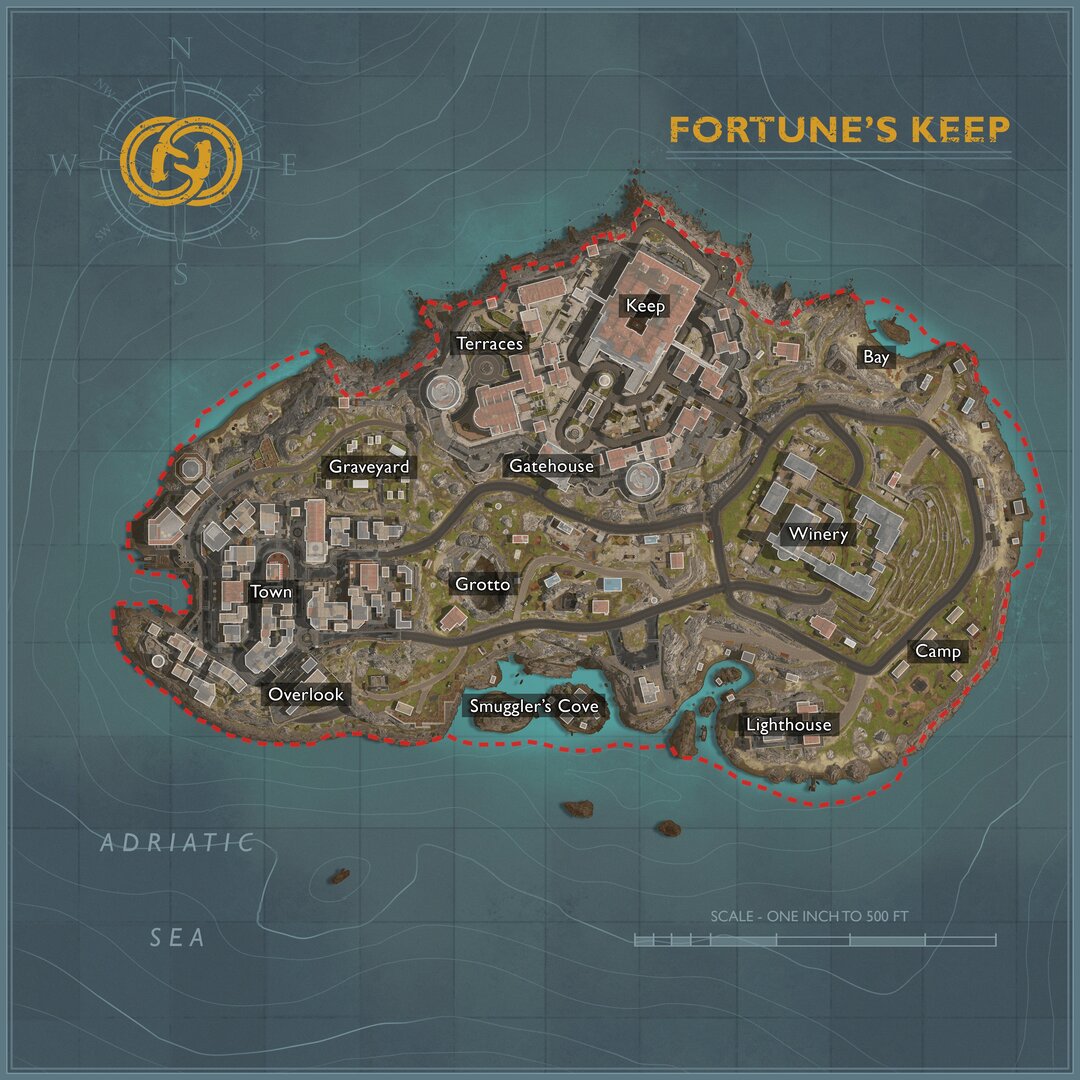 Fortune’s Keep is slightly bigger than Rebirth Island because its buildings are not as close together as those on Rebirth. There are wide open spaces and roads, which could be used for vehicles. Because of this change, it’ll likely feel a bit slower than Rebirth Island, which will upset some players who have spent countless hours dropping into Resurgence matches on Rebirth.

Of course, there’s always the possibility that Activision will keep Rebirth Island in addition to Fortune’s Keep, but if that’s the case, then it’s highly unlikely that the two will ever be available at the same time. If both maps remain in Warzone, then playlists will cycle between the two of them to prevent Resurgence players from being spread too thin. Activision will likely reveal more information as Season 4 draws nearer, so stay tuned to learn more about Rebirth Island’s fate.