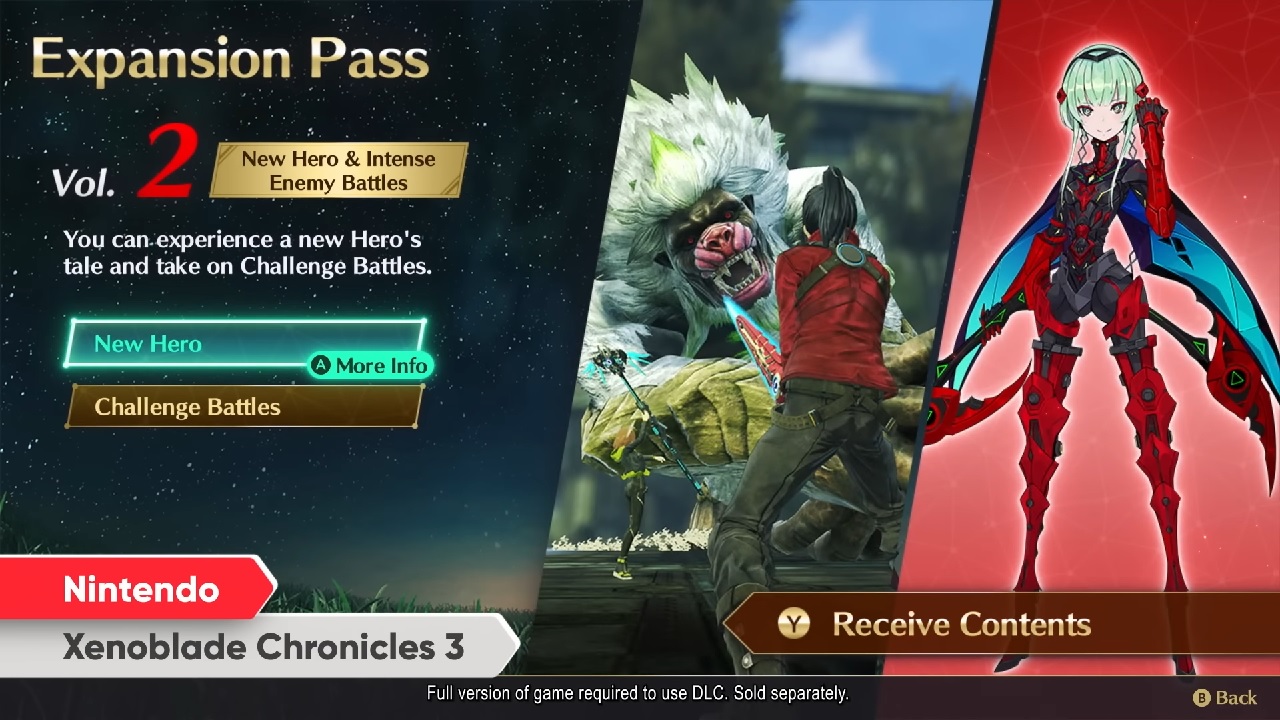 Following news from the newest Nintendo Direct, Xenoblade Chronicles 3 is confirmed to receive Challenge Mode and a New Hero as a part of the Expansion Pass accompanying the third entry of Monolith Soft’s JRPG series. Xenoblade Chronicles 3 was released on July 29 this year and is generally considered a worthy, if not an exceptional successor to one of Nintendo’s enduring JRPG catalogs that started in 2010.

Despite the original Xenoblade’s lack of DLC, its remake, and sequels that followed had their fair share of content that came via singular purchase or Expansion Pass. The ones that tend to garner the most attention from the player base are large-scaled extensions that contain hours of gameplay and story elements, something along the lines of Torna – The Golden Country for Xenoblade 2, substantial enough to be released stand-alone.

The second volume of the expansion pass for Xenoblade 3 is based entirely on two aspects, the new Hero Ino and a Challenge Mode that pits the player against difficult enemies. The new Hero Ino is described as “mechanical” in nature, arriving with a new Class and a Hero quest that requires completion before she’ll join the player team as an ally. The same approach can be said for most Heroes in the base game, who had prerequisite steps that needed finishing before the player is granted their aid.

Meanwhile, the Challenge Mode will see players tackling enemies in battles that consist of multiple waves of enemies in the hopes of earning rewards. Items of interest range from equipable accessories to different costumes for main characters in the player party. Of note is a screenshot showing the characters in summer swimwear, which seems to be already incentivizing players to chase after high-rank clears for the challenge battles that will come will the release of this mode.

Both parts of Volume 2 of the Expansion Pass will arrive on October 13 and is a part of the Xenoblade 3 Expansion Pass as a whole, with no singular purchase alternatives in place. Because Volume 4 of the Expansion Pass is said to be an original story scenario, which is likely equatable to the extent of Torna The Golden Country or the very least, Future Connected, the pass itself should prove to be a fair purchase if the value of the entire package is measured. The only question left to fans of Xenoblade 3 is whether or not they’ll acquire the pass now to experience Volume 2 or wait until that scenario arrives.

Xenoblade Chronicles 3 is available now, exclusively on the Nintendo Switch.