All Health Pack Locations in Midtown in Overwatch 2

Sometimes you need to look after yourself. 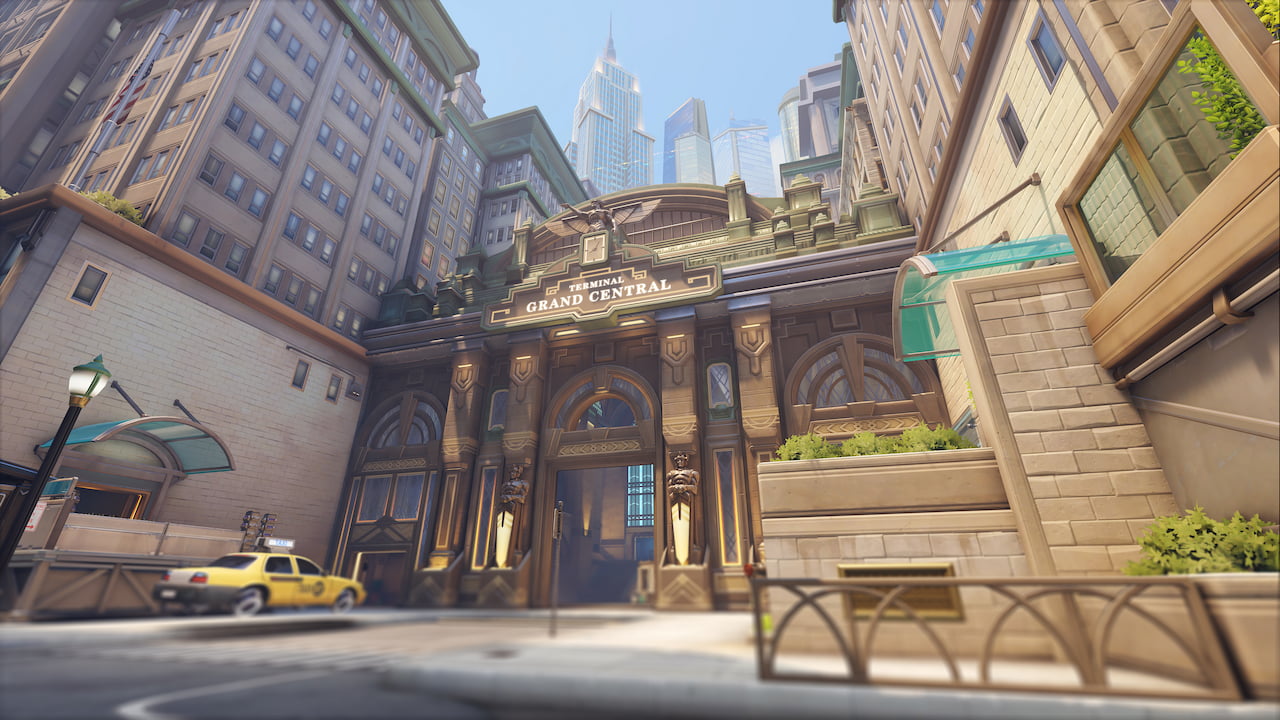 There comes a time in Overwatch 2 when you need to be independent and heal yourself without the help of your support. You may be deep in the enemy backline and out of their line of sight, so having map knowledge of where all the health packs are will benefit you. Additionally, relying on health packs will allow you to flank more often without feeding the enemy team. In this guide, we’ll show you all the health pack locations in Midtown, one of the newest maps added to Overwatch 2!

All Health Pack Locations in Midtown in Overwatch 2 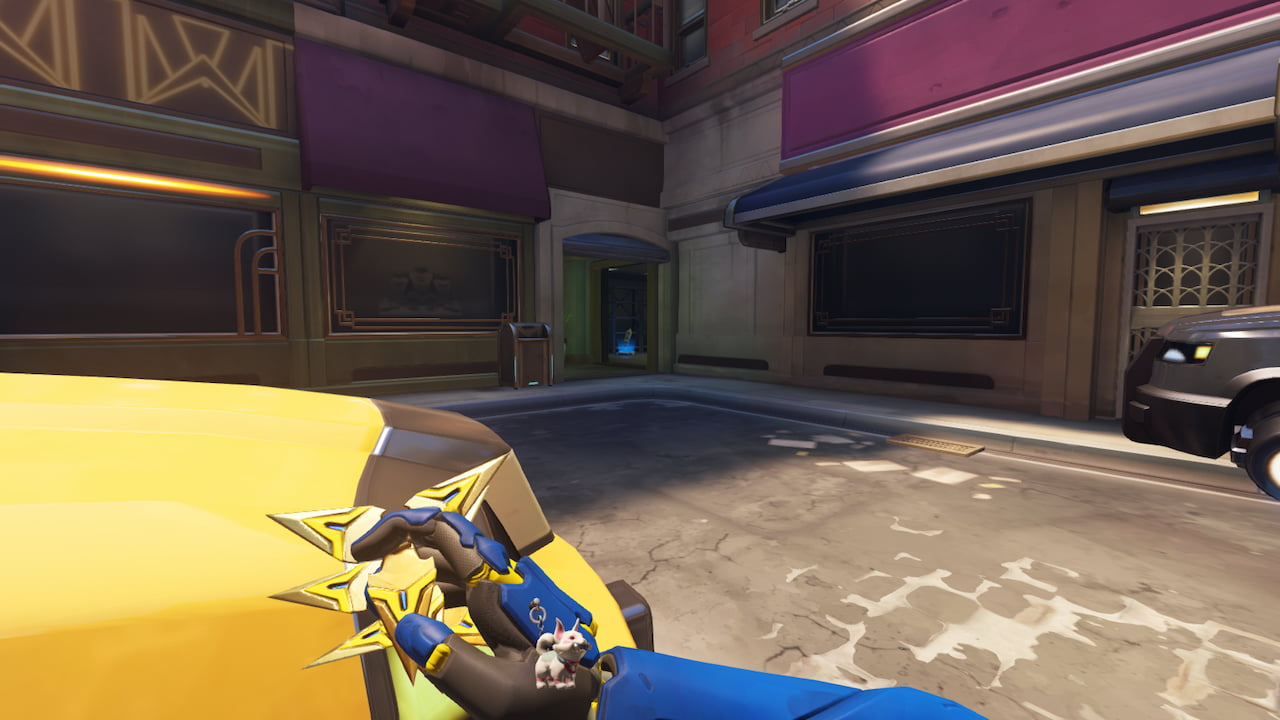 Upon exiting the first attacker’s spawn, head to your right side, and you will notice a mega health pack. By going through this path, you can reach the objective via a back alley or simply using the standard route. 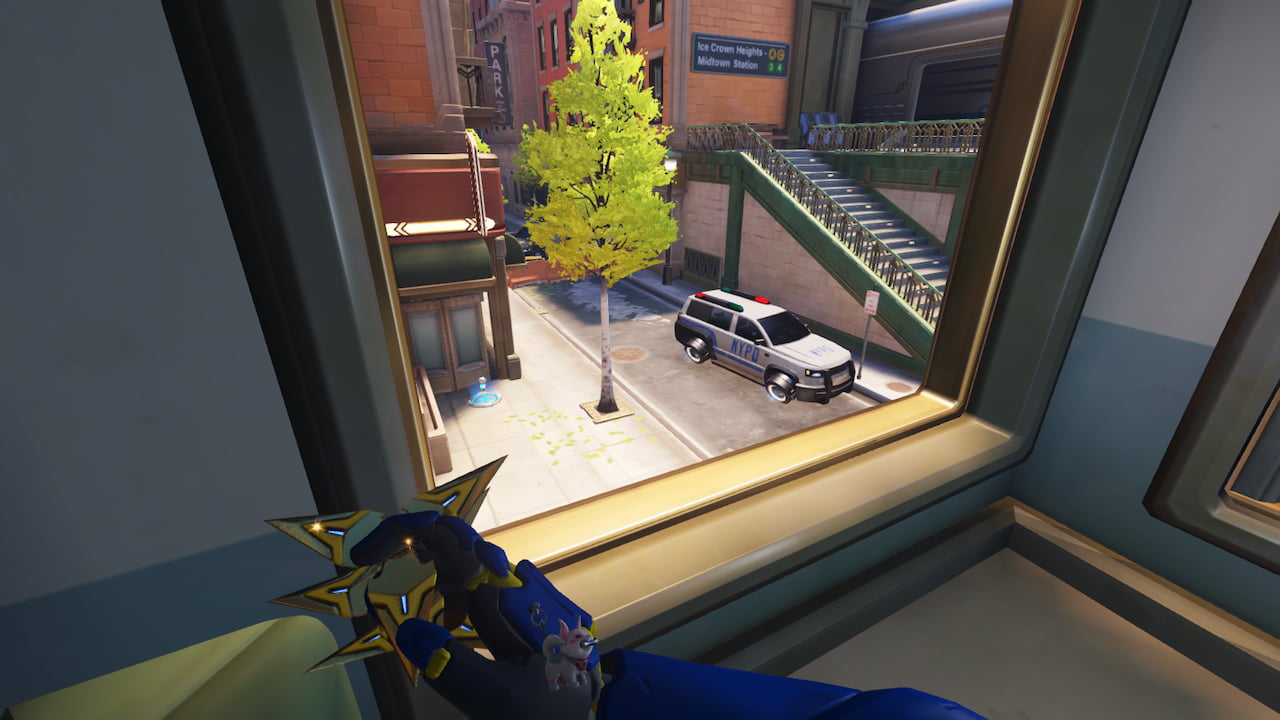 Alternatively, as the attacker, you can flank by climbing the stairs on the left side after exiting spawn. There is a window there that allows you to see a small health pack in front of you. Although there is a minimum cover to grab that health pack, this is a great spot to poke the enemy and get some ultimate charge at the beginning of the match. 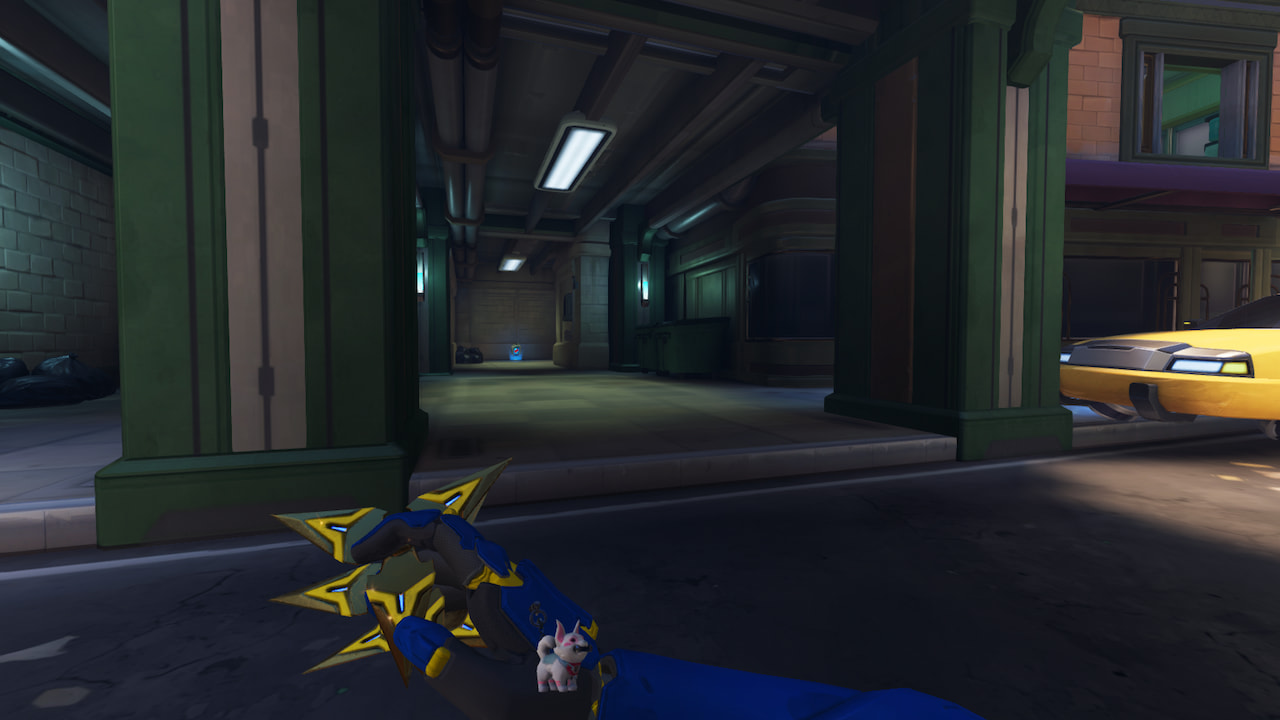 The following health pack is relatively easy to find as you reach the main objective. If you take the route below, you will notice a mega health pack on the left side, leading to a straight path to the flank. 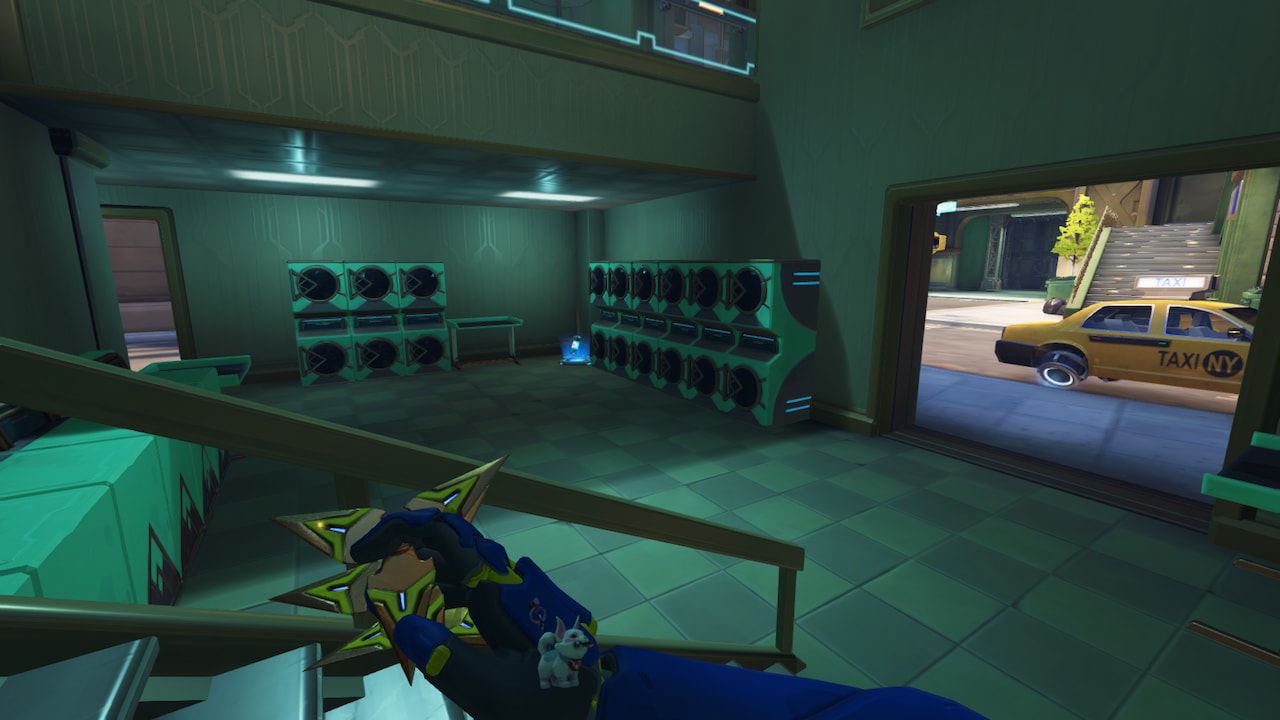 Alternatively, you can use this small health pack in the laundry building for a quick health top-up. 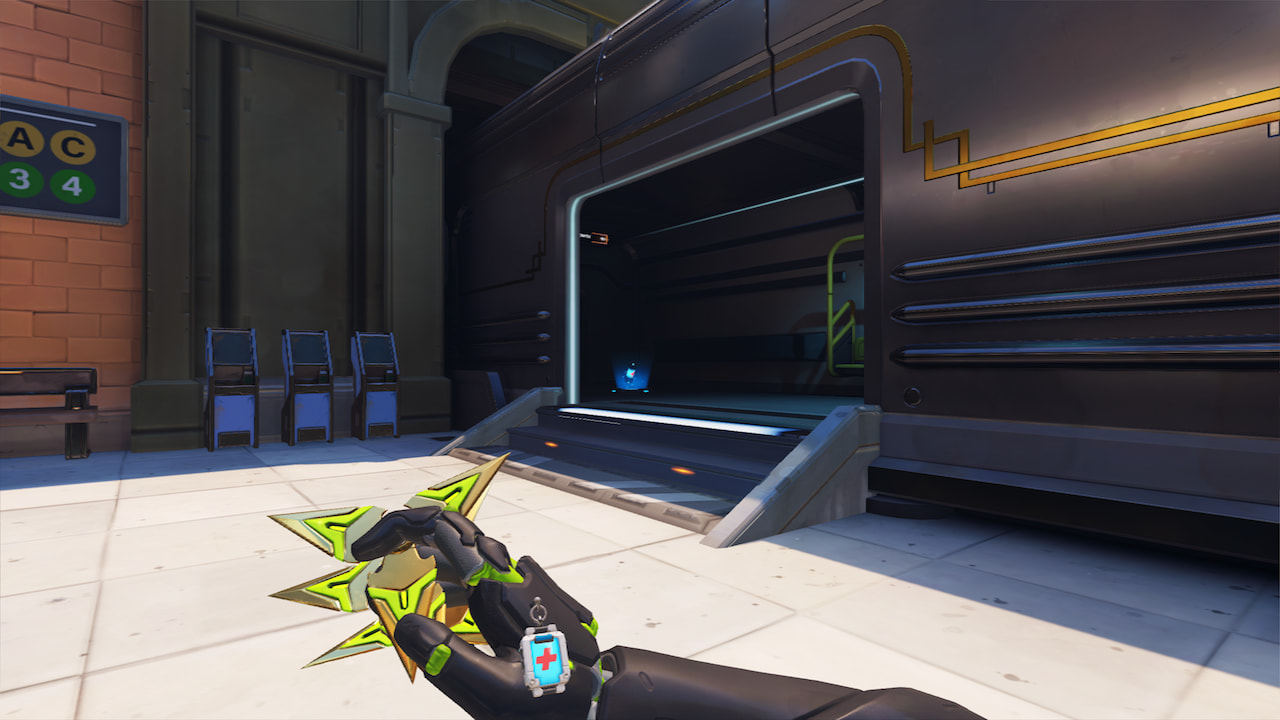 If your team decides to push from above, there’s a small health pack that you can use inside the train. This is a decent position to peek at the point, but given the place, there’s a chance you might get sniped. 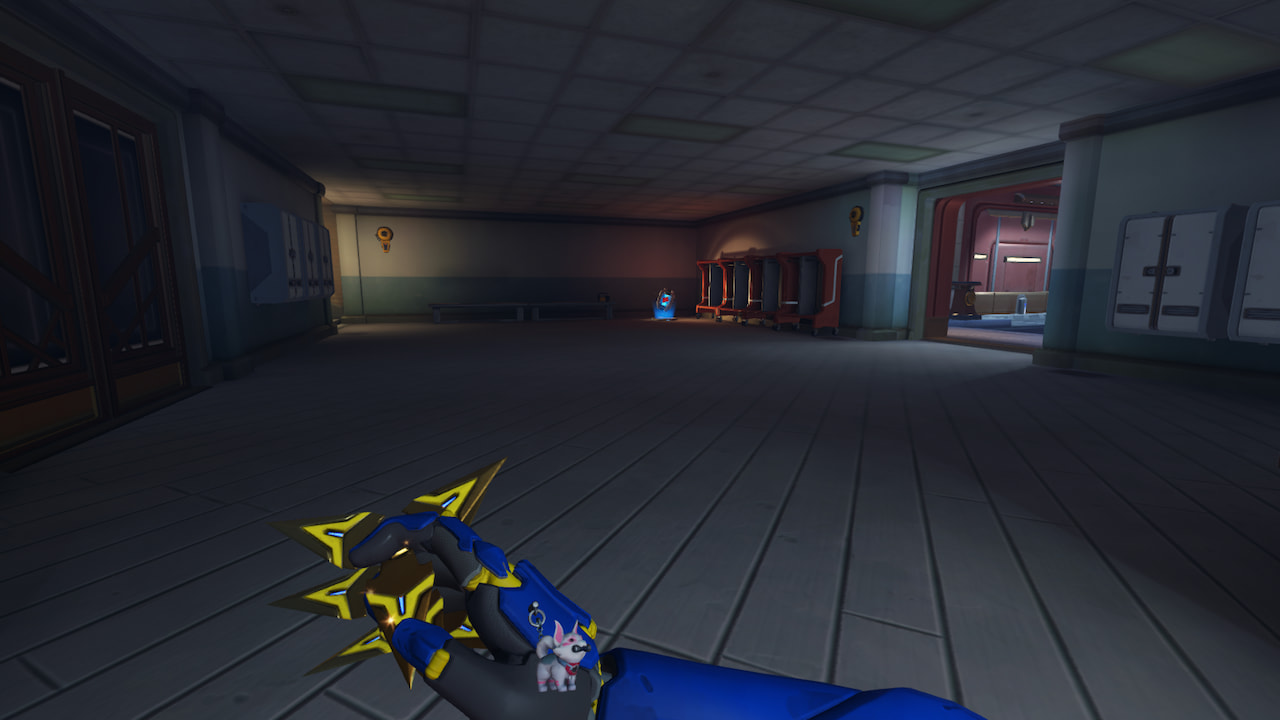 A mega health pack is located near the objective, which can be accessed by entering the building from the objective or via the flank route. 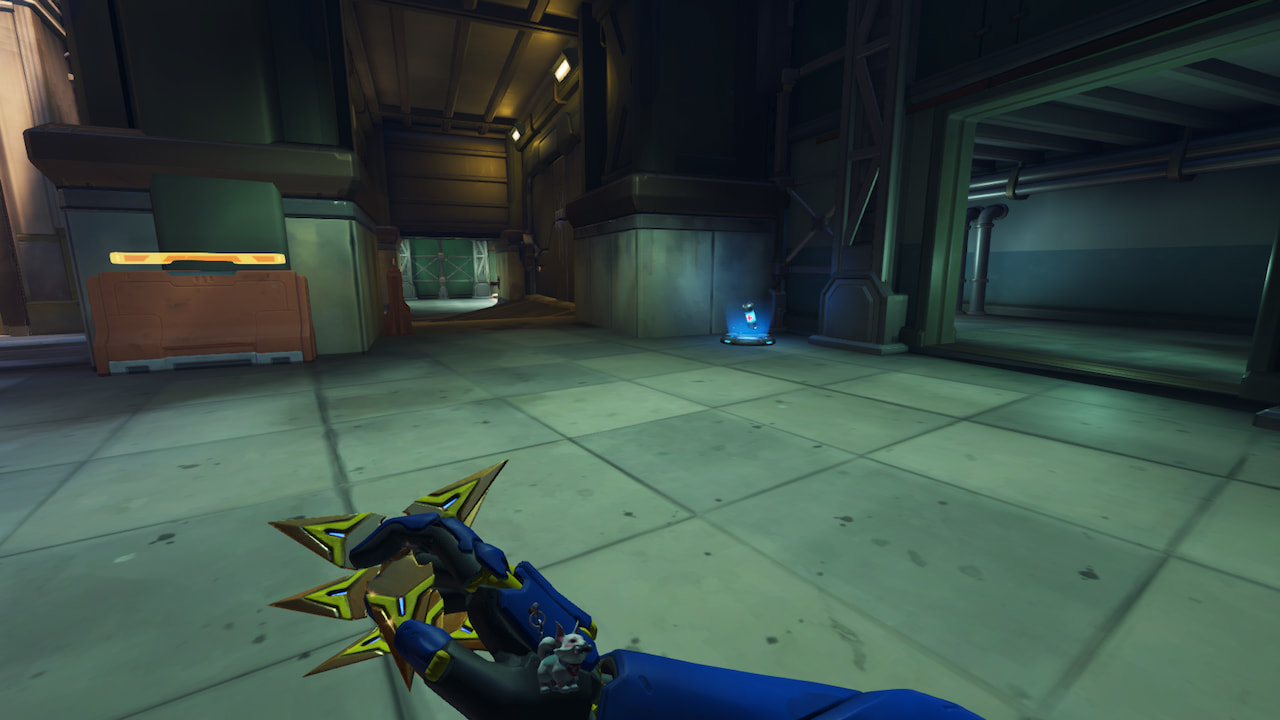 If there’s a fight going on the objective which blocks the entrance to the previous health pack, you can use this small health pack. It can be reached by heading to your right as an attacker or left side as a defender. 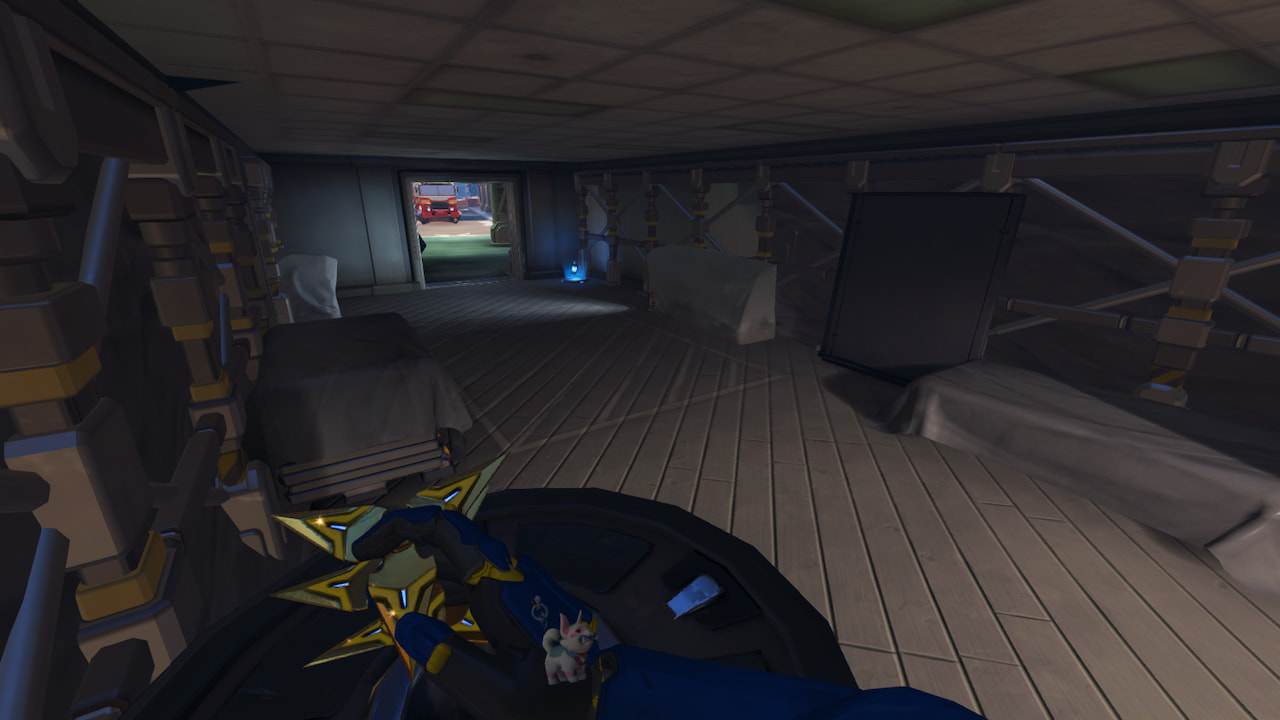 This small health pack is hidden behind the doorway in the tunnel. The defender side usually goes through this straight pathway to contest the point after they die, but it’s rarely used due to the distance between it and the point. 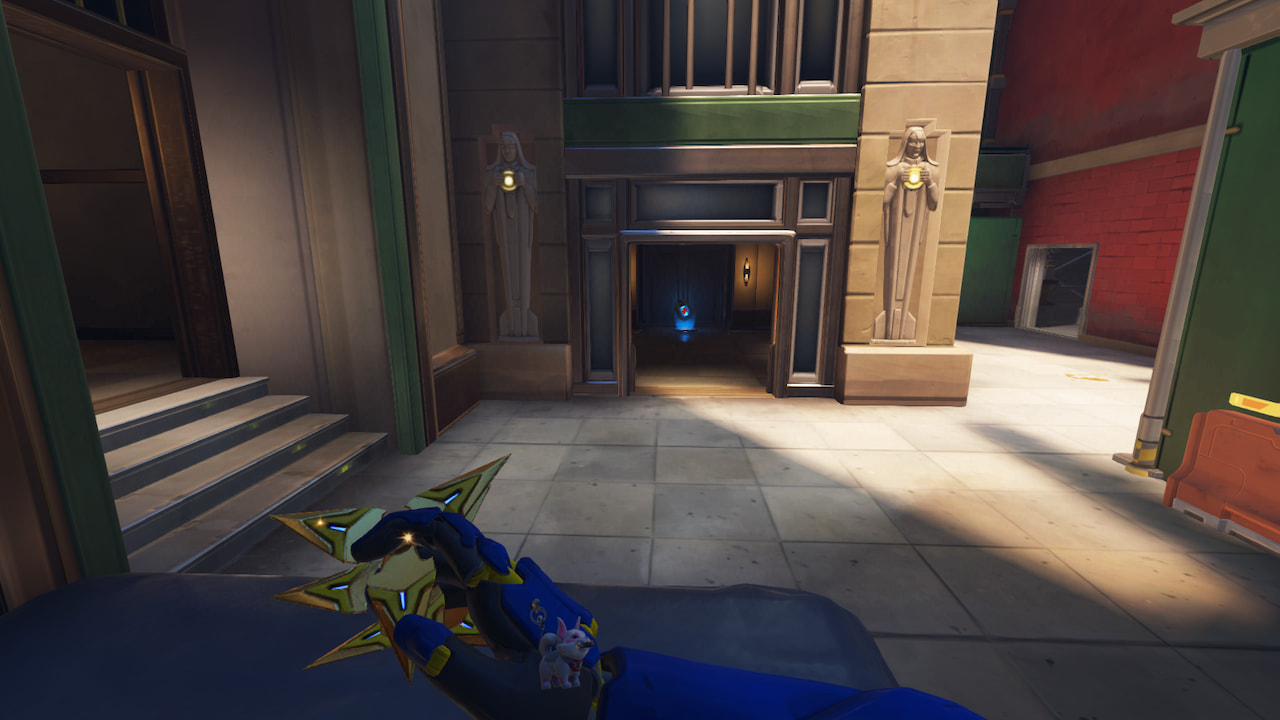 After capturing the first point and pushing the payload, the flanker on the attacking side can utilize this pathway to reach the upper subway and grab this small health pack. 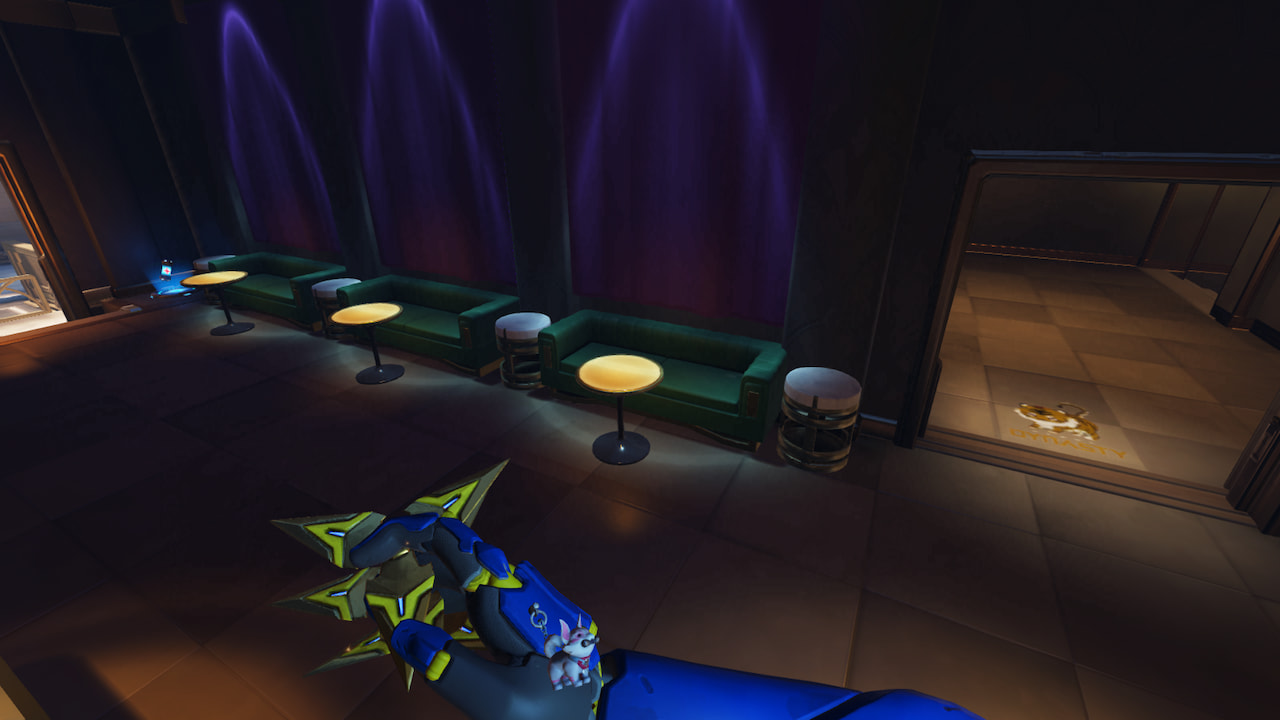 Once the flanker on the attacker side reaches the upper subway, they can head to this music bar for a small health pack. 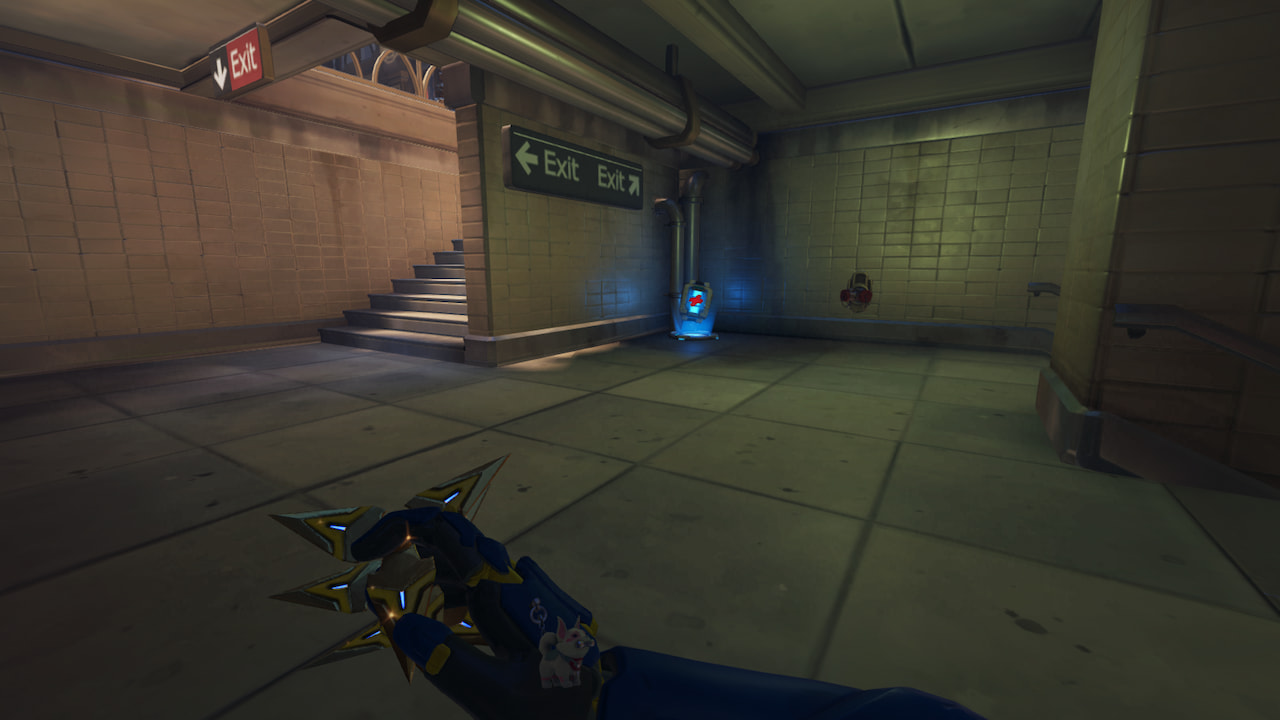 There’s a large health pack waiting to be used on either side just below the small health pack above. This is the ideal spot to heal and regroup with your team, as it’s pretty hidden. That is if the enemy team didn’t notice you going downstairs. 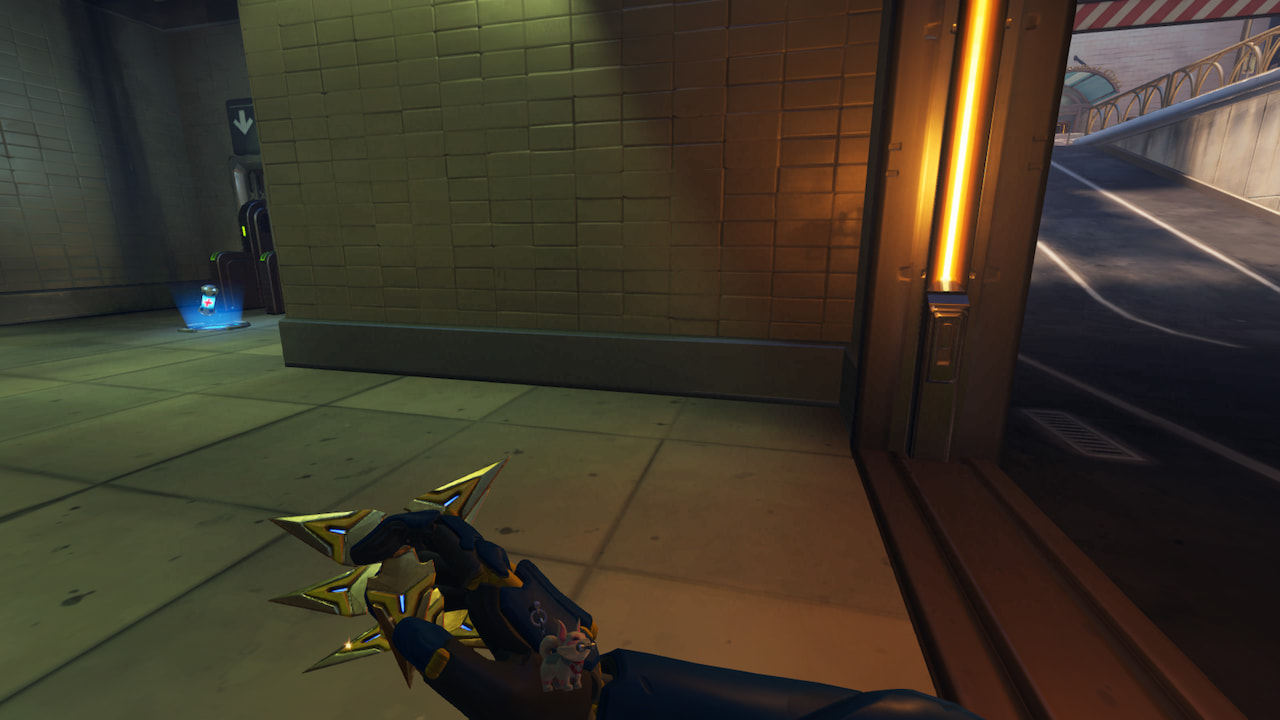 Meanwhile, the lower subway has two doors facing each other, but only the left side has a small health pack. 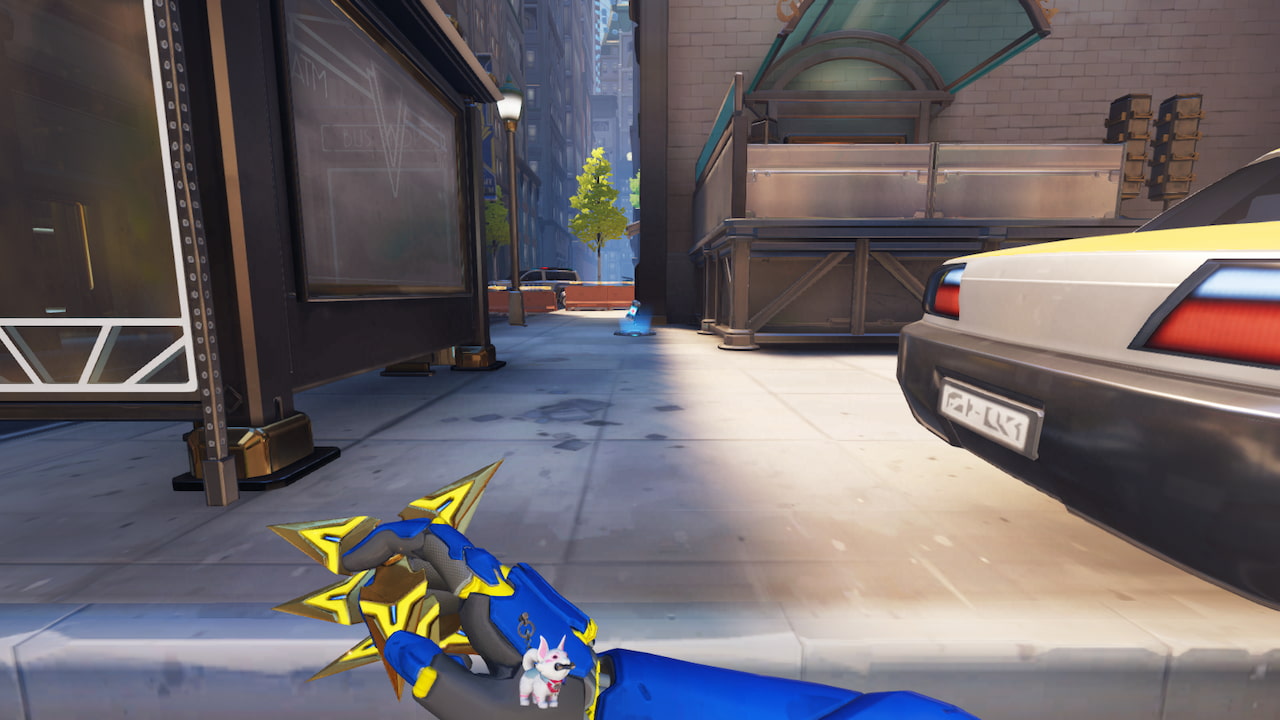 There is a small health pack nearby the attacker’s third spawn, which is on the left side of the point from the attacker’s view and the right side from the defender’s. You can use this to quickly heal yourself when the defenders are contesting the payload. 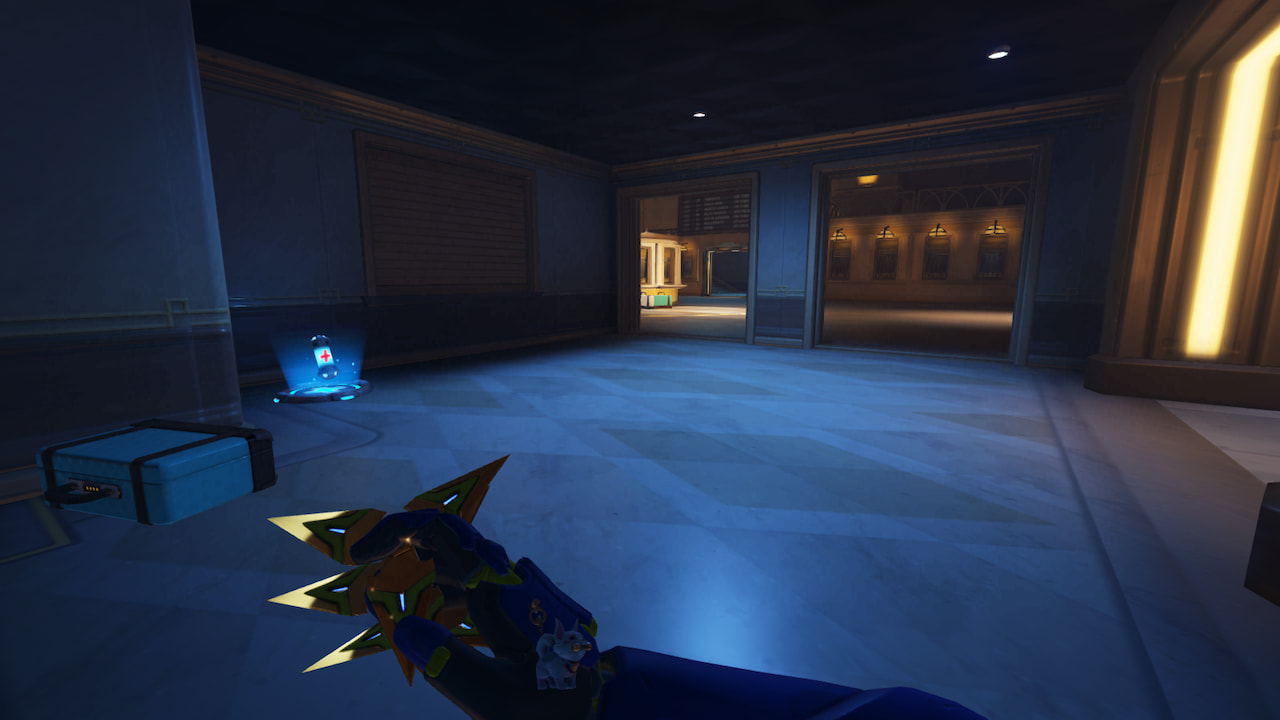 The attackers mainly use this small health pack since it is closer to their spawn. It’s located in the left side room in Grand Central. 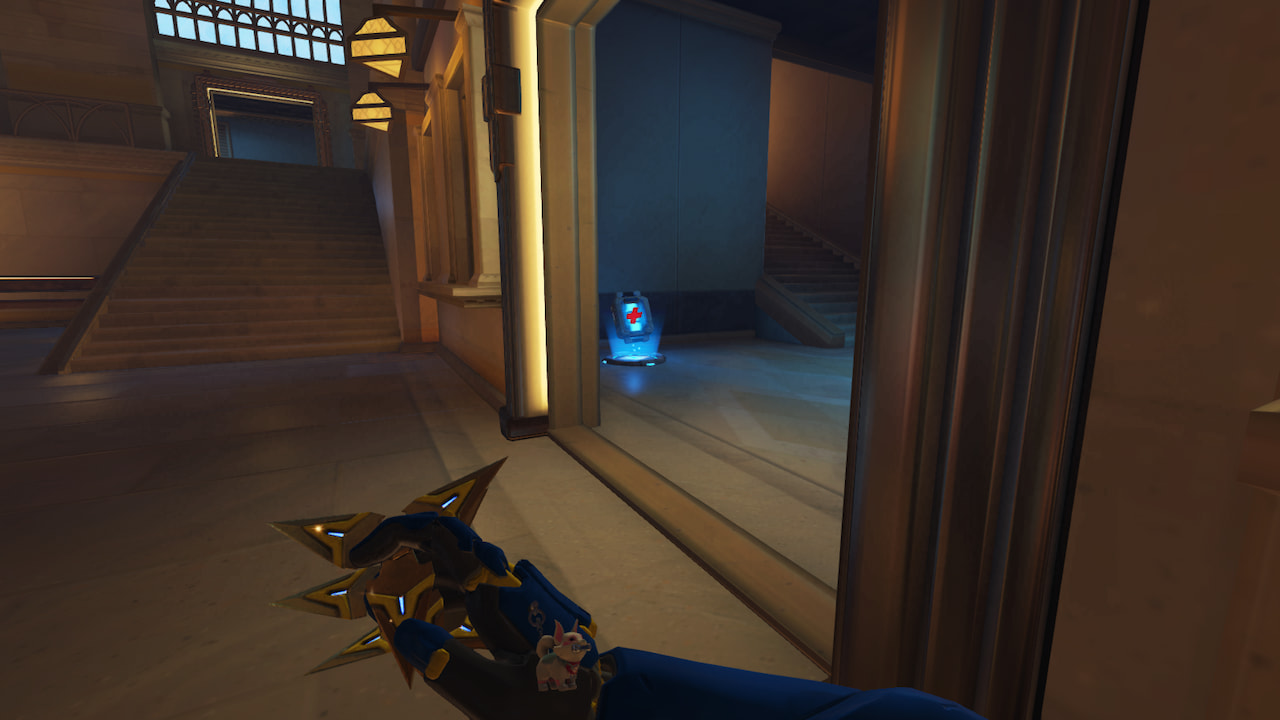 Inside the Grand Central is a mega health pack which is relatively hidden in a room on the right side. Snipers mostly use this health pack if the attacker side has one. 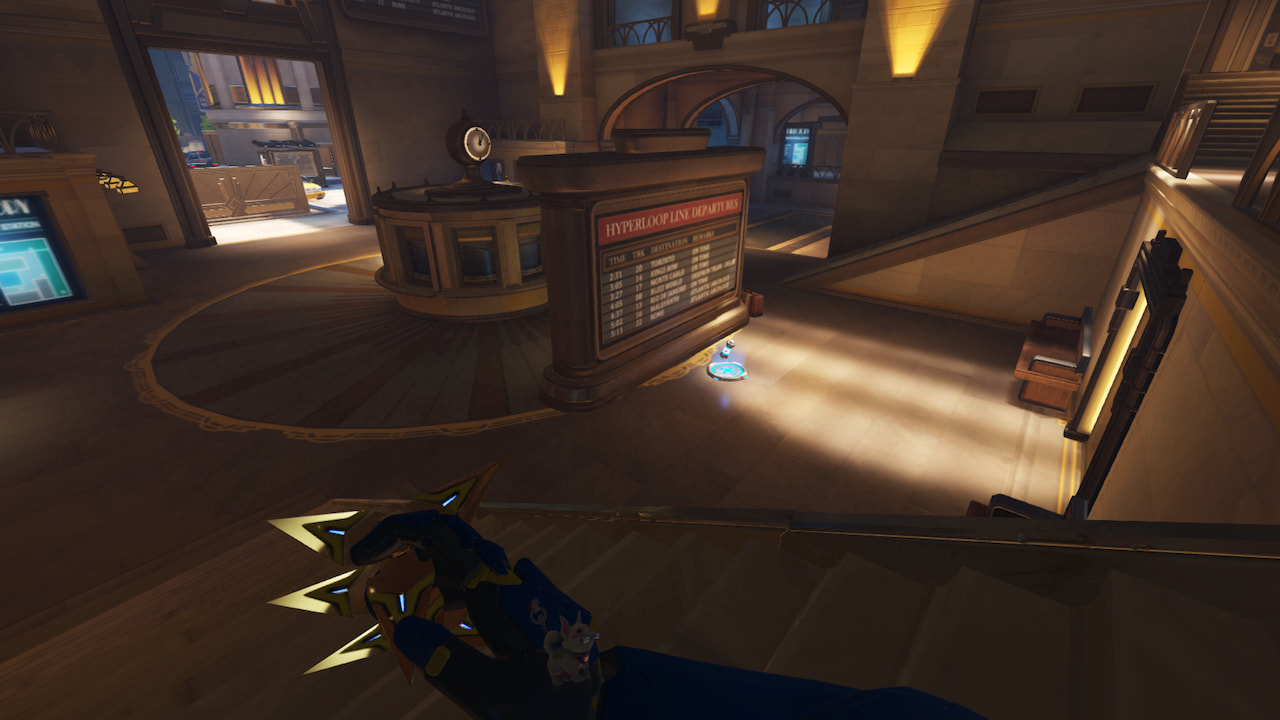 The following health pack is a small one right before the defender’s second spawn. It’s tucked away behind a board, allowing you to have some cover. 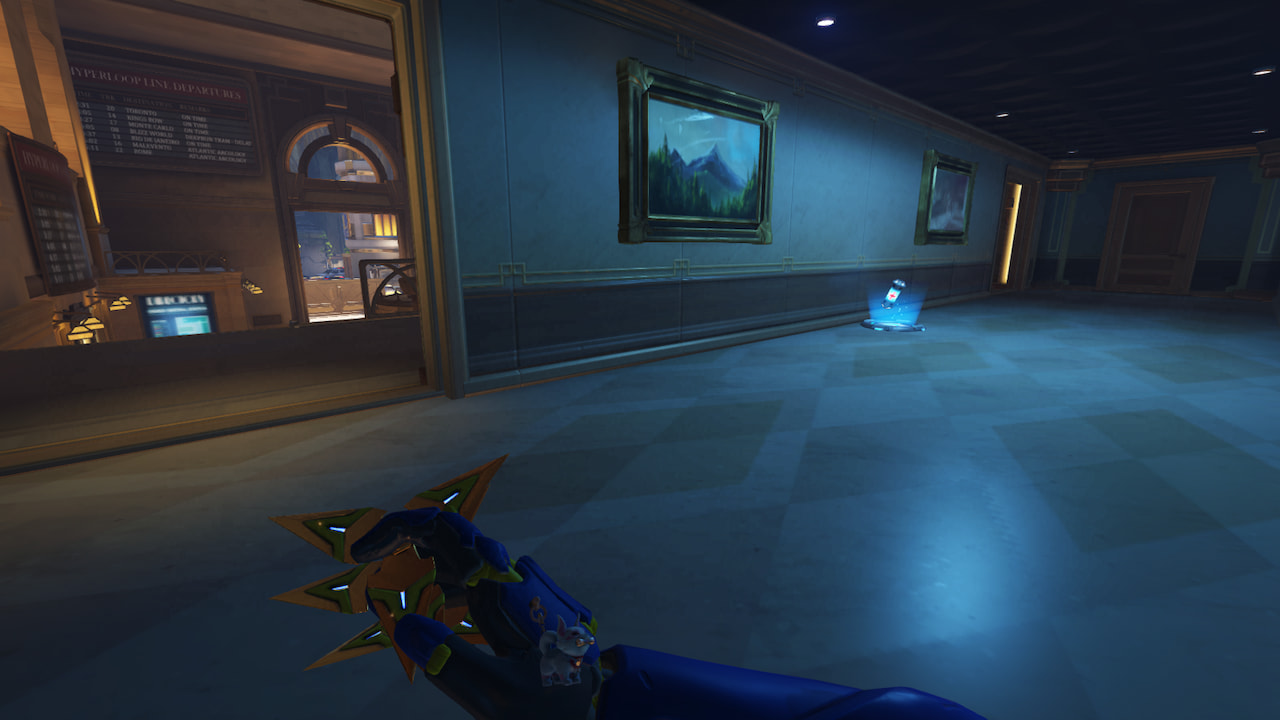 This small health pack is on the upper floor of the defender’s second spawn. It is rare to see this being used by either side since it’s difficult to spot. 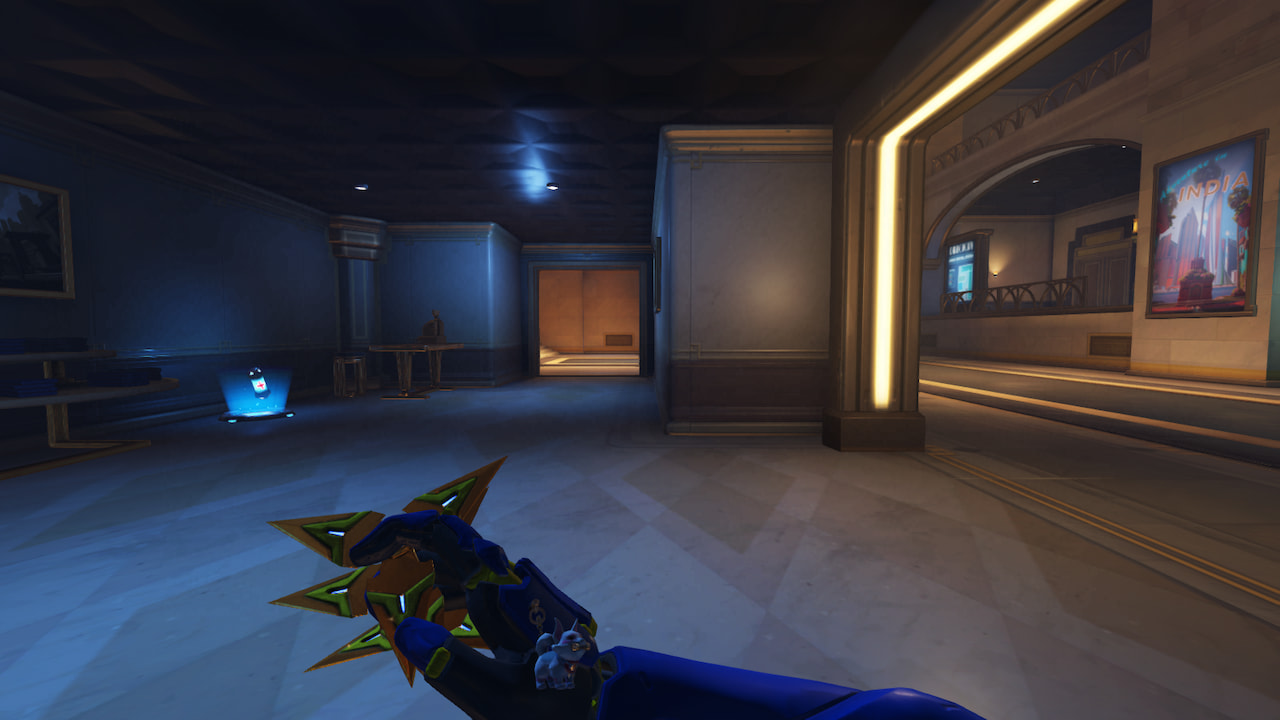 As the payload proceeds to the third point, eventually, both sides will come across this room, where a small health pack sits nicely. It may not be active for long since massive team fights usually happen here unless you run Sombra to hack it for your team. 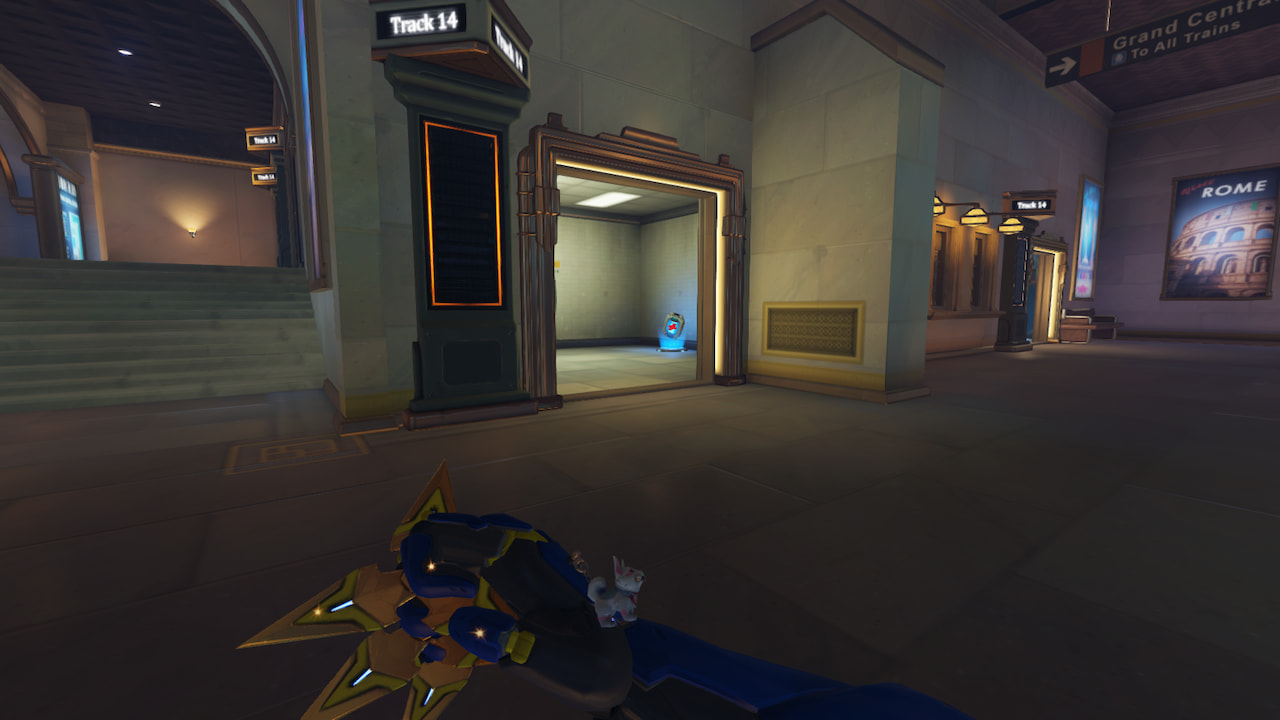 The following health pack is a large one that can be spotted inside a room on the left side near the defender’s third spawn. 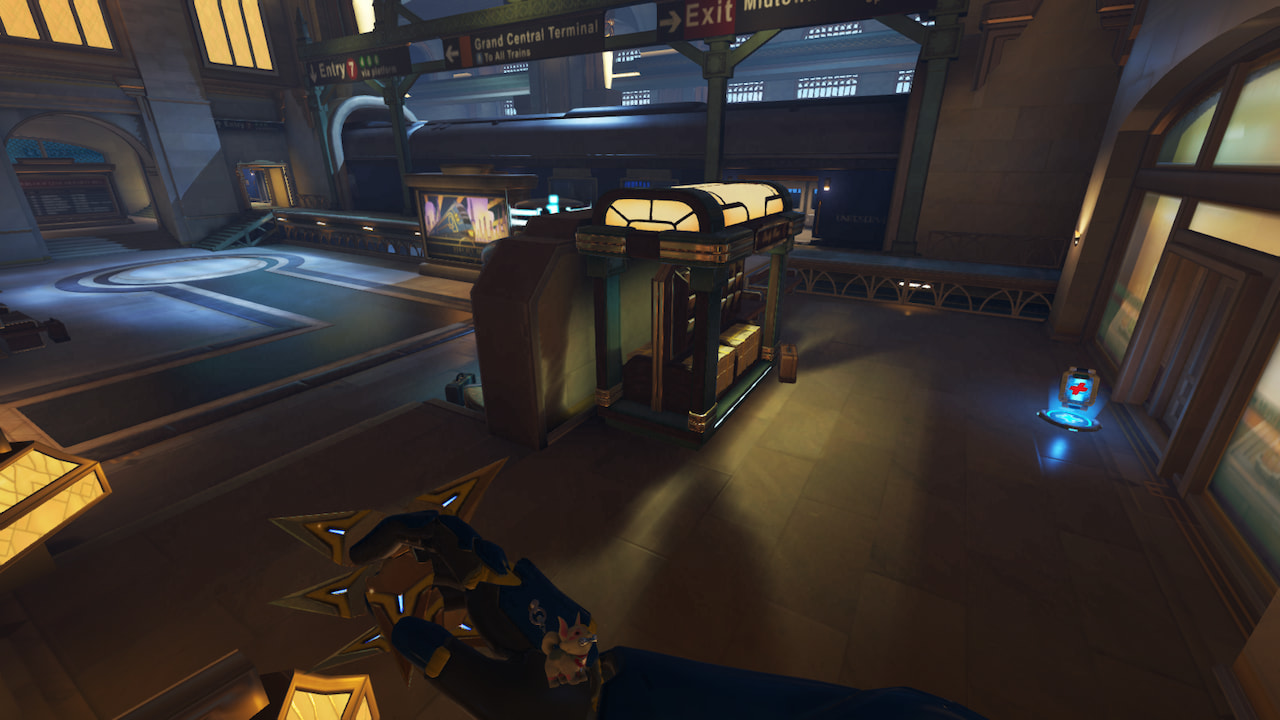 This large health pack is located behind a food stall and in front of the defender’s third spawn. Near the endgame, both sides will occupy this space to stop each other from contesting the payload, so you might want to think twice about using this one to avoid chaos. 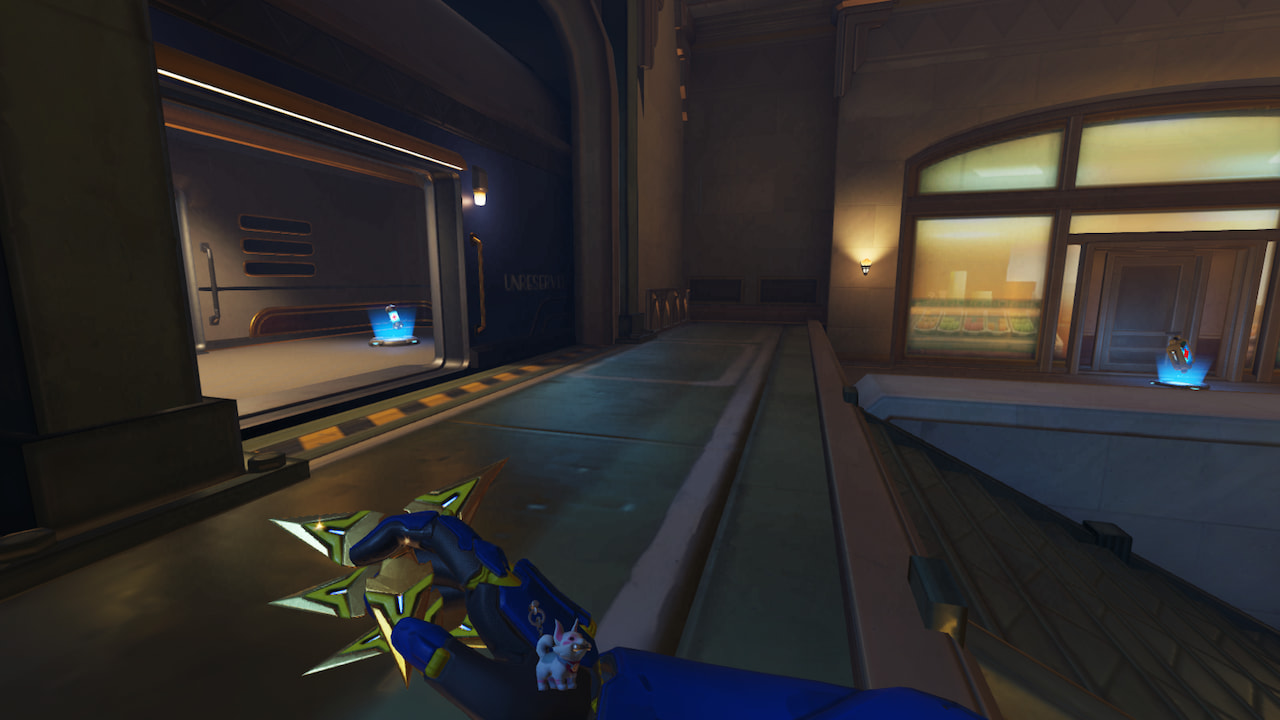 The last health pack can be accessed by going inside the Hyperloop train. Although it has a lot of covers, this spot doesn’t provide much space, which makes it quite risky to use.

That sums up all the health pack locations in Midtown in Overwatch 2. Once you get the hang of their places, you’ll be able to survive longer. Not to mention, your supports will appreciate you for being able to look after yourself.