Hunting The Beastman of Farum 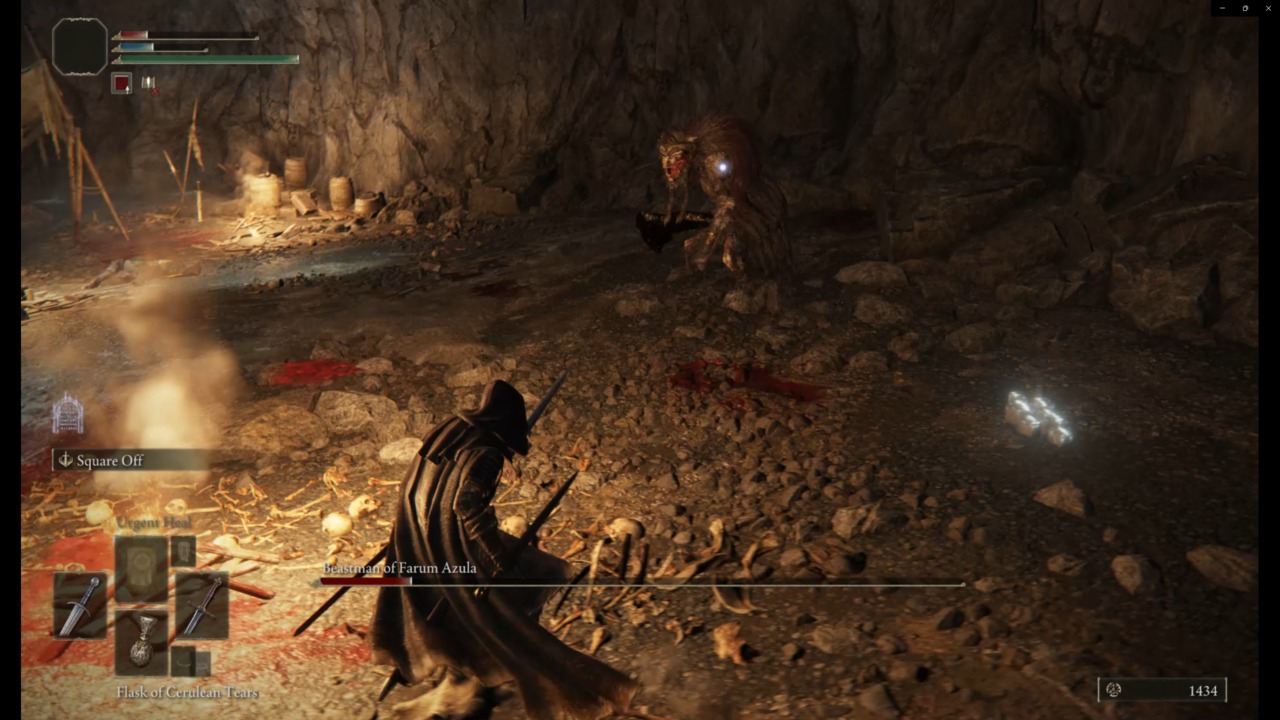 The Beastman of Farum Azula boss is far from the deadliest of bosses you will fight in your Elden Ring journey. That said, it is a fearsome foe that should not be taken lightly. In order to best this beast you will need to get ready to dodge like a pro and watch that stamina meter closely.

The Beastman resides in the Groveside Cave not far from where you took down the Tree Sentinel. Traversing through Groveside Cave is actually fairly simple. When you enter, there is a Site of Grace not too far in that you can rest and recover at. Once you are prepared it is time to brave the rest of the cave, it is full of wolves and while they are fairly weak you should be careful. The last thing you want to do is waste any healing flasks or spells on these small wolves. After a few twists and turns, you will finally be facing down the Beastman.

Defeating The Beastman of Farum with Melee

The Beastman is not a terribly difficult boss, but he does have a few deadly combos. The room you combat him in is also a small circle so he can pin you easily if you are not paying attention to your surroundings. When you enter the mist into the room, he will roar the second he spots you and the brawl will begin. The creature has two main attacks, one very long side to side combination of slashes that ends with it launching into the air to perform a final lunge attack. The second is a powerup blade thrust that reaches further than it first looks like it can.

Like most bosses in the Souls games, it is best to spend the first part of this fight learning it’s patters and timing. Once you master the timing of its long-winded flurry of attacks you can begin to move in and strike between his combos. Again, Beastman’s strikes are very predictable and do not change up during the course of the fight. Wait for the breaks he takes after combos and slash your way to victory! 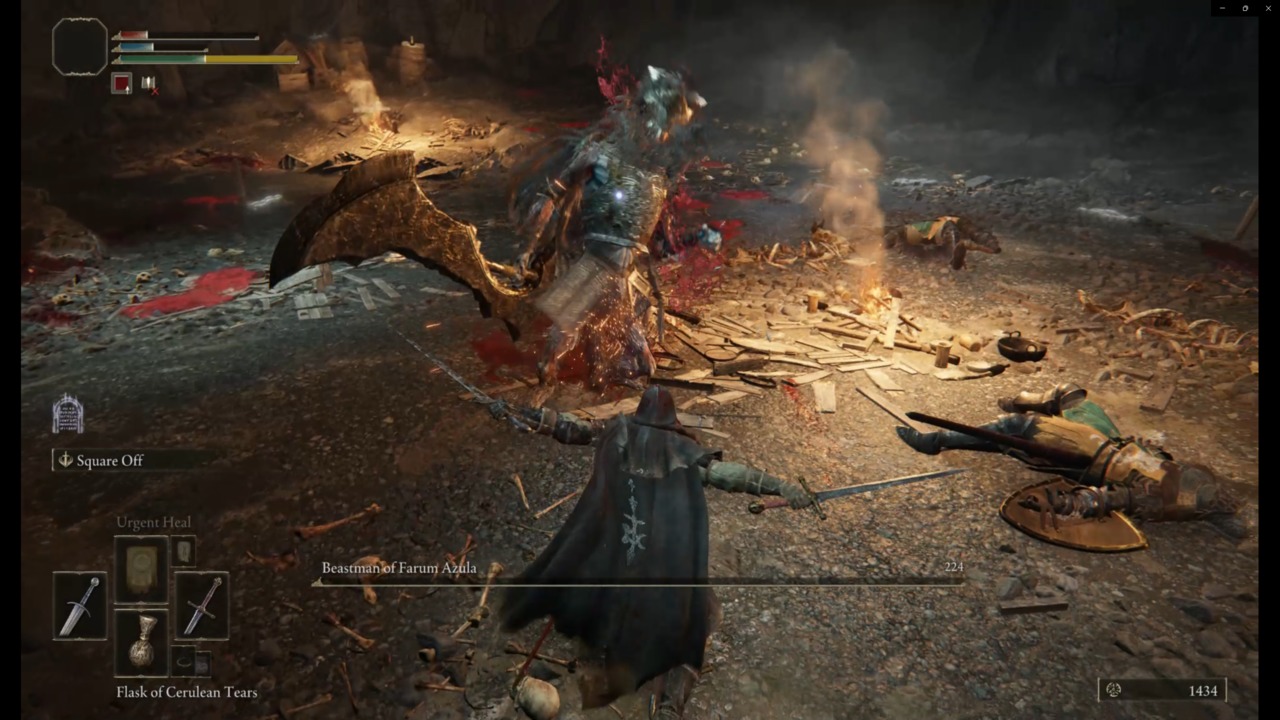 Dual wielding swords works wonders against the Beastman as even the strongest shields will not be able to withstand his long attack combo. This fight will ultimately be decided on how well you can dodge this beast and being able to come out of your dodges with quick attacks that result in a ton of damage.

Defeating The Beastman of Farum with Long Range

If you are a spell caster or simply prefer to deal with the Beastman from a distance as an archer, the strategy is fairly simple. Just dodge his attacks and keep your distance. Whenever there is enough distance between the two of you cast or shoot at him until you are once again dodging for your life. 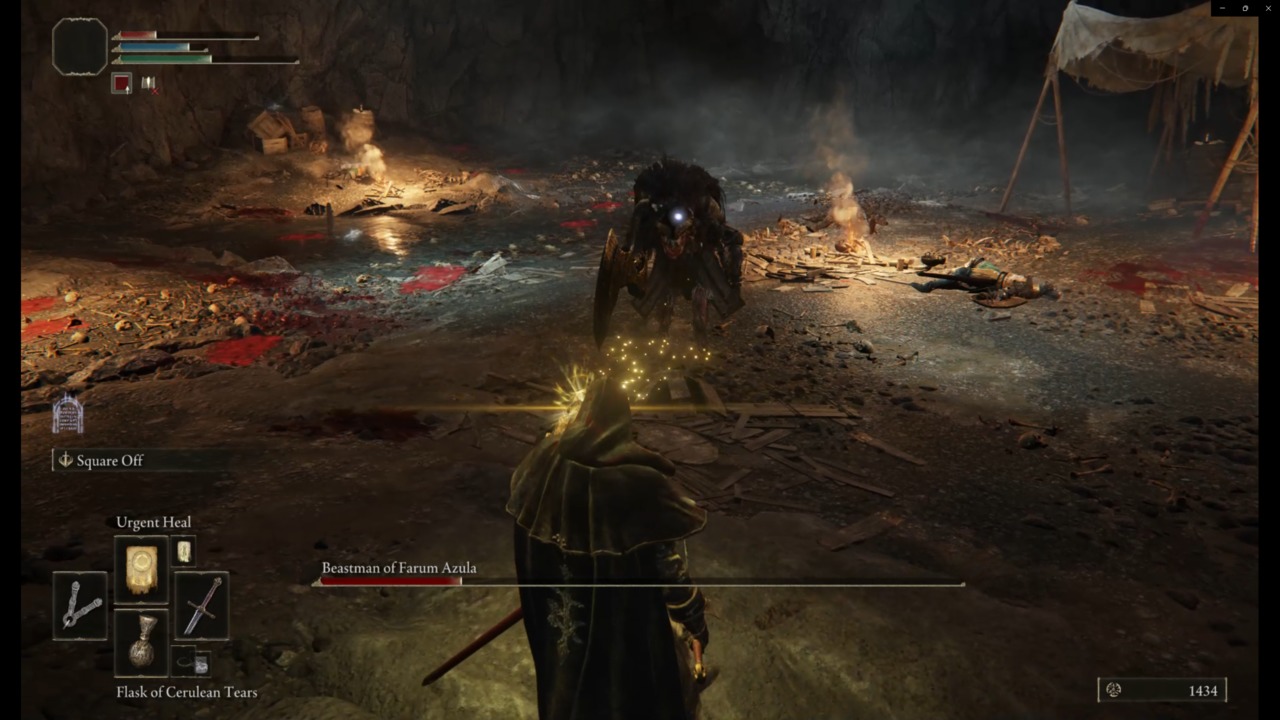 While this is a solid strategy and may appear to be the easiest you may be mistaken. Dealing with most bosses from a distance is normally a solid route to take, but in the case of the Beastman, you are confined to a small circular cave arena. His attack combo can essentially track you backing up from one side of the cave to the other. Creating a good enough distance between the two of you in order to successfully defeat him with ranged combat will prove more difficult for most players than the above melee method.

The Beastman is arguably the easiest boss in Elden Ring, and it would be a good recommendation to search for a fight with him before the Tree Sentinel. After you fell the Beastman of Farum you can claim your prize from its corpse: the Flamedrake Talisman. This Talisman boosts fire damage negation and proves incredibly useful in upcoming areas of the game.