Best ballistics and ammo in escape from tarkov

Your AK-47, that's the real weapon of mass destruction 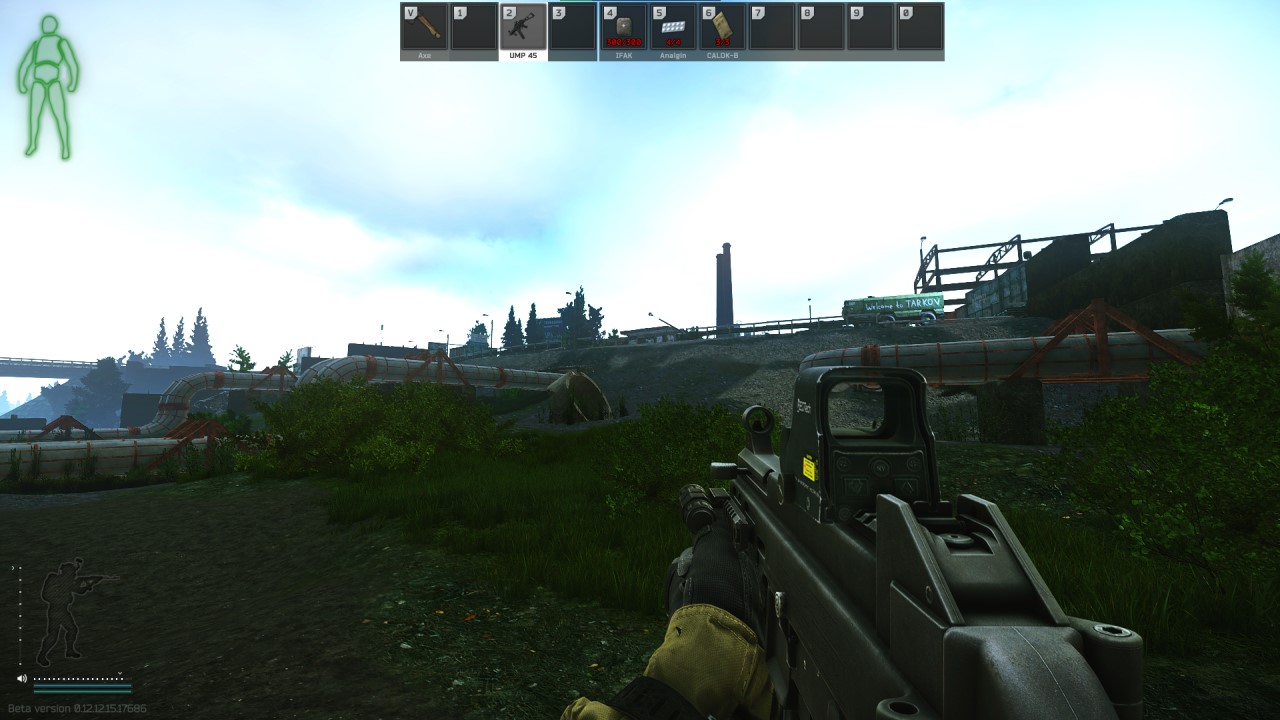 There is one fact that every Escape From Tarkov player knows. It’s not what weapon you use that matters, but the ammo you are shooting. Players would prefer to use a busted-up AK over the most modded M4 if the AK has better ammo. That’s why knowing which ammo is the best in Tarkov is one of the first bits of knowledge you should learn. Let’s go over which ammo is the best and you should be keeping your eye out for in Escape From Tarkov.

Best Ammo to Use in Escape From Tarkov

It can be quite hard to get through many of the early-game quests when you keep on losing fights. There can be many reasons you are losing fights in Tarkov, but one of the easiest ways to improve your odds in a fight is to be using the best ammo for the gun you have.

Since this is your SMG ammo, you are looking more at the volume of fire over effectiveness. While it does have AP ammo that you can use, a lot of the better ammo for 9mm is best used to hit someone in their unarmored legs and quickly kill them that way. The ammo you will want to use is:

AP 6.3 is what you will want to use to tear through armor and is quite effective unless someone is wearing the top-tier armor in the game. All of the other best ammo types are better used for the legs as they do massive flesh damage and can quickly kill someone through spread damage.

For 5.56 ammo types, you will normally be running an assault rifle or semi-auto rifle of some kind. This means that your fire rate is going to be much slower but your bullets hit much harder. As such, the best ammo types for 5.56 lean more into the ammo that gets through someone’s armor rather than the ammo that is good for flesh damage. The ammo you will want to grab for 5.56 weapons is:

The two top-tier rounds for 5.56 weapons are not actually available from any trader and only M995 can be crafted in the hideout. This means that the easiest to run out of the best 5.56 ammo is the M855A1 as you can get it from traders.

BT GS is the best ammo you will be able to buy from traders, so it is what you will be seeing used most of the time. However, if you really want to get through any armor in the game, PPBS GS will easily go through class six armor and below. You would have to be more worried about your ammo going straight through someone and doing less damage than worrying about it getting stopped by armor

The 7.62×39 ammo is the highest caliber of ammo that you can still reliably shoot in full auto and not need to worry too much about recoil. It also is the second type of ammo used by the various AK-type weapons in the game. The ammo you will be looking to use is:

The main issue many players have with this caliber of ammo is that you can no longer buy anything above PS GZH from traders. You can still craft BP GZH in your hideout, but it is much slower to obtain. This means you can’t get any high armor pen ammo from traders of this caliber.

The highest caliber of ammo you will normally run is 7.62×51. It goes in most DMR-type weapons and has some of the highest pen in the game. The trade-off is that these weapons will almost always be used in semi-auto to allow for decent accuracy and recoil control. The ammo you will want to run with 7.62×51 weapons is:

Normally M80 was the standard ammo to run most of the time since it was readily available at a low trader level. Now though, it has been moved to the highest loyalty level you can get with traders, putting it alongside M62 rounds. This means most players won’t be using 7.62×51 ammo until later in the wipe.

All of this ammo will be the best ammo to run no matter which point in the wipe you are. Running the better ammo will really help you out when it comes to later quests in Escape From Tarkov. If you are looking for even more ways to give yourself an edge in a fight, you might want to consider changing around some of your keybinds.

Escape from Tarkov is available in beta only on PC.