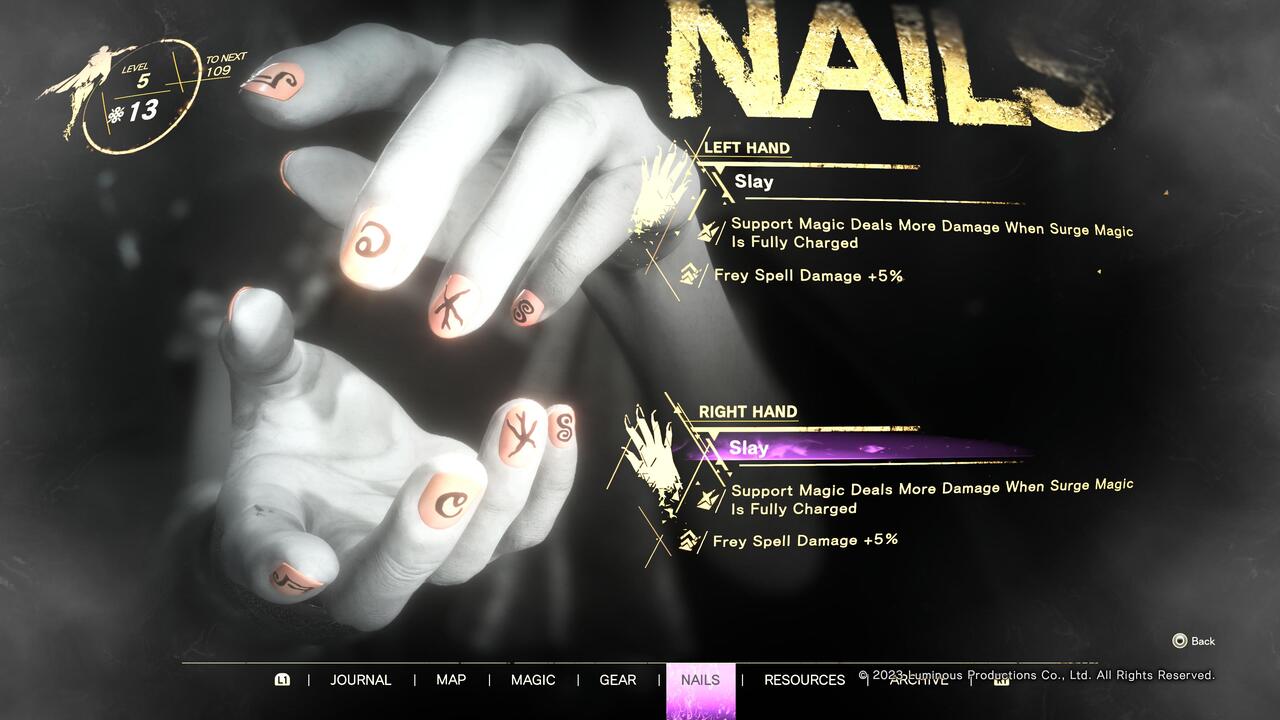 To make things easier in Forspoken, you can change the difficulty or just hunt for better nails. Unlike cloaks and necklaces, nails can be equipped twice, since you have two hands, and they generally add useful effects to make you stronger in battle. If you are just getting into Forspoken, here are the best early-game nails to get.

Nails are arguably the hardest gear to find in Forspoken. As you continue to unshade more parts of the map, the best nail upgrades are found at fort activities, guild activities, and Detours.

For the best early-game nails, complete the Xenos Guild activity. This activity is found as soon as the open world is opened to you. When you complete this activity, you’ll get the Blue Flash nails which make your attack spells charge more quickly.

The two nails you automatically get as you progress through the game are Slay which makes your support spells deal more damage when your Surge ability is completely charged and Clutch which boosts the effect of healing items when your health is low. Both of these nail patterns are extremely good and can carry you through the game.

As mentioned previously, unlike cloaks and necklaces, nails don’t offer any defense or health. Instead, they add a specific bonus to your magic abilities. Once you’ve discovered the magic abilities you like best and know what areas you would like a buff, you can hunt for more nails at fort activities, guild activities, and Detours.

We hope this early-game nail guide helps you become the best version of Frey you can be. And while nails are nice, to be the best, you’ll need to collect a lot of Mana very quickly. Mana will unlock more spells which equal more fun. Plus, you can collect a lot of Mana on your way to activities that reward nails.

Forspoken is available now for PlayStation 5 and PC.