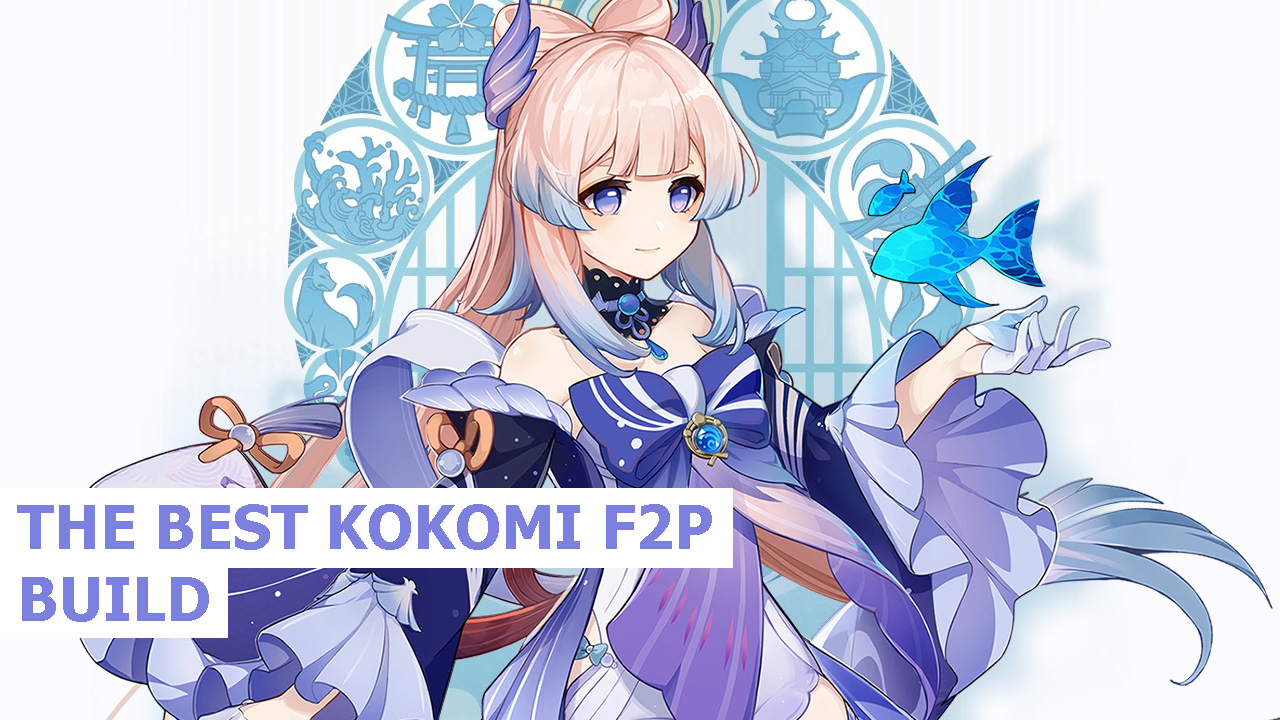 Among Genshin Impact‘s wide array of playable characters, Sangonomiya Kokomi is one of the most misunderstood, mainly thanks to her infamous -100% Crit Rate talent, which causes many to miss out on the fact that she is currently one of the game’s best enablers/healers. But can you build Kokomi as F2P player? Now, in order to answer that and more, here s a F2P Kokomi build sure to showcase to all the true might of Watatsumi Island’s Divine Priestess.

Taking into account that her main role will be that of a healer/enabler, the fact that both her healing ability and Elemental Burst scale of her overall HP%, plus the fact that her Song of Pearls Talent will increase her damage while in her Burst state by 15% of her total Healing Bonus, the best artifact set for Kokomi is a 4-piece Tenacity of the Millelith. The set is our main choice as it will increase her overall HP and offer your party an almost permanent 20% ATK boost.

With that said, a 4-piece Ocean-Hued Clam is recommended for those who plan on enhancing Kokomi’s personal damage while in her Burst state, as the set will both offer a 15% Healing Bonus for her already high overall stat, all while allowing her to deal a set amount of flat damage after performing both her Skill and Burst. Using a 2-piece Ocean-Hued Clam/Maiden Beloved + 2-piece Tenacity of the Millelith can also work great.

Like Barbara, the best F2P weapon for Kokomi is a fully refined Thrilling Tales of Dragon Slayers, as the Catalyst will massively increase her overall HP and offer your party an extremely powerful and useful ATK boost.

If you plan on using Kokomi as an on-field reaction enabler, using the 4-star craftable Catalyst Hakushin Ring at the highest refinement possible will be our main choice, thanks to its ER substat and overall Electro/Hydro DMG boost. It’s important to point out that, for the weapon to truly shine, you will need to have at least one Electro unit at our party.

In both scenarios, our second recommendation would be the use of the also craftable 4-star Catalyst Prototype Amber (R5), which will give Kokomi both a healthy amount of HP and offer a good passive for the team.

Thanks to the peculiarities of her set, Kokomi can shine in a wide array of different compositions, from Electro+Hydro reaction-focused assembles to Vaporize and Freeze teams. With that said, you can check out the best teams for Sangonomiya Kokomi below: