Using the Right Weapons for the Right Circumstance. 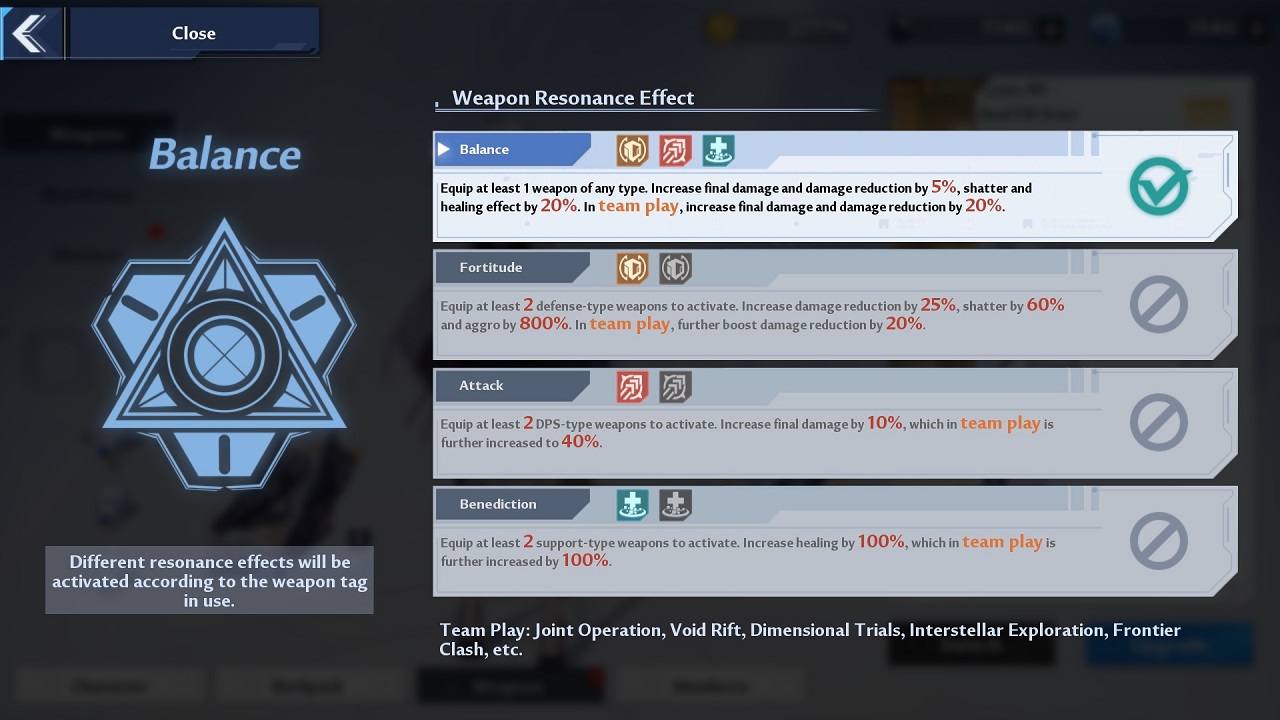 There is a series of different weapon combinations that exist in Tower of Fantasy, each with their corresponding effects depending on the weapon loadout that the player ended up selecting out of the roster of weapons that they currently have at their disposal. Using weapons of matching categories or having specific type setups in Tower of Fantasy help to provide players with additional bonuses called resonance, which is important to consider if players want to make the most of their weapon loadout in the game, no matter the scenario that they find themselves in.

The Best Weapon Combinations in Tower of Fantasy

Depending on whether or not the player is clearing through solo content or playing with other players, the setups that they should run for their weapon loadout can differ. Though the general gist is that players should try for a mixture of weapon types or to be more offensive-oriented in single-player content while diverging up their build in multiplayer content, depending on the role that the team requires for Void Rifts of Frontier Clash.

Players doing content by themselves are solely in charge of keeping their character alive and breaking shields that elite enemies or bosses have. Such scenarios make it easier to recommend having one each of the defense, DPS, and support weapon variety on the same loadout, making for a Balance resonance. The generalist approach to open world exploration or clearing out ruins is the safest bet as players are getting boosts to parameters that they would all require while managing enemies and content on their own.

In instances where the Balance resonance isn’t possible due to the lack of weapons (in number or ascension), or if the content has an infinite amount of retries, the player can consider going for an Attack resonance, fielding two DPS weapons while running either a support or defense weapon for the remaining slot. In such instances, players don’t require consistency as opposed to just clearing out the one-time content they find difficult, so trading safety for more power is a more than valid option.

Void Rift or Frontier Clash is where a team-oriented approach towards building your weapon loadout becomes more important. If everyone vies for the DPS position, the team will eventually get stumped by boss specials due to not breaking their shields before the timer expires, or start losing team members due to a lack of support and sustain. For players with DPS weapons less built than the teammates they are queuing up with, the healer (Benedict resonance) or tank (Fortitude resonance) are much-needed positions that require filling in teams.

It is also necessary to point out that players might have a much easier time getting a team assembled in the Team lobby if they are playing a healer or a tank, as opposed to competing for the DPS position. Unless they are queuing up for Void Rift or Frontier Clash using the matching function, where players are matched up with randoms who may or may not accept the join request.

The Weapon Skills (Combos) in Tower of Fantasy

On the other hand, for players curious about weapon move sets, a tooltip can be found below the mini-map on the top left corner of the HUD, in the shape of an exclamation mark. Scroll down to the very bottom, click the Weapon Skill tab, then select the type of weapon to check out the different moves that can be executed by the player while using the weapon. 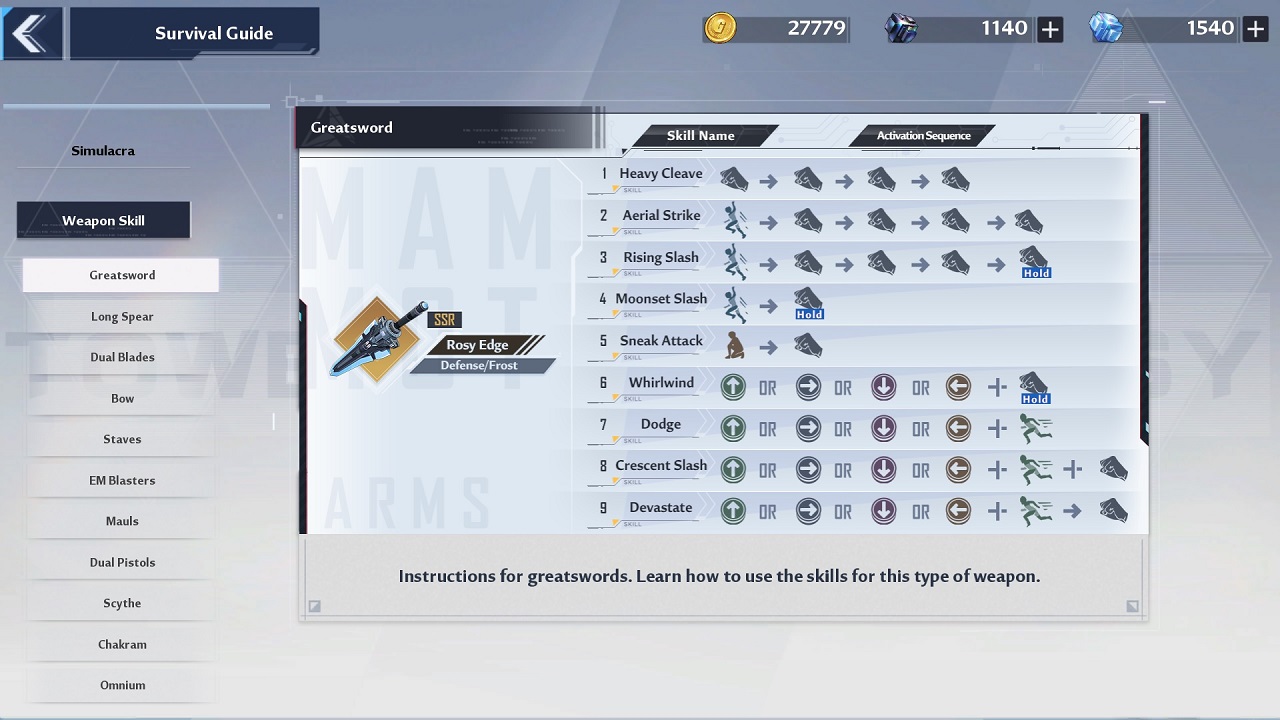 It is probably in a player’s best interest to browse through the skill sets currently available in-game for each weapon type to make the most out of their weapon’s move set. The icon indicators correspond with the following actions:

It is best to simply experiment with those combos for the time being as there isn’t a consensus as to what the best ones are yet so far.  The basic combo will generally get the player through most PvE scenarios (with better alternatives here and there). As for PvP, the current meta is built around stalling the enemy with healer team comps, so it’s hard to say how much learning combos will help in those situations.